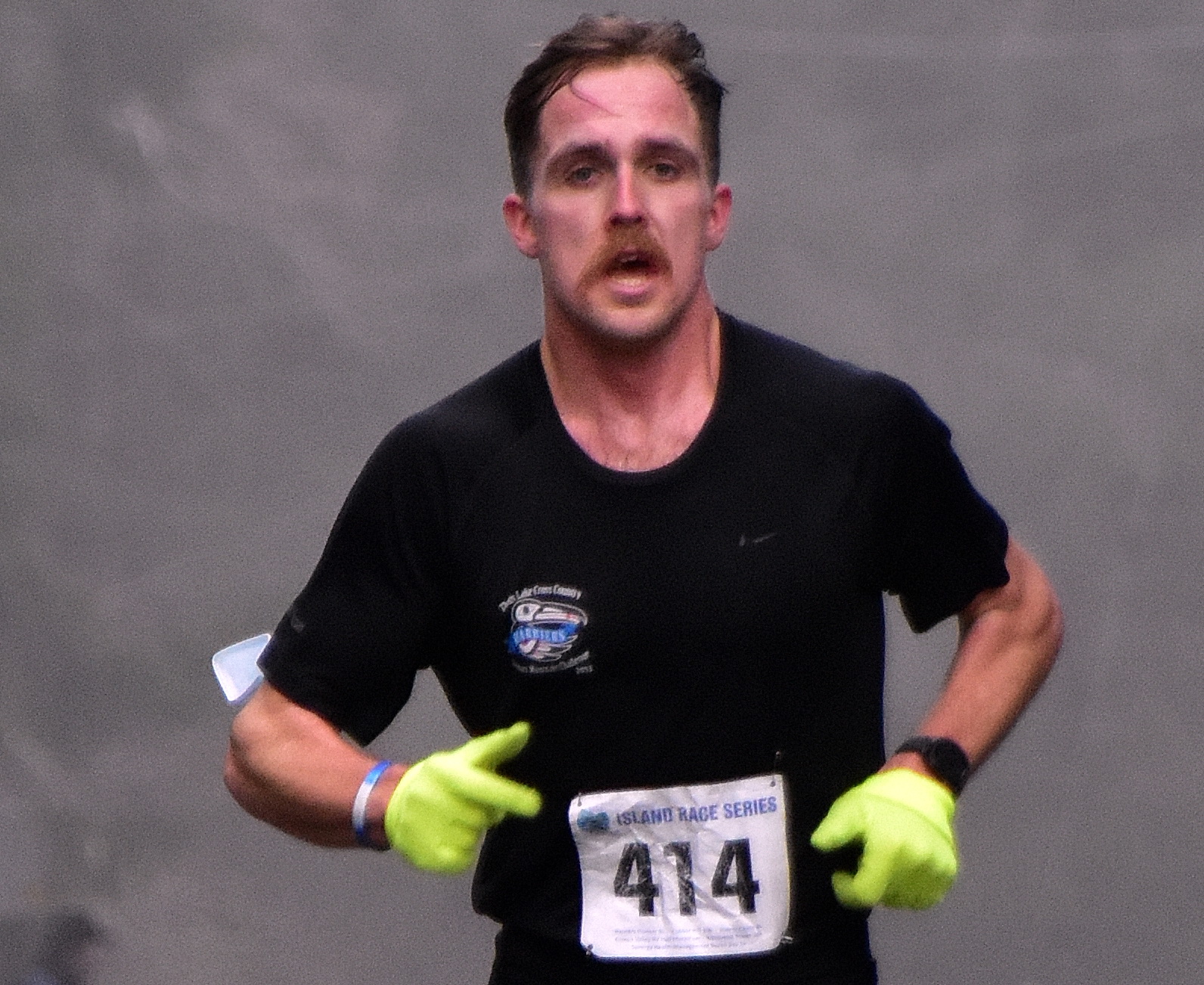 Poet Lady Mary Montgomerie Currie by her literary name, Violet Fane, is known for her poem Let me Arise. How appropriate for race day. She is also known for coining the phrase “All good things come to those who wait.”

It has been two years since the Vancouver Island Race Series has had an event happen, due to the pandemic. The first race of the 2022 series, the Harriers Pioneer 8K was postponed due to snow, Covid-19, and of all things a shortage of porta-potties. Anticipation was high.

Sunday, the second race of the series, but first to happen in 2022, the Cobble Hill 10K, saw 414 runners emerge from the fog, each of them feeling victorious in getting the opportunity to race again.

The race is put on by the CEEVACS Running Club of the Cowichan Valley, who were out in force.

The men’s winner was Logan Roots. The former Victoria resident, being in the military, has over the past five years lived in Whitehorse, Winnipeg, Kingston, and is now in the Comox Valley. He led from the gun to the tape clocking a 31:56 finish time.

Before the race started he was asked how his fitness is and he replied, “good enough to win, I hope.”

That is confidence for a runner whose club name is Run for Beer Comox Valley.

Jonathan Walker was nearly a minute back at 32:57 for second place. Dusty Spiller took third in 33:03.

Roots is training for the Comox Valley Half Marathon with the ultimate goal this season being the Eugene Marathon in Eugene, OR.

“I am looking forward to attempting about a 2:25 down there and finishing in the Hayward Field,” said Roots.

The Eugene Marathon happens May 1, while the Comox Valley Half Marathon will be run on March 13.

Let me Arise is most apropos for Meg Lewis-Schneider who has come back from a series of injuries and perhaps a case of RED-S, where she got herself down to just 88 pounds. With her health scares she was off of running for approximately three years.

“Regardless of my time, I am in such a good place right now and so happy to be back running,” said Lewis-Schneider, who is coached by Jim Finlayson.

“I have to give a shout out to my coach, he has been so patient with me. I didn’t expect to win in my first race back.”

Lewis-Schneider clocked a 35:38 finish time. She has run as fast as 34:53. The 28-year-old expected a better result in Cobble Hill but was thrilled with finishing healthy and taking the win.

Aaron Holmgren took the masters 40-44 category finishing fifth overall in the time of 33:35. Finlayson took second and competes in the 50-54 age group clocking a 33:57 and sixth overall. Stuart White took third in 36:14 and 12th overall.

Derek Benchley, who runs in the 65-plus age group ran to an impressive result with his 49th place finish in the time of 40:23. He and several other Comox Valley Road Runners – the host club of the Comox Valley Half Marathon – took in the race.

Sheila Nykwist was the first women’s master athlete clocking a 40:45 for the Prairie Inn Harrier member.