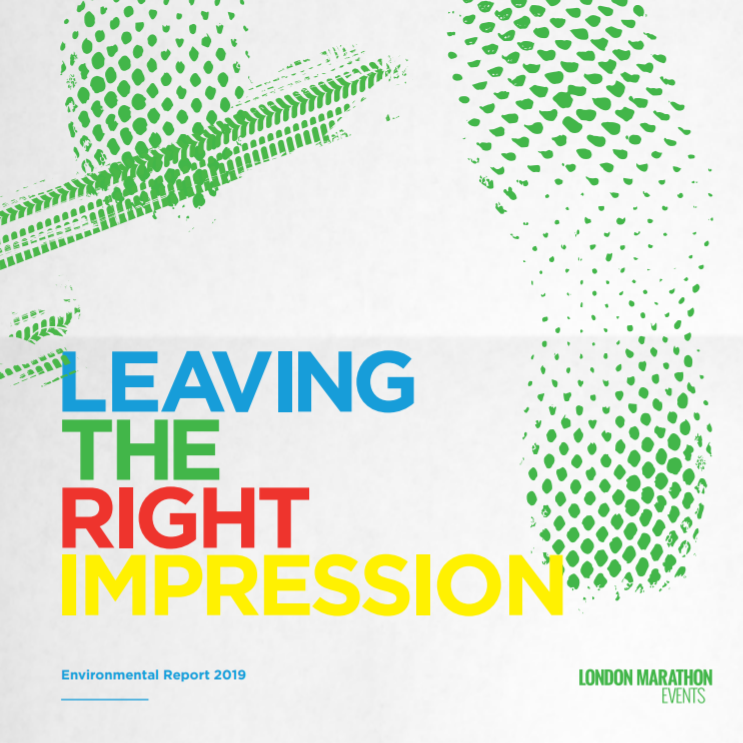 Labelled “Leaving the Right Impression”, the report outlines the waste, emissions and products produced and used across all the LME’s events, and at their headquarters and warehouse in 2019.

The report details how much is recycled and reused, as well as assessing some of the initiatives it trialled at the 2019 Virgin Money London Marathon.

Measures included bottle belts made from 90 per cent recycled materials, which were used by 700 runners and recorded how much water they used.

The report said runners reported that using a bottle belt had a positive effect on their performance as they had access to more convenient and regular hydration.

LME say the bottle belts have the potential to significantly reduce the number of plastic bottles used and water wasted.

A post-race survey saw 83 per cent of the respondents who tried them rating them as good or excellent.

Bottles used in these boroughs were collected, bailed and returned directly to Buxton and Lucozade Sport where they were recycled into new products.

It is claimed that this process provided vital data and lessons for LME on how waste is managed at water stations and has improved collection and recycling at all LME events.