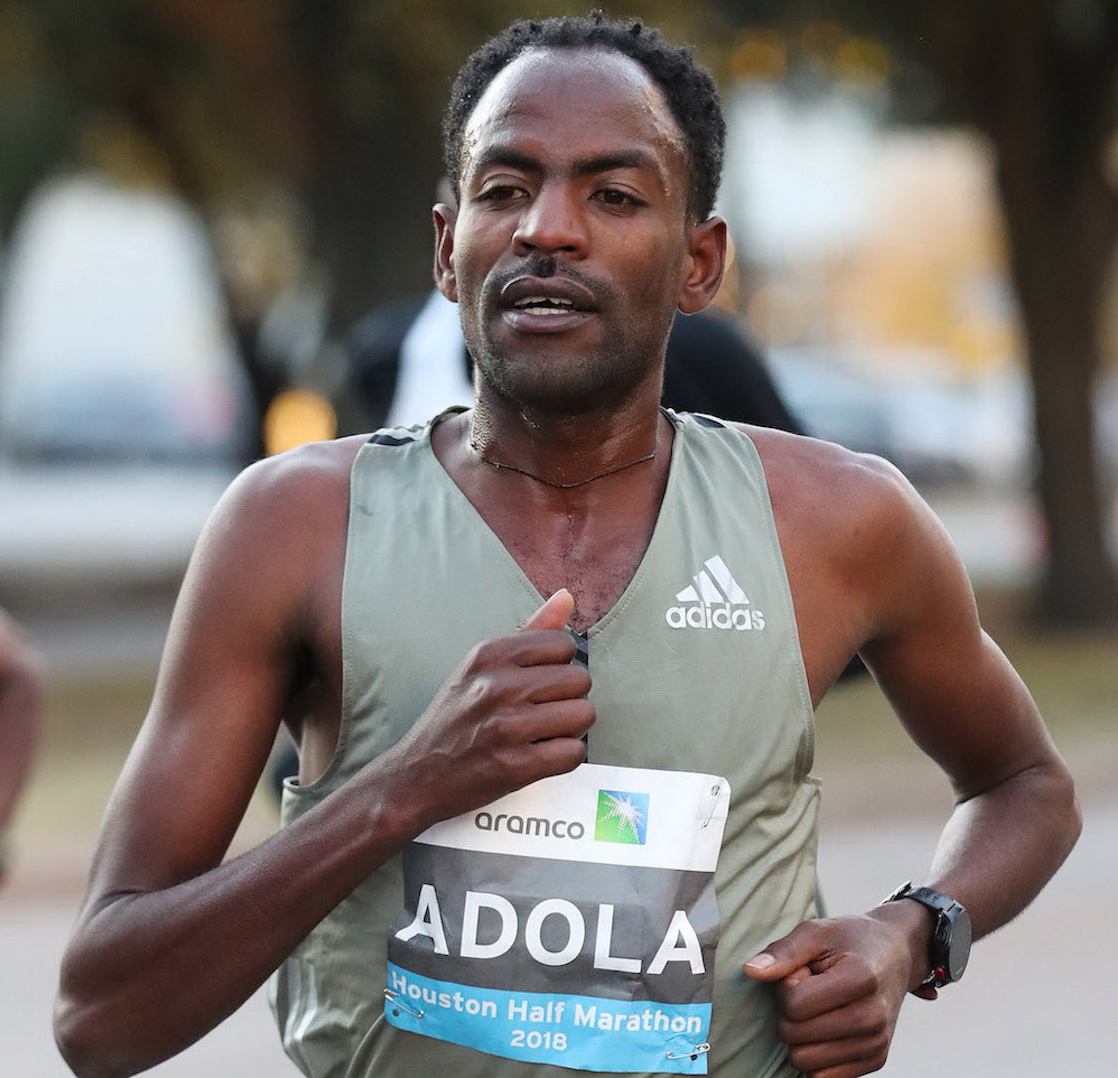 Guye Adola of Ethiopia, last year’s surprise newcomer on the marathon scene, will run his next effort at the distance in Frankfurt on October 28. He set an unofficial world record as a debutant marathoner with 2:03:46 to finish second in the 2017 Berlin Marathon, coming within a hair’s breadth of beating the Kenyan superstar Eliud Kipchoge. The Mainova Frankfurt Marathon will feature a contest between a trio of runner-ups, setting Guye Adola against his fellow Ethiopian Kelkile Gezahegn and the Kenyan Martin Kosgey. The latter two each finished second in Frankfurt in the previous two years. The German record holder Arne Gabius will make his fourth appearance in Frankfurt while Japan’s Hiroyuki Yamamoto will also be on the start line.

“We are looking forward to a thrilling men’s race with world-class runners,“ said Race Director Jo Schindler. „We are pleased when athletes of this calibre choose Frankfurt for their autumn marathon. It is always our aim to present world-class athletes and at the same time to offer perfect conditions for every single runner.“

Guye Adola is the marathon runner who almost broke the lengthy dominance of the Olympic champion Eliud Kipchoge a year ago. Just before 40 kilometres in Berlin the 27-year-old was in the lead but Kipchoge, unbeaten in the marathon since 2013, was able to overhaul him. Adola finished with a sensational marathon debut just 14 seconds behind the Kenyan and the second fastest time in the world. His time of 2:03:46 was also an unofficial world record for a debut marathon (official records for this category are not maintained) since no athlete had ever run faster in their first marathon on a record eligible course.

Adola’s performance in 2017 also made him the second fastest Ethiopian ever to run the marathon behind Kenenisa Bekele and ahead of the former world record holder Haile Gebrselassie. “I really enjoyed everything about my marathon debut until the last few kilometres,” said Adola, whose time also earned him eleventh place on the world all-time list.

In the spring Guye Adola found himself running the London Marathon in a heatwave and, after going with the super-fast early pace, he struggled across the finish line so has extra incentive to reassert himself with a fast time in the Mainova Frankfurt Marathon.

Kelkile Gezahegn also sprang a surprise last autumn as the Ethiopian improved his best by two minutes to finish second in Frankfurt in 2:06:56. He confirmed his new level of performance by improving to 2:05:56 for third place in Rotterdam in the spring. Alongside the Ethiopian duo on the start line will be Martin Kosgey, the Kenyan who ran what was then a personal best of 2:07:22 to finish second in the 2016 edition of the Mainova Frankfurt Marathon. Returning last year, he finished fourth in 2:09:39.

Hiroyuki Yamamoto will lead a strong Japanese contingent in Frankfurt. He ran his best of 2:09:12 in Tokyo in 2017, finishing tenth.

The German record holder Arne Gabius will be running the Mainova Frankfurt Marathon for the fourth time. The 37-year-old has run under 2:10 in all three previous marathons in Frankfurt and no other German runner has broken that barrier for over 25 years. “Frankfurt is the best place for me. Why should I do anything different?” said Gabius whose time of 2:08:33 here in 2015 broke the German record set by Jörg Peter 27 years earlier by 14 seconds.