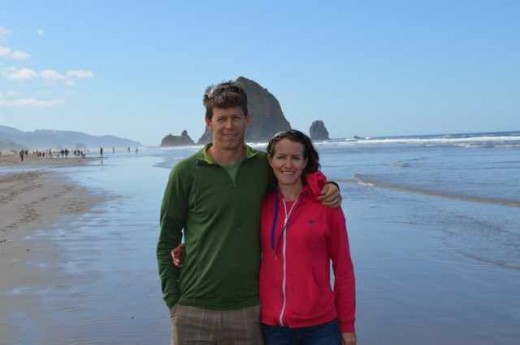 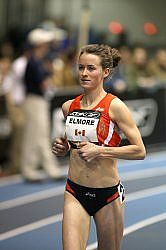 What is Malindi Elmore up to these days? Former Canadian 1500-metre champion and Stanford Alum is busy on several fronts, including potentially transitioning to racing longer distances and or competing in multi-sport events as well as coaching others. Below, she discusses developing her career (aspirations), but maybe on a more important note: drinking wine in the desert; perhaps a post-destination half-marathon race recovery technique?

Christopher Kelsall: What is Malindi up to these days? Apparently you ran a half-marathon in California recently, how did that go?

Malindi Elmore: I did! It was a really fun event. I wasn’t planning on racing as I was initially in Napa to help with the event since I am helping the organizers with the event in Kelowna, their newest race here this fall called Kelowna Wine Country Half Marathon; however, about a week or two before the race I was invited to run it as well. It was fun to run the event and represent and promote the Kelowna event at the same time. It was actually funny how much positive feedback I got from the race when in reality, even a poor track race in the past was a better relative performance. It’s like every runner needs to do a marathon and every triathlete needs to do an ironman to be “legit”.

It was really hard though! 21.1 km is a long way to go and I haven’t been running or training much in the last year so my legs were not at all prepared for all the pounding. I was a sore puppy for a few days afterward!  It reminded me that training does make a difference!

CK: So you are saying triathletes are legit?

ME: I have a lot of respect for triathletes. It is hard! Running after a hard bike ride is no joke, in fact I am usually cursing myself the entire way. However, until triathlon is truly global it will never hold the same esteem in my eyes. Track is one of the few sports – including maybe soccer – that is accessible to people of all socio-economic background and national GDP in the world.  Triathlon is still a rich-man (and woman) sport from developed countries with infrastructure such as good roads, nice pools and carbon-fiber bikes. I wish that organizations, the public, the government etc. would recognize that being top 25 in an event in track and field is equivalent to a much higher ranking in another sport that receives more funding and recognition.

CK: Are you going to legitimise your international middle-distance running career by running a marathon one day?

ME: I will definitely do a marathon one day, but right now I only want to do it if I will be competitive and trying for an Olympic team or a National record or something. And that requires a lot more than what I am currently doing. So, I either jump on that train and join the exciting development of Canadian women or I wait a few years so I am content to do it for the experience. But ideally, I would like to have kids first so it is actually very hard to fit it all in – a challenge for many athletes as you realize that both your athletic and your biological clocks have “best before” dates! How’s that for non-committal?

CK: Solid and epic non-committal-ness. Who are the people behind Destination Races?

ME: A small group of folks from Napa-Sonoma. It is a small world actually because a teammate of mine from Stanford, Julia Mallon (formerly Stamps) works for DR. She was actually part of the reason why I went to Stanford, as she hosted me on my recruiting trip and was an idol of mine while I was in high school. Anyways, she sent me a message a few months ago that she was going to be in Kelowna to put on a race and I was super excited. When they needed someone to help out with some local stuff I was really excited to be able to jump on board and work with Julia again. It has been fun to reconnect after 10 years and always cool to feel like the world isn’t so big after all.

CK: Are you moving up to longer distances going-forward?

ME: I have been in a “holding” pattern for the last year. I was quite disappointed at the end of my track season last year and decided to pursue some other interests this year, including career development, coaching, events, and general life balance. My competitive life is not over – I don’t think it ever will be because I do love the energy of races. I am just not sure if that will be recreationally or competitively focussed and what my expectations will be. Right now I have been quite happy riding my bike, running the trails, swimming, skiing, etc. – just active without a specific goal or structured training.

CK: General life balance, eh? Sound like pasture-grazing. In terms of career development, are you a school teacher now?

ME: It’s one ball I am juggling, but not the only! Much to the chagrin of my husband…I want to do it all!

CK: The half-marathon organisation is named, “Destination Races”, is there an elite element to them?

ME: There is an elite section but the primary focus is on creating a really fun and quality race weekend for everyone. There is prize money and I did win a 3L bottle of wine so that was pretty cool!  However, the race is called “Destination Races” because it offers a great race as well as lots of other fun activities such as wine tasting, wine tours, yoga, great dinners, etc. that make it worth traveling for.  I think it is going to be so much fun to have both local Kelownians and visitors experience the event because it is such a gorgeous course and city – and a little post-race wine tasting is fun too.

CK: How fast is the (Kelowna) course?

ME: I actually have no idea. It offers 450 feet of downhill though, so people are happy about that.  I guess we will know after the first year!

CK: Sounds fast, how was the wine in Napa?

ME: It was pretty amazing, I have to say. I shared it at a Hood family reunion and it was quite the hit. We could have handled another couple of bottles!

CK: Are all their events the half-marathon distance; seems to be a popular length anyway!

ME: The staple events are half-marathons but there are sometimes other options too. In Kelowna there is a two-person relay so the transition is at a beautiful winery, Tantalus Vineyard, en route.

CK: Are you running the Kelowna event, or are you too busy helping out?

ME: I am not sure yet! I decided the Napa to Sonoma half-marathon that if I am going to spontaneously jump in any more races this year (I did a half ironman on 2 days’ notice) that I need to start doing things like long runs, tempo or fartleks again. Or not, I guess!  I do think it will be a busy weekend though so I may need to be on the 4:30 am set-up team or something which isn’t ideal race preparation. And it is pretty fun being on the other side of racing too. You realize how much work goes into putting on great races and get a different kind of buzz from seeing everyone else have so much fun running.

CK: It’s noon somewhere. So the post-race shenanigans with the wine tasting makes for an unusually fun event, then?

ME: I think it is a fan fav for sure. I think it makes for an ideal morning for a lot of people! Get the hard run in early and then relax to some wine and music in a beautiful lake-front park.