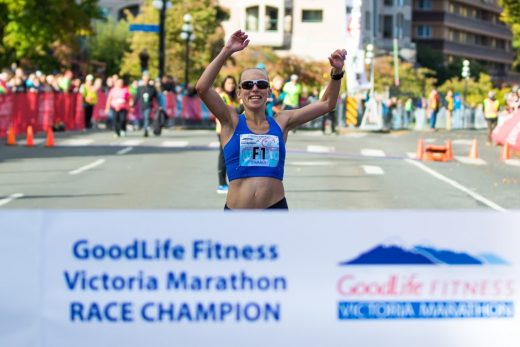 Additionally, the elite athlete program has been suspended until 2022. Although some elite athletes may race the event in 2021, there is no prize purse.

The Royal Victoria Marathon takes place in Victoria, BC on Vancouver Island, which is situated off the west coast of Canada.

Loch Ness Marathon is back

The marathon that takes place in the Scottish Highlands named after the great lake Loch Ness has returned after a pandemic-caused hiatus.

The marathon starts near Whitebridge, and follows the southern side of Loch Ness, passing through the villages of Foyers, Inverfarigaig, and Dores. The route finishes at Bught Park.

The marathon was first established in 2002. It ran for 18 consecutive years until 2019.

The weekend event includes 10K and 5K races in addition to the marathon, which takes place during the first Sunday of October each year.

Organisers of the Vienna City Marathon have reported no COVID-19 cases related to its race held that was held last month. There were 18,118 competitors at the event.

Athletes came from 126 nations. Apparently, at least 93 per cent of participants were vaccinated.

The Public Health Service of the City of Vienna announced that no infections were recorded in connection with the event.

The first edition was held in 1984 with just 794 competitors. It is now Austria’s largest road running event. The 2010 edition had record participation levels with 32,940 runners from 108 nations taking part.

There was no event in 2020 due to the pandemic.

London Marathon is back on its original course

Perhaps by the time that readers have seen this article, the London Marathon will have already been run.

The 2020 edition was moved from the traditional time of year in April to Oct. The course was changed too, to St. James Park, a closed loop that required multiple laps.

The date remains for this year, however, organisers plan to move the marathon back to the April timeline. The original course is back, however.

It is the largest participation marathon in the world and is the biggest charity event in the world.

Although marathons in London have a history dating back to 1909, the London Marathon as we know it started in 1981.

World record holder Kenyan Eliud Kipchoge hold the current course record at 2:02:37 from the 2019 edition. He tried to win in 2020, however, he didn’t enjoy the cold, wet, and windy weather and although he finished had a sub-par performance. He is out this year.

English runner Paula Radcliffe, the former world record holder set that standard in London at 2:15:25 in 2003.

It is regarded as one of the deepest all-time fields in marathon history.