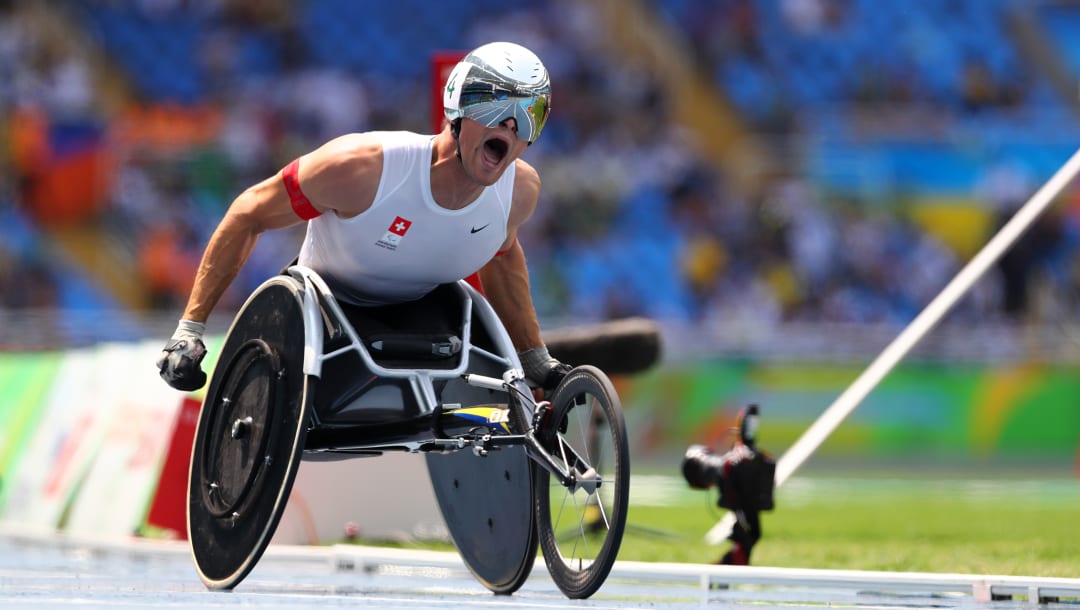 Hug turned off course during the 125th Boston Marathon, which cost him valuable time. He was looking to break his own course record.

The five-time Boston marathon champion missed breaking the record by seven seconds. That was worth $25,000.

He told the Guardian, “I would say it cost me 20 seconds and it should have been possible to get the record, for sure.”

“It should not have happened. It’s my fault. I was just focussing on my performance. I didn’t think about that. It’s sad, but it happens.”

The Swiss Silver Bullet won his first Paralympic gold at the 2016 Rio Olympic Games. Hug won the Abbott World Marathon Majors title for 2016 and 2017 (the challenge is over two-year spans) and earned three World Athletics Championships gold medals at London 2017 where he dominated the men’s T54 distance events.

The couple that cheats together…

You may ask, why cheat if you are going to run over four hours to finish the London Marathon?

Piotr and Monika Czarnecka finished the London Marathon in the time of 4:40:58 to finish in 21,697th place. The good news is that they didn’t go off course to attain a faster time, just Piotr was there to support his wife in her first marathon. He ran as a bandit, unregistered, and wore the thinly disguised same race bib as his wife showing the number 11250.

They received a strong social media backlash for the stunt.

As harmless as banditing a race is, technically the liability insurance would not cover Piotr if something happened to him during the marathon. Piotr and Monika are age 41 and 42, respectively.

“The supporters were amazing, and their cheering and clapping helped me finish the marathon and it hurts to think that I’ve let them down.

“This was my first marathon and I needed Piotr’s support because I was worried sick that I wouldn’t be able to finish it.”

Piotr added, “It was all my idea and I take full responsibility for it. I know it’s wrong and I’m truly sorry, but I did what I did to support my wife.”

The couple should be let off the hook as they were not trying to cut the course and certainly were not in the running for prize money.