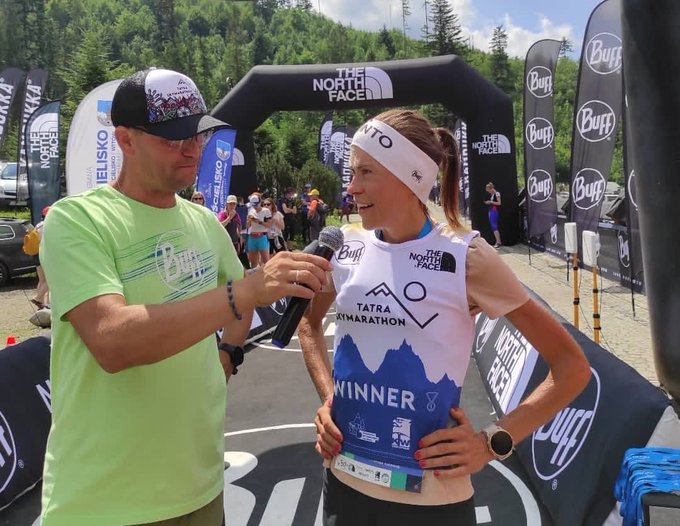 Here's our women's podium for Tatra SkyMarathon, round 4 of our World Cup:

Vašínová won by more than 10 minutes over the second woman Katarzyna Solińska of Poland. The route was approximately 40K long. She clocked a time of 5:02:08.

Meanwhile, Solińska built a big gap over Britain’s Charlotte Morgan who later faded but hung on to earn a bronze medal.

Andrzej Witek made it a one-two for the host country, also finishing five minutes ahead of Spain’s Raúl Criado Sánchez. Sánchez, Started fast but faded in the latter stages to claim bronze.

The fifth stage of the WMRA Mountain Running World Cup will take place in Zinal, Switzerland.