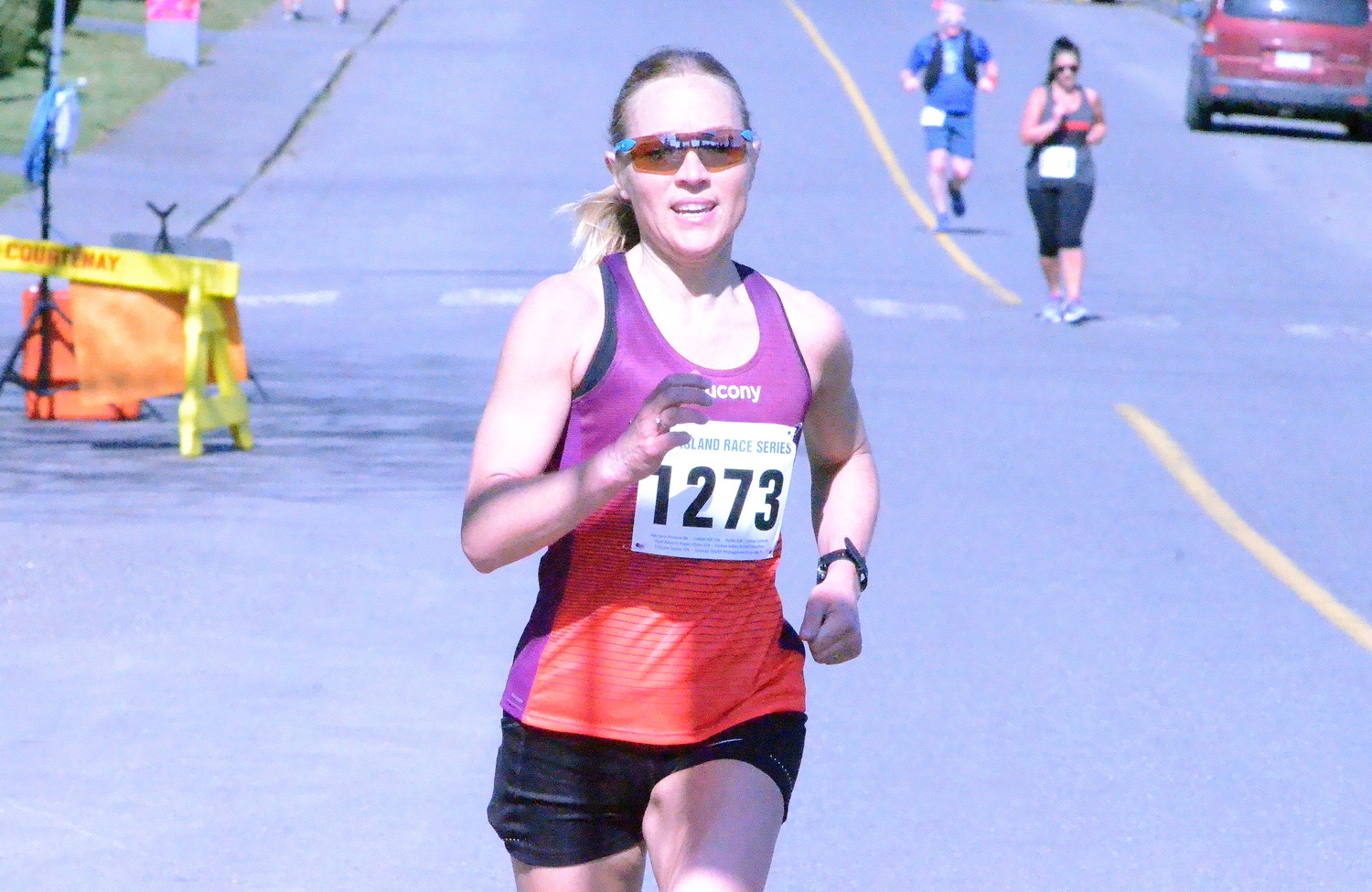 Forty is the old age of youth; fifty is the youth of old age.
-Victor Hugo

Sunday, the youthful Marilyn Arsenault won the Comox Valley Half Marathon. She crossed the finish line in the time of 1:21:17, good for seventh overall.

At 51, she continues to run well into the youth of old age.

The second female was Karen Thibodeau of Vancouver, clocking in a 1:22:09 finish; she competed in the 40-44 age category.

Arsenault continues to thumb her nose at age. At age 45 she ran a 2:40:20 marathon in Toronto. At 41 she set the Victoria half-marathon record at 1:15:39 – it has since been bettered. She ran for the University of Victoria Vikes with teammates that were young enough to be her daughters.

She has set several national masters records on the track over distances from 1500-metre to 5,000-metres. Sunday, she took the Comox Valley Half Marathon course record for the 50-54 age-group.

Although the temperature got up to about 14 degrees, to the athletes, racing felt much warmer. The skies were clear and there was little to no breeze.

Noseworthy took the lead early and held it for the entire race.

“I was looking to go sub-70. It is my second half-marathon. The first one was interrupted by a bathroom break, so I wanted to do well at this one,” said Noseworthy.

Searle ran at marathon pace. He will be competing in the 2019 B.A.A. Boston Marathon in April. Searle finished in the time of 1:15:03. His personal best at the marathon distance is 2:36:31 from Ottawa in 2018. He came in as the defending champion.

For the men, it was apparent that youth hasn’t been wasted on the young as 18-year-old Antoine Minfray of Campbell River ran himself a six-minute personal best for third place, crossing the line in 1:15:37.

Two races remain in the eight-race Vancouver Island Races Series. The next one is the TriStars Sooke 10K on Sunday, April 7. The final race of the series takes place on Sunday, April 14 in Sidney for the Bazan Bay 5K.