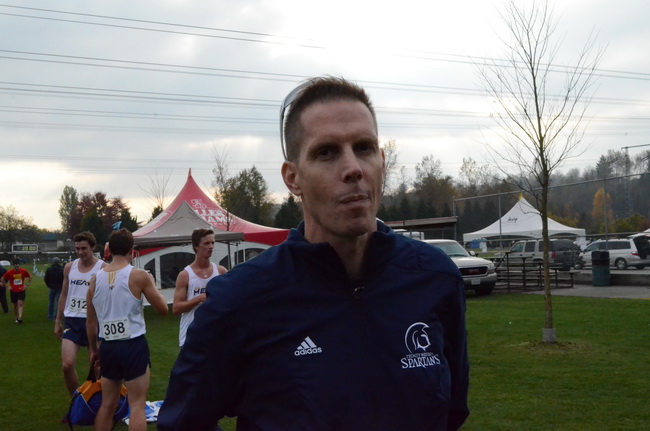 On August 27, Queen’s University announced that Mark Bomba will be the new head coach of their Gaels cross-country and track teams. At the same time, Shane Lakins was announced as the assistant coach.

Bomba is filling a position that was made available after the departure of long-time head coach Steve Boyd, who was let go primarily due to social media activities that were allegedly in conflict with the university.

Bomba is known for coaching Fiona Benson who went on to compete in the 2015 Beijing World Athletics Championships as well as several other strong athletes including steeplechaser Regan Yee, Scottish runner Sarah Inglis. There were many other athletes that joined him after graduating from TWU at the Langley Mustangs Endurance Group.

On August 27, Queen’s University Gaels announced that Mark Bomba will be the new head coach of their cross-country and track teams. At the same time, Shane Lakins was announced as the assistant coach.

Bomba is filling a position that was made available after the departure of long-time head coach Steve Boyd, who was let go primarily due to social media activities that were allegedly in conflict with the university.

Bomba is known for coaching Fiona Benson who went on to compete in the 2015 Beijing World Athletics Championships as well as several other strong athletes including steeplechaser Regan Yee, and Scottish runner Sarah Inglis. There were many other athletes that joined him after graduating from TWU at the Langley Mustangs Endurance Group.

With Bomba’s departure from Langley, BC (Greater Vancouver) Benson and Inglis will now take coaching positions with the Mustangs.

“We are thrilled to welcome Mark and Shane to our coaching staff and to continue building the success of our Cross Country and Distance Track student-athletes and team. They each bring an extensive set of skills and history working with elite level athletes at all levels to achieve their goals and they both have a high degree of familiarity with the Canadian University system,” says Leslie Dal Cin, Executive Director, Athletics & Recreation. “I am confident that our programs will flourish well into the future.”

Christopher Kelsall: Queen’s Gaels has had some good success over the years. Do you feel any sense of pressure to get results early?

Mark Bomba: Not really. I’ve always been process and developmentally oriented and that won’t change. I hope to build new coach-athlete relationships. Building those relationships takes time and until those are in place we’ll just try and continue to grow. Despite all the pressures of COVID and having no competitions, the situation has allowed a bit of a break for the athletes to regroup and refocus their energies. The athletes won’t lose any eligibility and we have the chance to help them transition and develop over the next year. Despite losing their competitions we’ve really tried to be empathetic and simply just try to help us all move forward.

CK: You have built such a network in the running community on the Lower Mainland and Kingston is a long way away. How long of a process was it to make the decision to apply for the Queen’s job?

MB: Yes, it certainly was a long and intense process that began in June and did not end until later in August. Making the decision to even just apply involved a long conversation with my family. I also turned to many colleagues, role models, and mentors for advice, information, and viewpoints. Once the decision was made to apply, then there were a series of interviews and meetings. Even being offered the position took a bunch of conversations and weighing the pros and cons of moving across the country. As my wife said, “This was the most difficult choice we have ever had to make.”

CK: What is going to happen to some of the post-collegiate athletes like Regan Yee and Sarah Inglis? Will you be coaching them online for now?

MB: One of my main decisions for me to not be ‘on the ground’ in 2020, and work with assistant coach, and former Queen’s head coach Shane Lakins (who will be carrying out the day to day interactions with the athletes), was based on working with this amazing group until after the Olympics. The key for me was I needed to know they’d be okay if I wasn’t there all the time. The one thing I’ve tried to instill in the athletes I have had the pleasure to work with is they are independent of me. I was confident that as long as I could see them through this Olympic cycle then we’d be able to do anything. After what we’ve been through over the years, I knew they were strong enough to handle just about anything.

Fortunately, Queen’s was willing to problem solve and offer this situation and allow me to come next summer. They were very understanding of my need to work with my current group of athletes, while also allowing me to accept the position in 2021. We’re in the process of setting up a transition team that will hopefully meet the needs of these athletes. At this moment, it may look similar to what Shane and myself are doing with people ‘on the ground’ here and I’ll set up the general programming.

CK: Based on what you know about the teams at this time, will they be a young team that you are planning a future with, or are they mature and ready to finish well at U Sports next year, if there is a next year or season?

MB: Good question and honestly until the whole COVID situation is stabilized everything is up in the air. Right now, I just want to support athletes in this difficult time and help them deal with this situation in a healthy supportive manner. We’re trying to be empathetic and flexible for each individual athlete’s situation. If that means being able to have more mature athletes around (assuming older athletes have not graduated) then great, but I’ll work with whatever athletes are willing to work with myself and Shane moving forward.

CK: Will you only be coaching, or will there be a teaching role?

MB: Fortunately, my role is coaching only. So, it provides me the time and energy to focus on those things that I have been unable to focus as I was teaching high school all this time. I was teaching while trying to coach as well as maintaining some balance with my family.

Although I still enjoy teaching high school, it’s been a 20-plus year career. My wife would notice how I was lacking the passion to teach and at certain times of the year, I was exhausted. Coaching over the past decade has been my passion, and this situation allows me to explore many different areas of coaching that I have been unable to explore simply due to time constraints. It’s that area that has me quite excited as I get to define a program through my vision of team culture, recruiting, and reaching out to coaching colleagues.