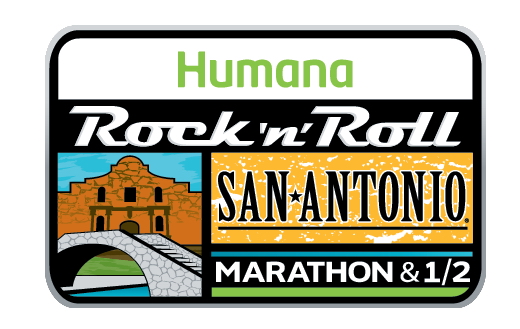 Perseverance was the name of the game at the 2016 edition of the Humana Rock ‘n’ Roll San Antonio Marathon & ½ Marathon on Sunday. With temperatures in the 50s and in rainy conditions, thousands of participants gutted through the 13.1 miles in the half marathon and the 26.2-mile marathon distance.

The first runner to come across the finish line on Sunday in the half marathon was 23-year-old University of Texas graduate, Mark Pinales, who clocked one hour, five minutes, and 27 seconds. “It was a fun course,” he said afterwards. “There were a lot of great guys out there. I was nervous about the rain last night. The point of coming here was to give it my all. It was a mental battle to do this in the rain with the slippery roads.” Pinales recalled that a pack of seven runners formed early in the race and that it came down to trying to position himself within the pack in order to shield himself from the wind and rain. “About mile seven or eight, I decided that I was going to go for it at mile 10 and increase the pace to try and drop people. It was a battle of wills from there.” Pinales said that once he made it to the front, he told himself not to look back. “I didn’t care if there were seven guys or one behind me at that point.” Pinales’ win Sunday was his first Rock ‘n’ Roll Marathon Series race. Second and third in the men’s half marathon were Nicholas Too (1:05:42) and Paul Sugut (1:05:50) respectively.

“Coming into this, I wanted to get top five, so I am very excited to win it,” Perez stated. She said that when she woke up in the morning she realized it wasn’t raining like the forecast had called for so she and her coach decided to head out at 6:00-per-mile pace and take it from there. Perez admitted that the conditions weren’t the only challenge for her. At mile nine, she said her hamstring tightened up. “I was worried about that but was able to nurse it through to the end.” Perez was using Sunday’s race to gear up for a marathon in January. Perez’s nearest rival was Kara Ford (1:21:59) who took second. Third place went to Nora O’Malley (1:24:17).

In the marathon, Joel Harris triumphed with a thrilling sprint finish in 2:36:41. “I tried to stay at a 5:50-5:55 pace at the start. I got in with a good group through mile 16,” he recalled. “At mile 21, I saw the lead runner and a lot of great support encouraging me to go after him. The gap started closing and I made it my goal to stay right behind him. I was an inch away from him and when I saw the finish I gave it everything I’ve got.” Harris’ nearest rival was Chris Frisch (2:36:42). The final podium slot was awarded to Ricardo Carrillo (2:39:06).

Liza Hunter-Galvan won the women’s marathon in 2:57:17. “In my 24 years running marathons, I’ve never run one in the rain,” she said. “I’ll take this any day. It could be worse with the heat.” For Hunter-Galvan, Sunday’s race was the last marathon in her long career. “It’s very emotional for me. This was where I ran my first marathon and how fitting it was to run my last in San Antonio,” she said holding back tears. Second place was awarded to Janessa Dunn (3:08:00), while third place went to Jennifer Kimoto (3:09:10).

The event also hosted a 5K. As with all Rock ‘n’ Roll Marathon Series events, entertainment was never in short supply as bands and cheer zones bolstered all the participants along the streets of San Antonio. The Boston-based alternative band Guster took to the stage at the post race Toyota Rock ‘n’ Roll Concert Series to give everyone something to smile about.