Two of the best Canadian middle-distance athletes in Canada, Geoffrey Martinson and Chris Winter, are set to clash, h 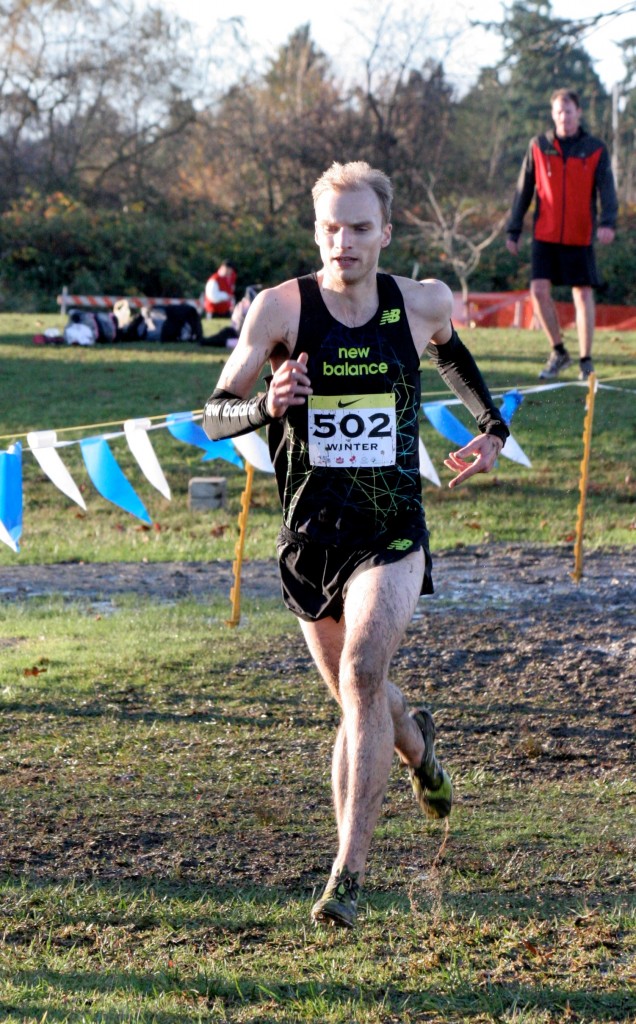 ead-to-head at the Jerome Indoor meet Saturday February 2nd in Vancouver, BC.  This should be an exciting race as both athletes are coming off of excellent performances in cross-country and road racing.

Martinson of Victoria competed in the 2011 Daegu IAAF World Track and Field Championships and owns a personal best time of 3:37.56 (outdoors), more recently he ran 13:50 at the 2012 Chiba Ekiden in his five kilometre leg. He then followed up that fine performance by running the ninth fastest course time at the 34th annual Pioneer 8km in Victoria, finishing in 23:49 to win the popular BC fixture on January 13th.

Asked what level his fitness is at Martinson replied, “We have a pace-setter in the race who will be going out around 3:45 pace. I like to think that after years of running well under that time, I can still hang on. It’s going to be a good battle with Chris Winter, and should be a lot of fun to watch.”

Meanwhile Winter of Vancouver specializes in the 3000m steeple and owns a personal best time of 8:28.46 and a 1500m best of 3:48. Winter is coming off a strong cross-country season where he finished first at the BC Cross Country Championships beating Martinson by 17 seconds over the 10k course. Winter finished fourth overall at the National Cross Country Championships, behind a very competitive top-end field which included Cameron Levins and Mohammed Ahmed, both 2012 London Olympians. Third place went to CIS National Cross Country Champion Kelly Wiebe. Winter finished less than 20 seconds behind eventual winner Levins. Winter has competed in the 32nd and 33rd IAAF World Cross Country Championships.”Geoff and I had a great history of racing that goes all the way back to when we were competing in Junior development races, through to BC High School championships and it continues today. Every time we toe the line against each other it seems like we have a great battle. I’m looking forward to dropping down in distance and giving him a run for his money! Should be a blast!” said Winter.

This race alone is worth the price of admission to the meet. Do not discount two athletes from the Coastal Track Club, Justin Kent and Declan White. 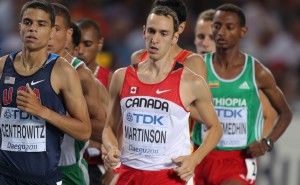 Stilwell is Still Well Ahead of the World

Nanoose Bay, B.C.’s Michelle Stilwell has already resumed her assault on the record books.  Today in Australia’s Summer Down Under Series Michelle improved her world record mark in the T52 classification wheelchair 200-metres to 33.19 seconds.

Michelle’s previous world record in the event stood at 33.58 seconds, a mark she set on May 19, 2012.  The Summer Down Under Series continues tomorrow with day two action at the track in Canberra, Australia.  Canadians to watch include Rachael Burrows of Barrie, Ont., Josh Cassidy of Ottawa, Ont., Keira-Lyn Frie of Saskatoon, Sask., and Stilwell.

Following the Canberra competition the series will shift on Thursday to the Sydney Track Meet, then finishes up on Saturday with the Oz Day 10km race.

For more information and complete results on the Summer Down Under Series visit: www.wsnsw.org.au/summer-down-under.html.