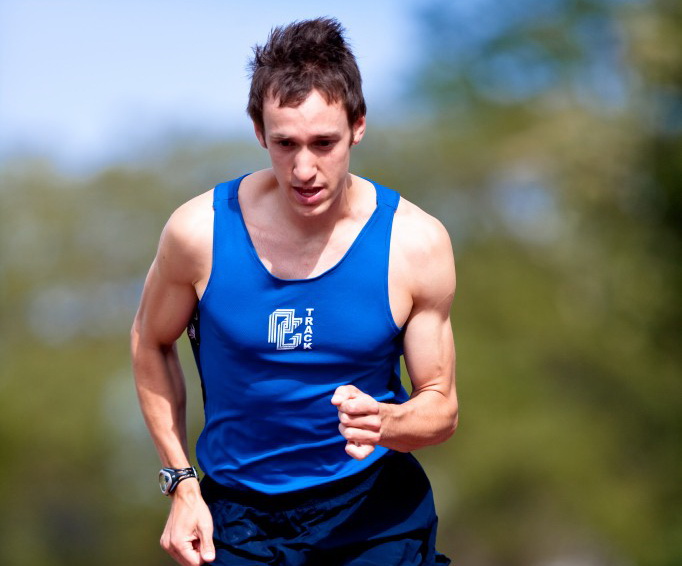 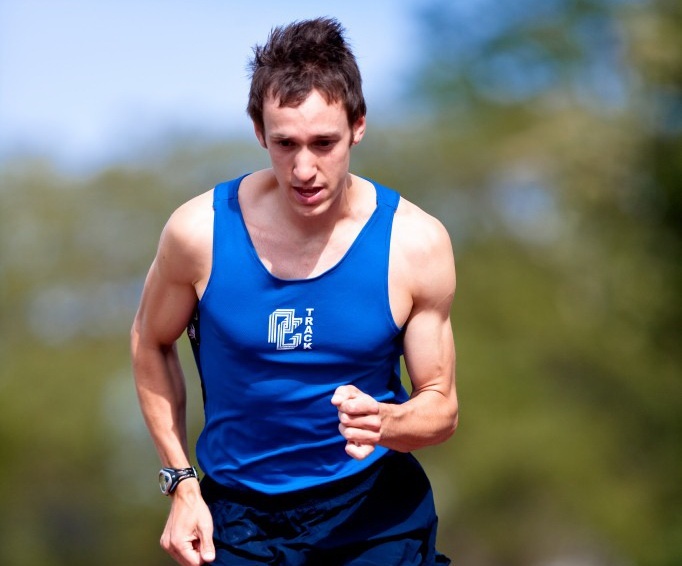 Geoff Martinson is a Canadian Olympic hopeful and IAAF Worlds Track and Field Championships competitor (Daegu 2011). Martinson competes in middle distance events and is on the cusp of making the 2012 London Olympic Games in the 1500m.

Martinson is a seven-time Canadian Interuniversity Sport (CIS) All-Canadian and is the University of Victoria’s Athlete-of-the-Year for 2009, his final year at the University.

Christopher Kelsall: You had quite the fundraiser in your home town of Prince George, BC with a silent auction to raise funds so that you can train, travel and get the needed support like massage. Is this the sort of fundraising model we are going to see Canadian Olympic-level athletes undertake, going-forward?

Geoff Martinson: I think so. Government funding is too limited in Canada; sure, with federal sport funding (“carding”) an athlete can make ends meet, but an athlete can’t train at their best when they’re barely scraping by month-to-month. I don’t have a shoe contract and I receive the max amount of federal and provincial funding available to me, so what can I do? Either I make a compromise in my training to work a part-time job, or I have to think outside the box a little.

CK: How much training time are you taking in during the off season?

GM: I’m doing full training now: workouts, weights, and long runs. My mileage ranges between 80-100 miles per week, and the quality is good. It’s all about aerobic strength right now.

GM: Yes, and extremely supportive. The fundraiser was such a huge success, and in large part due to the number of people saying “here’s $20, and good luck”. Even my dentist, Dr. Mann, donated $500! The people supporting me aren’t track and field aficionados, they’re just people who want to help make a difference and see me get to the Olympics.

CK: It took you three years to break the threshold of 3:40, after having run 3:39 during the 2008 season. It appeared to be source of frustration, then suddenly you ran a 3:37’56 at the Harry Jerome Track Classic on July 1st 2011. Did that take a huge weight off your shoulders? Or did you know it was coming?

GM: I was confident it would happen. Everything was headed in the right direction, and my year was nearly flawless in terms of training and preparation. I knew that I was fit, and was finally given a great opportunity to run fast at the Harry Jerome. That PB has been a long time coming, and it was nice to finally race a time that reflects the level of training I was doing.

CK: What does flawless training and preparation look like for a Geoff Martinson?

GM: It looks like me not getting injured. Last year I had no injuries, didn’t have to take any forced downtime; there were no setbacks, just good consistent hard training.

CK: How do you feel about the exposure you had, at the highest level when you competed at the Worlds in Daegu earlier this year?

GM: The experience was invaluable. I learned a lot from competing at Worlds, and it’s made me hungrier than ever to be at the Olympics in London. It’s much easier for me to tell myself, “I can be at the Olympics” having now made a senior national team, and that confidence is important in training and racing. It was a big jump going from the meets that I usually race, like Harry Jerome, to the World Championships; having made that jump last year will hopefully allow me to not only make the Olympics, but be more competitive once there.

CK: During the past few Olympic Games the winning time in the 1500m final ranges from 3:32’07 Kiprono Ngenyi (Ken) in Sydney to 3:35’78 by Noureddine Morceli (ALG) in Atlanta, and Bernard Lagat won in Athens in 3:34’30, the latter two not far from your grasp. It appears qualifying for the Olympics could almost be as tough as dealing with the final. What do you think you need to do to meet the A standard of 3:35.5?

GM: To run 3:35.5 an athlete needs all of the following: be fit enough to run 3:35.5; a fast race; to put everything together on the day. Even if an athlete can get into shape for standard, good luck finding a race that goes 3:35 or faster. The summer Olympics is early in the 2012 season, resulting in a smaller than usual qualifying window that closes at the end of June (in Canada at least). I might only have one race this year to do standard, just one opportunity that everything must go perfect for. It’s slightly daunting, but for now all I can do is put in the hard work and have confidence it’ll pay off come racing season.

CK: What do you think of Triathlon Canada giving spots to athletes who haven’t yet qualified? They said they are doing this, to give the athletes enough time to focus on their upcoming season and not chase standards – something that athletics athletes have been wanting for sometime?

GM: I’m not familiar with Triathlon Canada’s Olympic selection criteria, so I can’t really take a stance on how that affects the qualifying for triathlon and it’s athletes. But I will say that qualifying for the Games can be a major stress, and to have it taken care of would allow an athlete to focus solely on performing their best when it matters most, at the Olympics, rather than at trials or another point in the season. Athletics athletes do have this. If an athlete hit their event’s “A standard” any time after May 1st of 2011 (exceptions for 10km, marathon, and race walking), they can use that performance to qualify for the Olympics next year. Canada has this too, but Athletics Canada modifies and complicates the process with unnecessary repeat performance requirements and a smaller window of qualifying. It makes sense that Canada would have tougher standards, because we’re such a powerhouse on the international scene.

A little taste of reality from Geoff’s blog:

“While coming back into training mode throughout October, I let myself believe that I wasn’t horribly unfit. My runs were quick, long, and didn’t feel too bad.November 1st was the 1st running workout of the season, a tempo session with hill surges, and the following day was the 1st strength workout of the season, a session in the gym. Another workout and weight session later and it goes without saying: my body hurts, bad. I’ve been run over by the reality train, and I’m reminded that there’s still a lot of hard work before I get back to any respectable fitness. My poor quads just want to cry in fetal position. I cringe (literally) each time I have to sit down on the toilet seat.

I’m getting into some mileage now, probably somewhere around 80-90 miles this week (130-145 kilometres). It’s good quality too. I’ve noticed a huge difference already in my base building when I don’t have to spend my days at school or work; I’m recovering much better than I ever have in past seasons. My workouts right now are tempo sessions with surges, real good aerobic strength work. My current weights are primarily stability exercises, nothing too heavy yet.Despite being in a world of hurt, I love training again. For every awkward, strained movement and struggle standing up from the couch, there’s satisfaction in knowing that I’ve earned in full this muscular exhaustion. And that feels good.