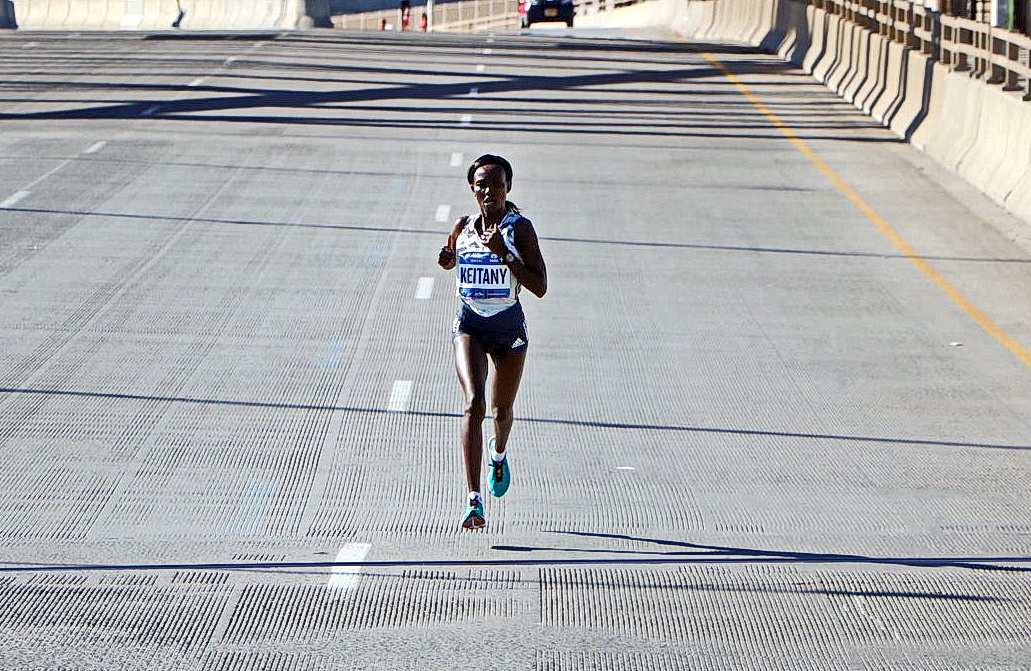 Mary Keitany should very much be in the conversation as the greatest marathon runner of all-time along with world record holder Paula Radcliffe of Great Britain.

The Kenyan, who owns the second fastest performance all-time from the 2017 London Marathon at 2:17:01, ran the 2018 New York City event on Sunday, Nov. 4 with brand new tactics. When she crossed the finish line first, it would be her fourth victory at New York in five years – she finished second in 2017. How she did it was unlikely and her performance could be heralded as one of the most aggressive of any of the past winners.

She finished in the time of 2:22:48. Three minutes and 46 seconds faster than Kenyan Vivian Cheruyiot.

The top American was defending champion Shalane Flanagan who finished in third position with her finish time of 2:26:22. During the 2017 edition, she ran to a 2:26:53. It was her first win in a major marathon. She had beaten Keitany by 1:01.

Flanagan is quoted on the home page of Let’s Run as saying “She’s going to go down as one of the greatest marathoners in history. The way she can execute and crush her competition over the last part of the race is incredible. She’s a rare athlete and one to be celebrated.”

She ran the second half of the marathon in a stunning 66:58.

“My expectations were first of all to win the race and I was really prepared for it. The only problem was when to increase the pace,” she told athletics Illustrated.

Sunday, she ran the second fastest New York Marathon time in history behind only Margaret Okayo of Kenya, who in 2003 ran 2:22:31.

“I was able to facilitate (the break) in the way that I did due to a surge of pace of the two Ethiopians.”

One of those Ethiopians was Rahma Tusa (2:27:13) and the second did not finish.

“Following them for 2K was better because after that I understood that I was the only one able to run that fast.”

“The only problem was that 15:19 section was too fast from 25km to 30km but was also the part of the down section after the Queensborough Bridge.”

At age 36, Keitany has won London three times and New York four, with two third place finishes as well as a second place finish. The mother of two has unfinished business from the London race having finished in a disappointing fifth position in 2018.

Asked if she is running a spring marathon she said, “In the spring I would like to run another marathon and we are talking to a pair of marathons that take place at that time.”

Expect it to be London.