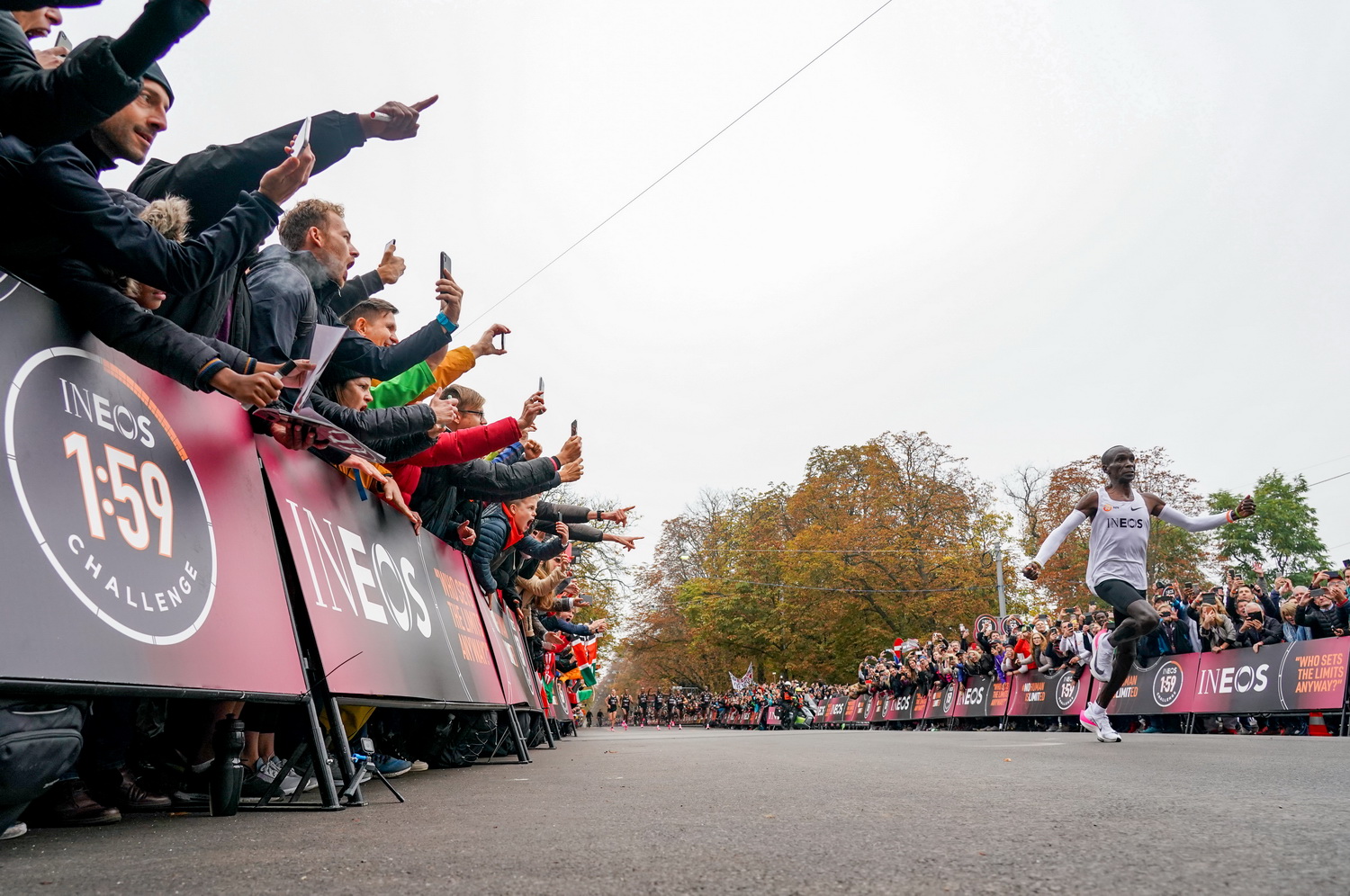 The INEOS 1:59 Challenge was streamed live on YouTube on 12th October and now has 4.9M views to date (peak during live of 779K as Kipchoge crossed the finish line).

49 broadcasters aired the event live to over 200 territories across the world with an estimated reach for the live event of over 500M.

Local Austrian police estimate 120K people came to the Prater, Vienna, to cheer on Kipchoge and help him make history.

Eliud Kipchoge, the greatest marathon runner of all time, made history on Saturday 12th October when he became the first person in history to run a sub-two-hour marathon in the remarkable time of 1:59:40.2.

Kipchoge’s incredible achievement emphatically proved his own mantra that No Human is Limited and places him alongside other sporting greats such as Sir Roger Bannister – who ran the first sub-four-minute mile in 1954 – and Usain Bolt who’s 100M world record of 9.58 seconds has stood since 2009, in capturing the attention of the world.

Footage and content from the event, which was produced and distributed by the British independent award-winning TV sports production and media company Sunset+Vine, and images from the event which were captured by a team of photographers including Bob Martin and Dan Vernon, have been shared and seen across the world. Key statistics include:

Jo Grindley, CMO/CCO of INEOS TEAM UK, who has led on the Engagement side of the INEOS 1:59 Challenge said: “Whilst Eliud Kipchoge and the Performance team were set the incredible challenge of running the first ever sub-two-hour marathon it was our responsibility on the Engagement side of the Challenge to ensure that we fulfilled Kipchoge’s dream to inspire the world and leave a legacy that No Human Is Limited.

“The initial numbers coming from this weekend’s coverage are simply astounding and there is no sign that the coverage is slowing down. It will take a long time for the impact of this event to fully sink in but Kipchoge said in his post-event press conference that “sport can unify people, I wanted to sell the message to the world that no human is limited” and we are delighted that every piece of evidence points to the fact that Kipchoge has successfully achieved his goal.”

Those who want to re-watch Eliud Kipchoge make history can do so on the INEOS 1:59 Challenge YouTube channel here. A full media report will be made available in the coming weeks.