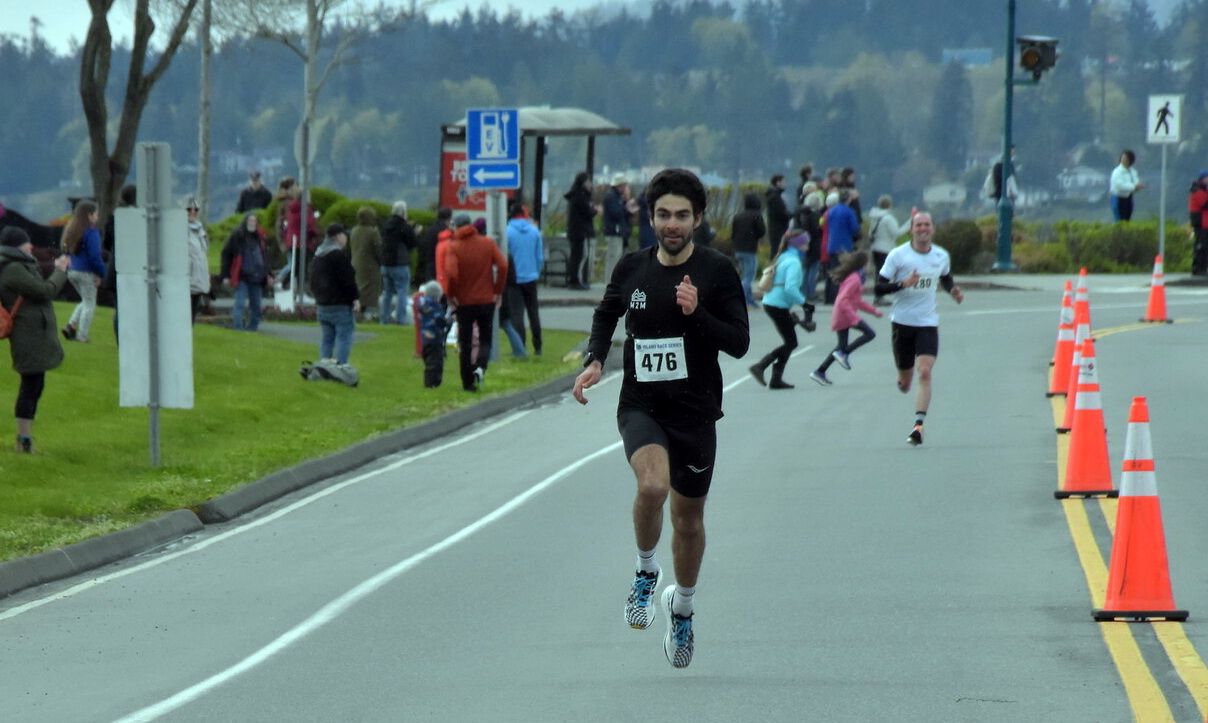 Matthew Travaglini of Calgary, Alberta won the 27th annual Synergy Health Centre Bazan Bay 5K in the time of 14:35. The 29-year-old ran one of the fastest races in the event’s history. The course record was set by Geoff Martinson in 2014 at 14:12.

“The run was good,” shared Travaglini. “I’m still early in my season as far as training and workouts are going so the plan was to come here and run a strong first half and then try to have a fast final kilometre. The race basically played out like that. My last km was the fastest, the whole second half was quicker than the first half and I’m very pleased with the result.”

Considering that there was an approximate 5-knot (9/kph) wind from the north and northwest blowing onshore causing a headwind for the return it is a strong performance. The result suggests that on another day, he would easily have challenged for a new personal best.

Aiden Longcroft-Harris finished in second place approximately four seconds back, while Jaxon Kuchar took third just over 15 minutes for a new personal best. Kuchar, from Trail, BC, will be running for the University of Victoria Vikes starting in September.

“I am pretty happy with how it went,” said Kuchar. “I haven’t run an official 5K before, just a time trial and this one was faster.”

He is back training after a quiet winter. Travaglini has run 145 to 150K per week for four weeks.

Andrew Russell with the Prairie Inn Harriers running club was the first master across the line in the time of 15:13.

Courtney Brohart from Cochrane, Alberta won the race in the time of 17:03. It was originally reported that Jen Millar won the women’s open race as well as the masters division. The 42-year-old matched (unofficial) her result from nine years prior at the same race finishing in the time of 17:04 in 2013 and 2022. However, Millar indeed finished second overall and was the first master.

Ellen Pennock took third in the time of 17:15. She runs with Esprit RC, Millar the Prairie Inn Harriers, and Brohart Cochrane Endurance Project. Cochrane is known for its mountain running trails and has been the site of the Canadian qualifying race for the World Mountain Running Championships.

Eight women finished under 18 minutes, while 31 beat the 20-minute barrier.

The Bazan Bay 5K is the final race of the 2022 Vancouver Island Race Series.