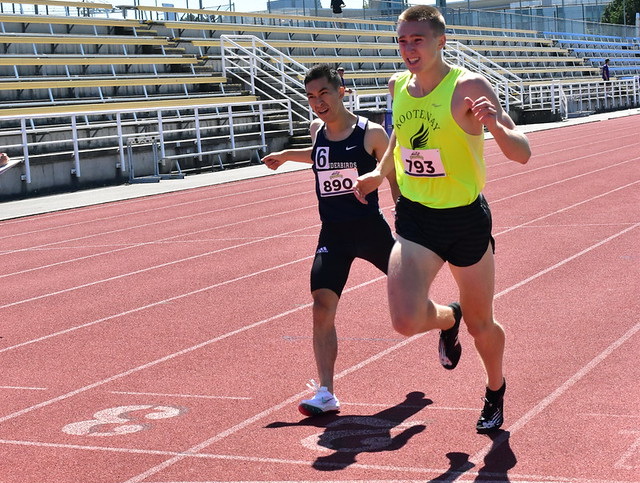 Matti Erickson of Nelson, BC, a small town nestled in amongst the Kootenay Mountains within the Canadian Rockies, is better known for its fabulous downhill skiing than running. However, Nelson is also home to a fledgling club named the Kootenay Chaos.

Eighteen-year-old Erickson bided his time for approximately 500m before letting loose and passing Charlie Dannatt and Christian Gravel, who led from the gun.

Gravel temporarily took his lead back, only to be passed again on the finishing straight. Gravel paid for that early lead as Erickson finished with a commanding sprint in the time of 1:50.11, which puts him under the U20 World Athletics Championships standard of 1:50.80.

He will be running for the University of Oregon next season.

“The goal in the race today was just to run a personal best,” said Erickson. “…I came through the 400m split in bang on 54….and I knew that I was in a good position. I could have made an earlier move. I pulled that classic Centrowitz move, getting on the leader’s right shoulder with 200m to go and just kicking for the finish. I felt I could have gone a little faster, but it was a good race for me.”