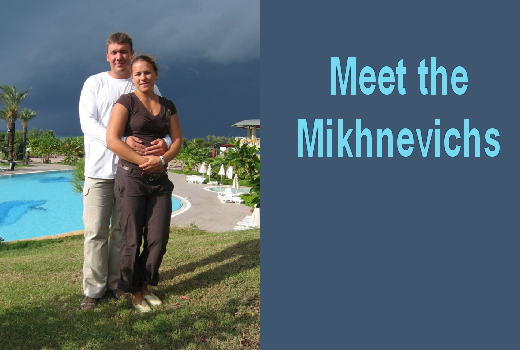 There is a fairly accurate and well-known aphorism that goes, “A couple that plays together; stays together.” So meet the Mikhnevichs. They are a married couple from Minsk, Belarus. Andrei and Natallia both participate in the sport of Shot put. They probably do many other things together like supplementary workouts related to their sport, public speaking, shopping, being good parents and attend press conferences and competitions together; supporting one another like any other happily married couple. Good for them.

They are also a disgrace to the sport of athletics.

The 32-year-old Natallia is from the city of Nevinnomyssk, Russia. Established nearly 200 years ago the city sits near the confluence of the Kuban and Bolshoy Zelenchuck Rivers. The population is made up of nearly 120,000 hard-working, blue-collar families who for the most part 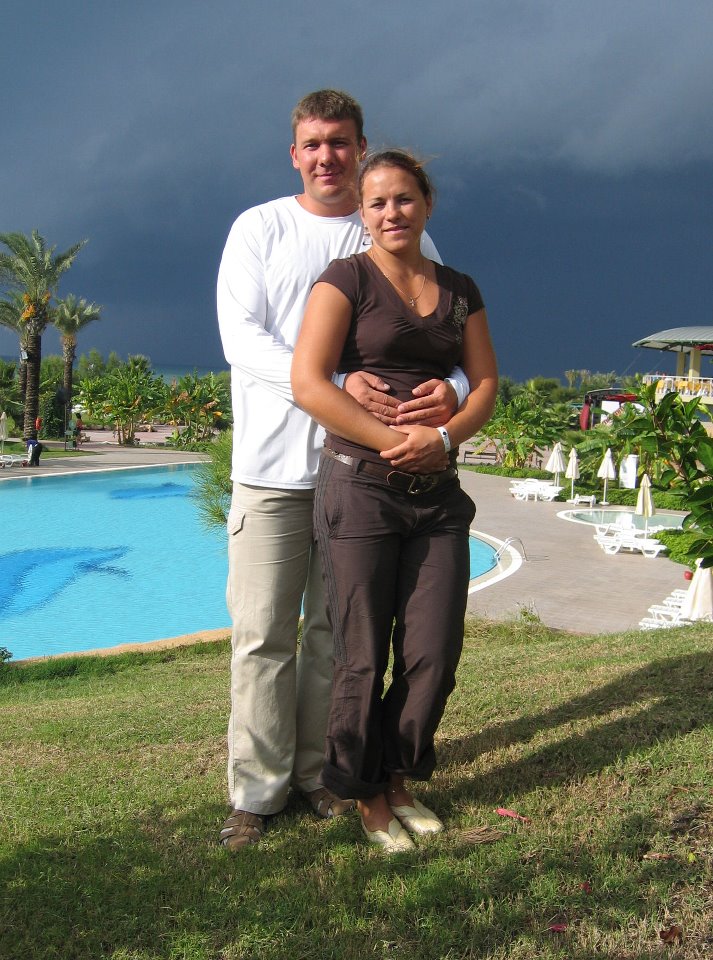 are employed in the local Nevinnomysk Nitrogen fertilizer plant. Everyone probably knows just about everyone else in some capacity. Everyone probably knows that their hometown heroine, Natallia was found to have the banned anabolic steroid Stanozolol in her system. She is currently serving a two-year suspension that started on April 12th 2013 and ends on April 11th 2015. It can be assumed that she made more money annually as a drug-cheating athlete than the factory workers do.

If she decides to return to competition, you can bet that the World Anti-Doping Agency (WADA) and the International Association of Athletics Federations (IAAF) will be keeping a close eye on her, as her husband is also dirty; yeah they do that together too.

Meet Andrei. He has been suspended twice and has now been sanctioned by the IAAF for life, with all records dating back to the 2005 Helsinki IAAF World Track and Field Championships annulled.

Beginning in the early 2000s, WADA began to develop what is known today as the Athlete Biological Passport (ABP), which is an electronic record, where biological markers of doping and doping tests are kept over the athlete’s career. Instead of testing specifically and exclusively for an illegal quantity of a banned substance, WADA is also looking for variances of an athlete’s established results.

Because of the creation and development of the ABP that every athlete must report to, over time, athlete’s behaviors begin to tell a story. From the WADA website:

The fundamental principle of the Athlete Biological Passport (ABP) is to monitor selected variables (`biomarkers of doping´) over time that indirectly reveal the effect of doping, as opposed to the traditional direct detection of doping by analytical doping controls.

WADA didn’t even need the passports for the Belarusian couple, the two straight-up tested positive; that’s like handing WADA the evidence on a silver platter. At least they could have been smart cheaters and made the process interesting.

Andrei has been flouting the law for a long time. The first time the cheat was suspended was after the 2000 Sidney Olympic Games, where he finished ninth overall. He was suspended on August 7, 2001.

It was as if he was waving the proverbial red flag in the face authority.

Two weeks after his suspension ended he won the gold medal at the 2003 Paris IAAF World Track and Field Championships by launching the shot to a brand new personal best distance of 21.69m. He proved in that performance that he felt the risk was worth the reward.  At the time it is widely reported that he said, “I am innocent and will seek to have the ban overturned by the Court of Arbitration for Sport in Lausanne, Switzerland”.

He was born in Babruysk, Belarus, one of the oldest cities in the country, that boasts a population of just over 200,000 people who are primarily factory workers, like those in Natallia’s home town of Nevinnomysk, the people are basically blue-collar and have a long legacy of rebuilding the city that was nearly destroyed several times between attacks by Napoleon, then Hitler as well as the famous fire of 1902, that nearly destroyed everything. These are a proud people.

Andrei has been suspended for having the performance enhancing drugs Clenbuteral, Methandienone and Oxandrolone in his system. Clenbuteral is a synthetic drug used in the treatment of asthma and other respiratory diseases. It is also known to promote muscle growth. Methandienone and Oxandrolone are anabolic steroids, the former naturally occurs in the body, but is also man-made and is similar to the naturally occurring steroid testosterone. What a cocktail.

So it is with little surprise that he continued to win, brazenly, dirtily.

He took the bronze medal, at the 2008 Beijing Olympics. In 2010, he marched on cheating away and for the second time took the silver medal at the IAAF World Indoor Championships. Then he really raised the proverbial red flag by taking gold at the 2010 European Championships in Barcelona. The event is (of course) chock-a-block full with the best Eastern European athletes. Eastern Europe is a hotbed for field events and apparently drug cheats too. Forty-one of the top-100 all-time performances in the men’s shot put are from Eastern Europeans and a staggering 95 of the top-100 women’s performances are from East bloc countries, almost all exclusively from the halcyon drug days of the 1970s and 1980s; when men were men and so were the women.

Between these two numbskulls, they competed dirty or are suspected of being dirty at that time, while on a competitive rampage that included 42 international competitions, taking 24 medals between them, 13 for Andrei and 11 for Natallia; the Bonnie and Clyde of athletics.

These two apparent thieves took funds from the pockets of competitors in meets that provided prize money. Will those dollars be repaid? The long arm of WADA’s law has reached back into Andrei’s past and awarded Canadian Dylan Armstrong with two medals where Andrei’s records were annulled, which so far include the 2010 IAAF World Indoor Track and Field Championships, which Armstrong already received the bronze medal for during the 2014 Harry Jerome Track Classic. It was announced recently by the Canadian Olympic Committee that Armstrong will also receive the bronze medal from the 2008 Beijing Olympic Games, but what about the prize money and appearance fees made from professional meets?

For the 2014 Diamond League season the financial prize structure starts at $1,000 for finishing in eighth position in a single competition and up to $10,000 for winning that event, there are 14 annual meets in the Diamond League and countless other international competitions.

In April of 2014 it was reported that Russian marathon runner Liliya Shobukhova may have to pay back her prize earnings of $1.4 million from her three Chicago Marathon wins that happened in the years 2009, 2010 and 2011, plus she won the Virgin London Marathon in 2010 and is twice the World Marathon Majors series champion from 2009-2010 and 2010-2011.

Disgraced drug cheat Tyson Gay offered to pay back nearly $500,000 USD in prize money after he was found guilty of having positive test results, due to applying a steroid-laced cream to his body. The amount dates back to 2012 and was given to the Diamond League. That’s a nice olive branch to offer, so that when he is reinstated, he can compete again and take more money. For example, Justin Gatlin won the Lausanne 2014 Diamond League 100m in the time of 9.80, guess who was second? Gay, with his finish time of 9.93; it was dubbed the “drug-100”.

At least three meet directors are no longer putting up with drug cheats. During the 2014 Diamond League, the directors of the Birmingham, Stockholm and Zurich meets turned Justin Gatlin away  due to his checkered past.

Lance Armstrong was ordered to pay back all prize money that he had won, including the Tour de France wins that have been annulled, from 1999 to 2005, but the word on the street is that Armstrong was a sociopath on a bike, but he wasn’t the only drug cheat, he was just the best drug cheat.

WADA and the IAAF and the national governing bodies of sport, like USADA for example, are not going to win the war on drug cheats unless they are empowered to create a deterrent that is painful enough to outweigh the reward that comes from winning. The biological passport is an important piece of that puzzle, as is the ability of the governing bodies to reach back into an athlete’s history and annul results and records that they set in the past. Demanding repayment of appearance fees and prize money that was awarded during their careers along with meet directors who refuse entry are effective and painful deterrents that should give an athlete, coach, agent or medical professional pause before considering cheating.

So will the couple that doped together, stay together? Who knows, but they may have to pay together, we can only hope.