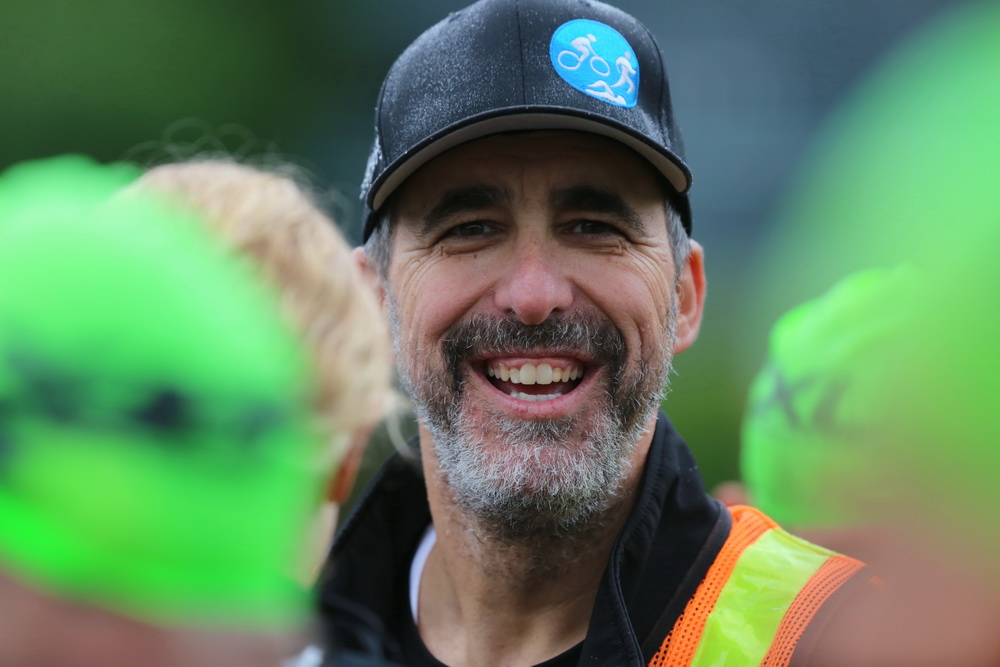 His mandate will be to sort out how to wedge prospective fans off the playing fields and waterways of the provincial capital long enough to watch some of Canada’s best athletes compete for a spot on Team Canada for the 2017 IAAF World Track and Field Championships.

He is also the new race director for the TC10K, a road race that takes place in late April every year, one week after the massive Vancouver Sun Run.

So what’s a race director to do?

Dixon doesn’t pretend to have all the answers, if asked, he may be inclined to throw the question right back at you.

In a somewhat rhetorical fashion he asked, “what are some of the things that we can do to bring the registration numbers back to 13,000 (registration versus finishers)? Bring back the half-marathon? Add a 5K? Do something with the medals? You see it advertised as a running festival, what about the event makes it a festival to you?”

Dixon possesses an inquiring mind, and he wants to know what runners are thinking.

“We are going to run the event this year and learn from it. I get the best feedback from customers immediately after the race. I am interested in knowing how the runner feels about the event as soon as they have finished.”

“We are going to travel to several other events to see how they do it. Find out what makes their race work, what the customer experience is all about.”

Dixon doesn’t refer to race participants as athletes or runners, they are customers. They are marketed to, they make the purchase and afterwards the manager wants to know how good the service and experience was and in his words, “what can we change to make it better.”

Dixon still may have a jewel to work with; time will tell if he can bring back the full lustre. He is anticipating the 30th anniversary in 2019. In 1989, it was known as the Garden City 10K and started with approximately 700 runners.

As for the Victoria International Track Classic, it should sell out every year. It is a single event that provides entertainment, where some of Canada’s best as well as international athletes come to compete. The Track Classic is part of the National Track League that includes the Harry Jerome Track Classic in Vancouver, Edmonton Track Festival, The Aileen Meagher meet in Halifax and the Speed River Inferno in Guelph.

An earlier iteration of the Track Classic was an annual event that operated as far back as the 1960s. As a qualifying meet for the 1968 Olympic Games, temporary seating had to be brought into the stadium to accommodate the demand from spectators.

Over the years, the numbers have dwindled, while the quality of the field has remained. Recent years have seen Olympic medallist Dylan Armstrong in the shot put, Gary Reed, Diane Cummins and Melissa Bishop, who are past and current national record holders in the 800-metre distance. Various Americans that are household names in running circles have taken in the meet.

As a domestic event that allows athletes to compete to try to qualify for the Olympics, world championships, Commonwealth Games and Pan Am Games, many of the events offer exciting race action.

Interestingly, a local, semi-professional baseball team called the Victoria HarbourCats outsold the track meet 27 times in their 27 home games. The Track Classic should sell out every year, being a one-off annual event.

Dixon inherits two events that have excellent branding within the community as well as a strong history.

“It’s a Cadillac. I need to see the event happen, work with the committee and find out from customers what we are doing right and what we need to improve, so we can make both a better customer experience.”