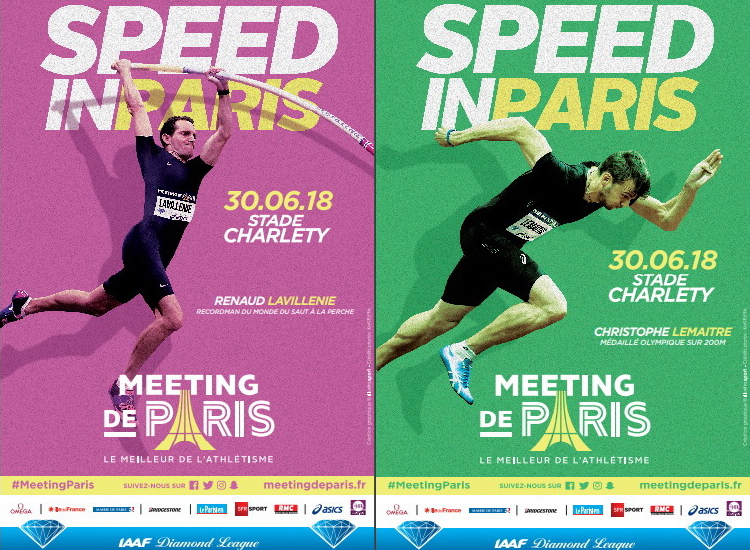 The line-up is complete. Following on from French athlete, Kevin Mayer, world decathlon champion last year in London, the other big name from the combined events will also be present on Saturday 30 June at Charléty Stadium for the MEETING de PARIS 2018. Nafissatou Thiam, the reigning world champion and Olympic champion in the heptathlon, has ensured organisers of her participation in the French leg of the IAAF Diamond League.

World and Olympic champion in the heptathlon, voted 2017 IAAF Athlete of the Year, Nafissatou Thiam, will be lining up to compete in the high jump competition, a Diamond League event, on 30 June. Her duel with the Russian athlete Maryia Lasitskene, the world champion of the discipline, promises to be one of the evening’s highlights. No.2 European U23 champion in 2015 in Tallinn, the Belgian has a personal best of 1.98m, set at the Rio Games in 2016 within the context of her victorious heptathlon. She is also familiar with Paris having participated in 2017 in the indoor version of the meeting, where she won the mixed triathlon.

Her male alter ego from the combined events, Kevin Mayer, a familiar face at the MEETING de PARIS will compete in the triathlon, which is not part of the Diamond League programme. “I really enjoyed participating in the triathlon last year. The public were right behind us from beginning to end, creating a wonderful atmosphere and I’m delighted to be back again this year, with the same desire to take them along with us. There is always something happening in our sport so I’m very happy about this latest gathering that is part of the MEETING de PARIS programme.” With these two athletes, the MEETING de PARIS will enable the public to watch two of the most iconic champions of their generation in action. It will give the specialists of the combined events the opportunity to do battle against the world’s top athletes! On offer will be athletics at its best, without a shadow of a doubt.

A little over two months until the event, the French Athletics Federation is developing its muscles and revealing its promotional campaign, which boasts a unique theme: SPEED IN PARIS. The 2018 edition of the Paris meet is playing the speed and explosiveness card. This is true for the sprint of course and also the jumping competition. To illustrate this, there will be a subtle mix of French leaders and overseas stars. In the former camp, Renaud Lavillenie and Christophe Lemaître, two of the MEETING de PARIS’s most loyal athletes. From Clermont-Ferrand in central France, the former is already world number one in the pole vault with a jump of 5.95m on Saturday 14 April in Austin, Texas, and is aiming to clear 6m in front of a home crowd, which would equal the meeting record. Meantime, the second athlete, from the Savoie department in the French Alps, will be hitting the 200m track.

Among the overseas contingent, the first participation by the American athlete Christian Coleman, the record holder and world indoor champion over 60m, promises to be explosive. Securing a silver medal last August at the Worlds in London, his personal best is 9’’82 in the 100m. He will be one of the main attractions, as well as topping the bill of the MEETING de PARIS. Faster then, as well as higher. Indeed, undefeated since 2016, Maryia Lasitskene would very much like to extend her series of 38 consecutive victories at the Charléty Stadium. With an athlete of such calibre in the competition, Nafissatou Thiam could well decide to make the most of the competition to nudge a little closer to the legendary 2m barrier, and maybe go even higher still.