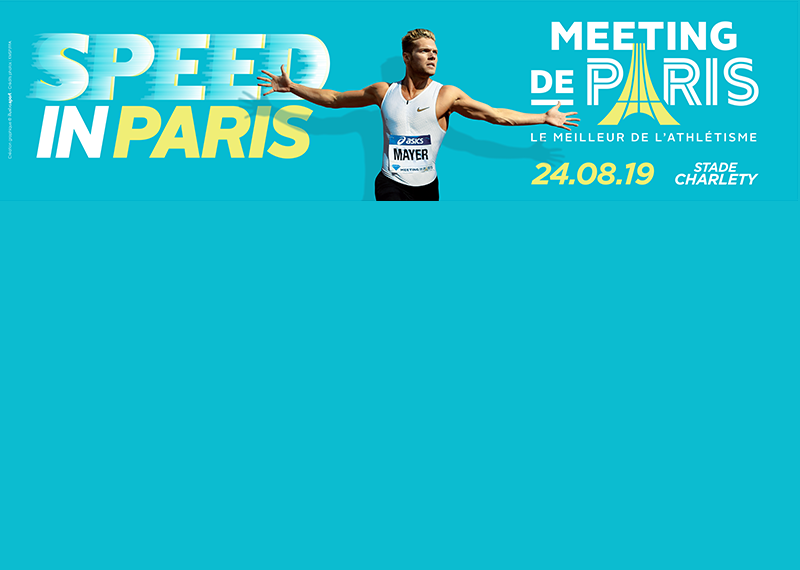 Perfect timing. Positioned less than five weeks before the start of the 2019 Worlds in Doha (Sept. 27 to Oct. 6), the MEETING de PARIS promises to be the must-see meeting on the road to the capital of Qatar. On Sat. Aug. 24, the French leg of the IAAF Diamond League will offer the public at the Charléty Stadium a line-up which promises a big crop of stellar performances such as Karsten Warholm in 400m hurdles.

The reigning world champion and world number 1 this season in the 400m hurdles, Warholm possibly deserves his place among the list of star attractions at the meet. The Norwegian is enjoying the best season of his career, twice breaking this season’s European record (47”33 in Oslo then 47”12 in London), which was previously held by Stéphane Diagana. Competing in the French capital last year, he secured third place in a race dominated by his Qatari rival Abderrahman Samba (46’’98, Asian and Meeting record). This year, Warholm will be lining up as one of the outright favourites at the Charléty Stadium.

Elsewhere, the density of the line-up makes it very difficult to tip the potential winners. The women’s 100m is shaping up to be a remake of the 2017 edition, where the Jamaican Elaine Thompson took victory in 10’’91 ahead of Marie-Josée Ta Lou (10’’98) from the Ivory Coast. The two young women have got their season off to a flying start: 10’’73 for Elaine Thompson on June 21st in Kingston, 10’’93 for Marie-Josée Ta Lou on July 5th in Lausanne. Strong stuff; however, the race isn’t just about one duel. The Dutch athlete Dafne Schippers (11’’04 in Lausanne), as well as the American Teahna Daniels, 22, American champion this season (11’’00 on 8 June in Austin), are not in the habit of making do with a supporting role. Their race is set to be an explosive event as well.