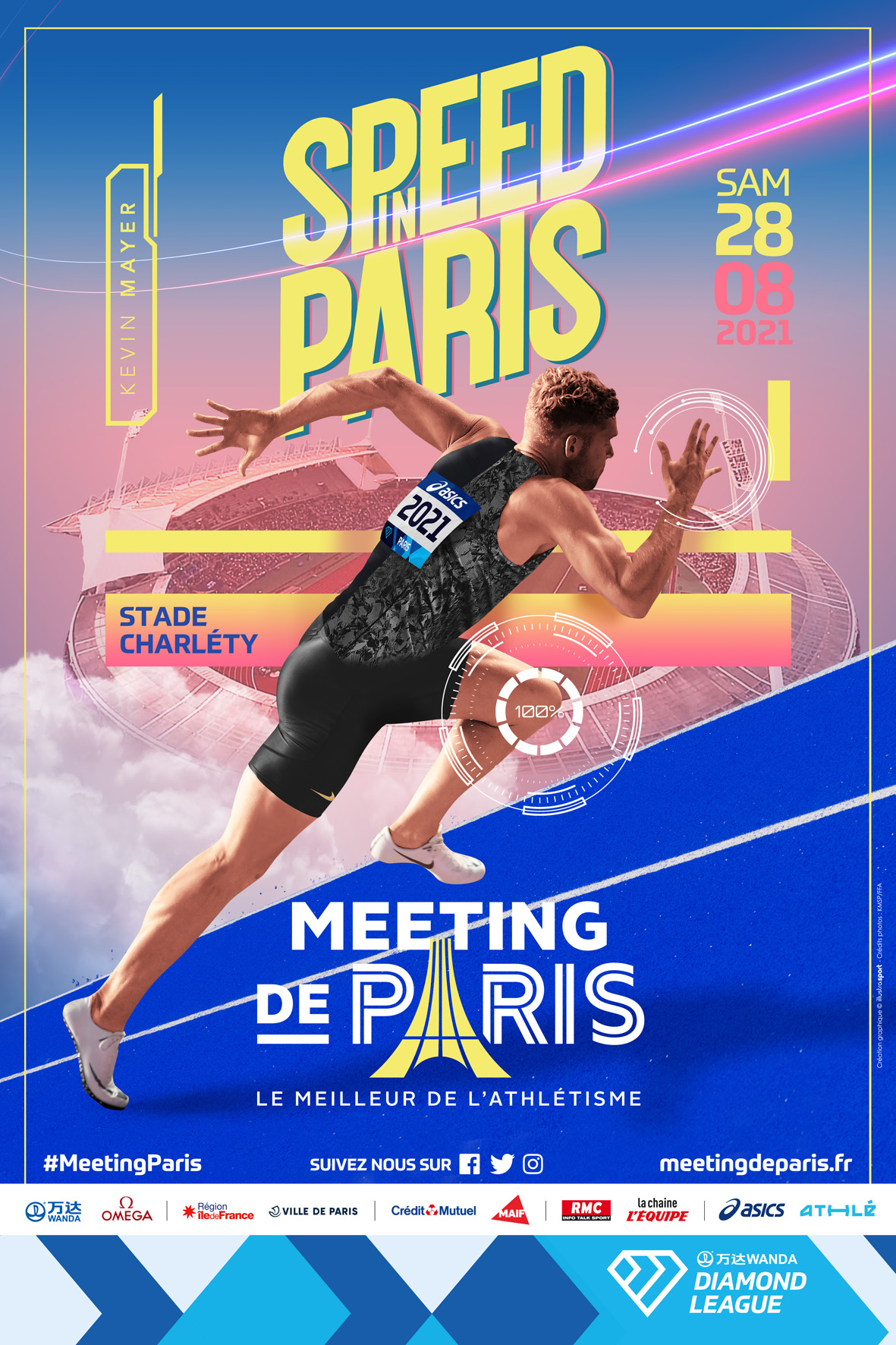 After Tokyo comes Paris. Exactly three weeks after events drew to a close in the Olympic stadium in Tokyo, the heroes of the recent Games will be heading over to the Charléty Stadium, on Saturday, August 28. With some twenty or so days until the event itself, the line-up for the French meet in the 2021 Wanda Diamond League is already taking shape. In fact, it promises to be one of the richest in the history of the Meeting de Paris with eight reigning Olympic champions, plus ten silver medallists and eight bronze winners confirming their presence. In all, Paris will play host to nearly thirty of the athletes who gained a spot on the podium at the last Games in Tokyo, with the cast set to be further fleshed out over the next two weeks.

Triple gold medallist in Tokyo (100, 200 and 4×100 m), Jamaican Elaine Thompson-Herah will be the female star of the Meeting de Paris 2021. She’s set to compete in the 100 m, a distance in which she secured the second-fastest time in history in Japan (10 sec 61). Opposite her will be her compatriot Shericka Jackson, bronze medallist at the Tokyo Games (10 sec 76).

Securing Olympic champion status at the end of a competition that saw him make a bid for the world record, Mondo Duplantis is also being hailed as one of the star attractions of the meeting. Indeed, the 21-year-old Swede is dominating the sport with rare authority. What is more, he never shies from putting his world record (6.18 m) under threat, as long as he’s embroiled in a heated competition. At the Meeting de Paris, Christopher Nilsen, silver medallist in Tokyo, Sam Kendricks and Renaud Lavillenie will be the likely triggers, as well as the young Frenchman Ethan Cormont, French and European champion hope in 2021.

At the Tokyo Games, Soufiane El Bakkali created quite a stir in the 3,000 m steeplechase by outclassing the Kenyans, who had made a clean sweep of the Olympic titles since Athens in 2004. The Moroccan will perform at the Charléty Stadium against the bronze medallist in Tokyo, Kenyan Benjamin Kigen, as well as the reigning world champion, Conseslus Kipruto (Kenya), and French athlete Djilali Bedrani, 5th in the 2019 Worlds.

A host of other athletes also caused some agitation at the Tokyo Games and will be eager to try their new Olympic champion status for size at the Meeting de Paris: Puerto Rican Jasmine Camacho-Quinn in the 100 m hurdles (12 sec 26, 4th fastest time in history), Jamaican Hansle Parchment in the 110 m hurdles (beating the American favourite Grant Holloway to gold), American Valarie Allman in the discus and Indian Neeraj Chopra in the javelin (first Indian Olympic champion in the history of athletics).

The remainder of the line-up concocted by the Parisian organisers is very much in keeping, with an unprecedented collection of Olympic and World medallists gathered together for the French leg of World Athletics’ Wanda Diamond League. These include, in the sprint events, Americans Fred Kerley (Olympic number 2 in the 100 m in Tokyo) and Kenneth Bednarek (silver medallist in the 200 m) competing in the 200 m race, Briton Dina Asher-Smith (world champion in the 200 m) up against the Jamaicans in the 100 m, Croatian Sandra Perkovic (Olympic champion in 2012 and 2016) in the discus, Briton Laura Muir (silver medallist in the 1,500 m in Tokyo) in the 3,000 m against Bahraini Kalkidan Gezahegne (Olympic number two in the 10,000 m in Tokyo), Hugues Fabrice Zango from Burkina Faso, indoor world record holder in the triple jump and Dutch athlete Femke Bol in the 400 m hurdles (bronze medallist in Tokyo).

Finally, true to form, the Meeting de Paris 2021 will once again give pride of place to the French athletes, who will be out in force to try to hunt down a solid performance with a view to rounding off their season in style: Pascal Martinot-Lagarde and Aurel Manga, both Olympic finalists in the 110 m hurdles, Gabriel Tual, the revelation of the Olympic Games in the 800 m (7th) and of course Mélina Robert-Michon, one of the most medalled of France’s athletes still in action, who will be competing in a very top-notch discus competition.