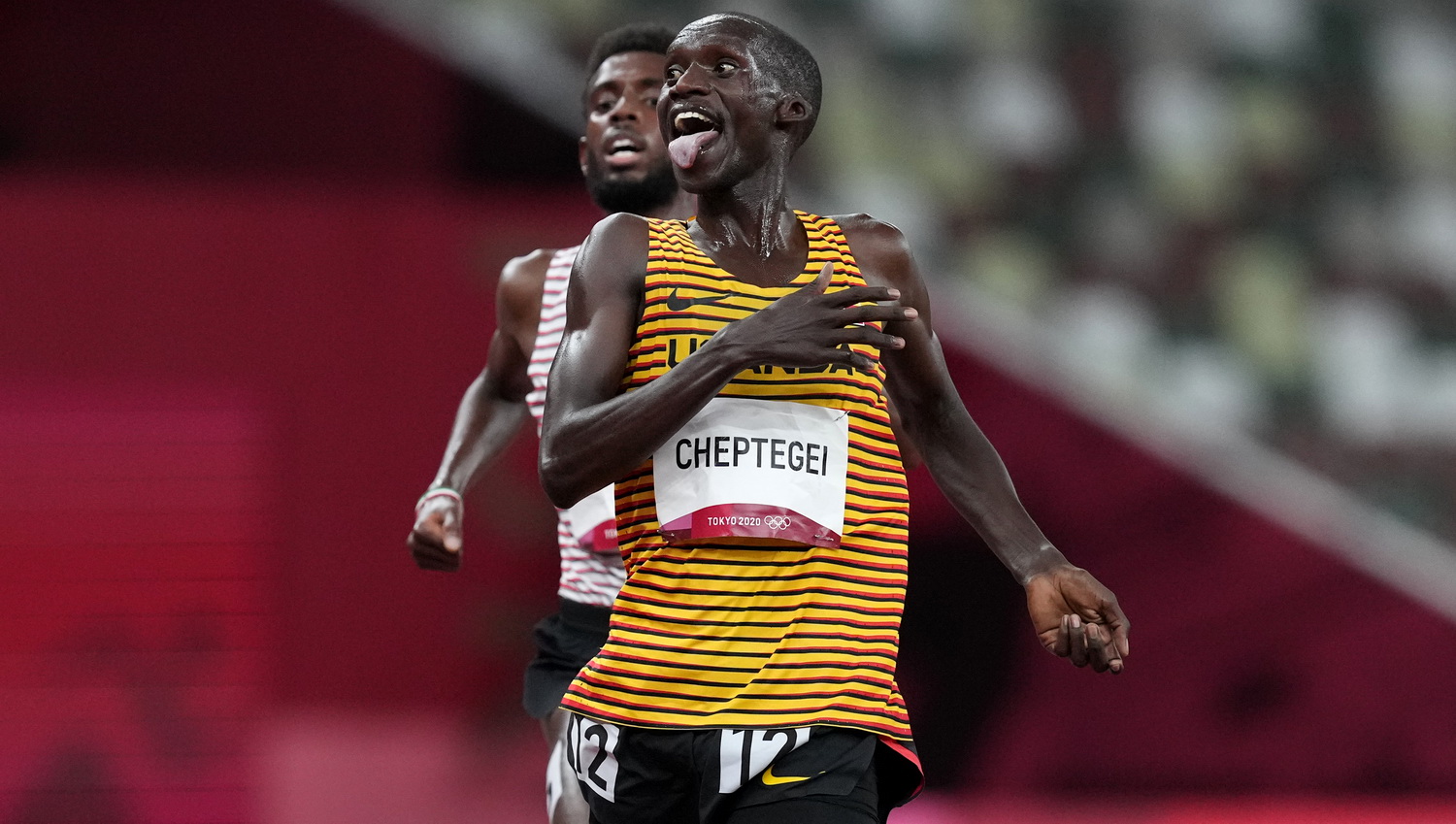 For Uganda’s Joshua Cheptegei winning the gold medal put a feather in the cap of an athlete who entered the world stage like the ear-splitting bang of a starter’s pistol.

In 2020, he took down four world records and one world best time from 5000m to the 15km road race. In jaw-dropping fashion, he bettered Ethiopian, Kenenisa Bekele’s 5000m and 10,000m world records that until then seemed unapproachable for 16 years. He ran 12:35.36 at the Monaco Diamond League meet, then 26:11.00 in the Valencia DL meet. The running world took notice. He also bettered the world 5km road record in Monaco with a 12:51 performance, just for good measure.

For the 24-year-old a little lingering doubt crept in about his ability to dominate at the same level during the Olympic Games when he was beaten by Norweigan Jakob Ingebrigtsen and Canadians Mo Ahmed and Justyn Knight during a Diamond League meet.

Finishing in second place was Ethiopian Hagos Gebrhiwet in the time of 12:49.02. He owns a personal best of 12:45.82 from 2018. Third was Canadian record holder Ahmed who clocked a 12:50.12. Spanish runner Katir Mohamed was nearly half a second back of Ahmed at 12:50.79 and running sub-13 for the first time. Running a new personal best was Canadian Knight with a 12:51.93 for fifth place. Finishing sixth was Cheptegei.

But The Ugandan brought his A-Game to Tokyo and finished the 12.5-lap race in the heat with a flourish.

His finish time was 12:51.15, while Ahmed, absolutely dead set on not finishing fourth, laid it all on the line to nearly take gold at 12:58.61. American, Paul Chelimo, would have made good with a football or rugby ball in his hands as he dove over the finish line to capture bronze in the time of 12:59.05.

Knight acquitted himself well finishing seventh in the time of 13:04.38. Pretty good for a pair of Southern Ontario boys. And pretty great for the Ugandan, who has led the coming-out party for the East African nation of late.