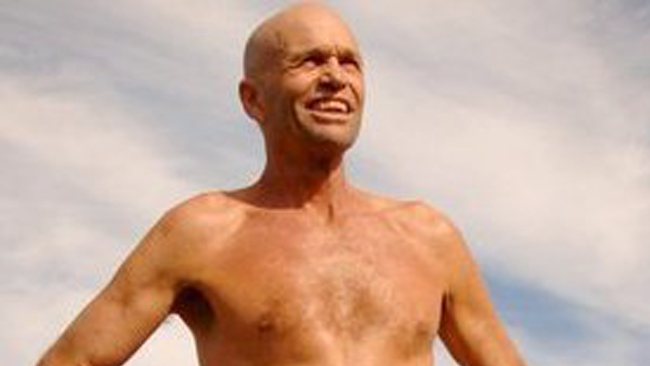 Like many of you, I read the best selling book Born to Run, a slightly over-the-top account of the bad-ass real-life character Micah True or his pseudonym Caballo Blanco, meaning “White Horse”, and the tribe of Mexican natives known as the Tarahumarah of the Copper Canyons that he befriended. Of course the book’s premise is all about minimalist running and had helped fuel the new minimalist running culture and craze, for better and for worse. And like many of you, I had heard about Micah True’s untimely passing last week while doing what he loved to do and that of course is being out on the trails enjoying a 12 mile run. He was 58.

Brian Metzler of Running Times Magazine knew True and he happens to live in Boulder, Colorado where True spends his summers. True also lives modestly in the Copper Canyons with the Tarahumarah during the winter months. He became one of them, which is a first for an outsider.

In the early 1990s, ultrarunner Micah True had the fortune of getting acquainted with the Tarahumara Indians who had ventured to Colorado for the Leadville 100, even pacing one for the final 50 miles of the race in 1994.

That connection eventually led him to start a low-profile, self-sponsored race that supported Raramuri people (the name the Tarahumara call themselves) in their native land of the Copper Canyon region of Mexico. But when Born to Run became a New York Times best seller last year, True gained notoriety as the mythic character Caballo Blanco through whom author Christopher McDougall explores the mysteries of the Tarahumara and minimalist running. True eschews publicity, but through the years his Copper Canyon Run and Ultramarathon has become known for its pure racing integrity and cultural interact ion with the Raramuri people who have become his friends and neighbors. (He spends his summers living in the foothills west of Boulder, Colo., and his winters in a small adobe house he built near Urique, Mexico.) His next race, which includes a prize purse of $10,000 and 31 tons of corn, will be held on March 7 and will likely include about 60 “gringo” runners and 200 Raramuri and Mexican runners.

Q. What is your running background and how did you get involved with the Raramuri?

In the mid-1980s, I was running 5,000 miles a year, but I never really raced. I ran for fun for the most part, but then I won the first ultra I ran, called the Rocky Mountain 50, in 6:12. I started doing the Leadville 100 and some other races, but I found myself thinking I had to keep up 170-mile weeks. That’s when I found myself getting hurt, when I started taking myself too seriously. After a few stress fractures and really bad ankle sprains, I stopped racing. But then I had a really bad bicycle accident in 1993 and I decided to celebrate being alive by going to Leadville and running it again, and that’s when I originally met the Raramuri, their first year they were brought up to run there. In 1994, the Raramuri came back and I was recruited to run the last 50 miles with one of them, Martimiano Cervantes, who eventually came in third that year. It was a lot of fun and engaging–getting to know them, spending time with them and running with them.