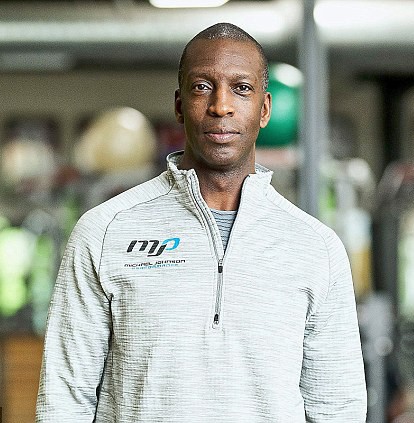 Michael Johnson, TV commentator and former world record holder in the 400-metre sprint, commented during the Eugene World Athletics Championships on Twitter that he felt the results from the women’s 100m hurdles were incorrect.

The 54-year-old four-time Olympic gold medallist was merely tweeting that he believed the win by Oluwatobiloba Ayomide “Tobi” Amusen and all the finishers behind her ran slower than the finish times indicated (recorded by the clock/timing system). Amusen broke the world record clocking a 12.12 finish time.

But he received harsh criticisms over the social media application from fellow sports fans from the US accusing him of being racist.

I don’t believe 100h times are correct. World record broken by .08! 12 PBs set. 5 National records set. And Cindy Sember quote after her PB/NR “I throughly I was running slow!” All athletes looked shocked.

One Twitter comment suggested that Johnson didn’t question Abby Steiner’s win, and another that he didn’t question Sydney McLaughlin’s world record, because they are both American.

Some shots taken were simply misfires. Johnson had predicted that Steiner would not medal.

Slim Daddy wrote, “Michael Johnson are you naturally this dumb or do you have to put in effort?

Why don’t you channel your energy to recovering from your stroke you Black racist!”

Another accused him of being a benefactor to synthetic performance-enhancing drug use.

Michael Johnson a drug cheat who feasted on specially designed synthetic performance enhancement drug is casting a doubt on an African who just broke a record. Feel free to die of shock

Johnson stated in the below tweet that he predicted Amusen to win and that he was not singling her out, but referring to the timing system.

As a commentator my job is to comment. In questioning the times of 28 athletes (not 1 athlete) by wondering if the timing system malfunctioned, I was attacked, accused of racism, and of questioning the talent of an athlete I respect and predicted to win. Unacceptable. I move on.

Johnston held the 400m world record from 1999 to 2021 at 43.18 seconds, until the record was bettered by South African Wayde van Niekerk to 43.03 seconds. Johnson earned four Olympic gold medals, two 400m, one 200m, and one 4 x 400m. He is also an eight-time World Athletics Championships gold medallist.

Johnson works as a commentator, typically for the BBC, where he has also written columns for the Daily Telegraph and The Times newspapers.