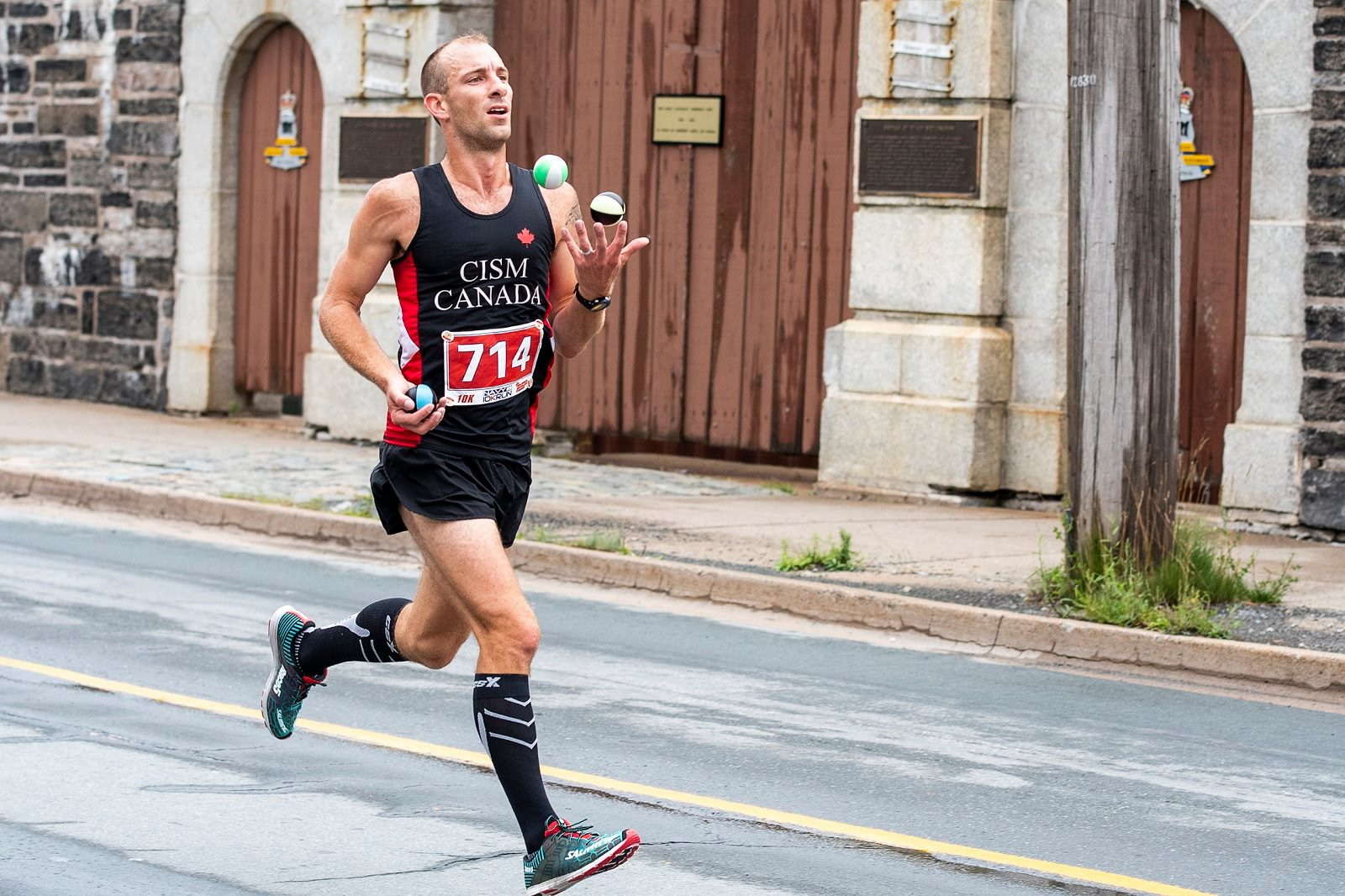 Make room world-record joggler Michal Kapral, there is a new ballsy-joggler on the world running scene.

Although Michael-Lucien Bergeron of Halifax, NS hasn’t joggled the marathon like Kapral has – who owns the world record of 2:50:12 – Bergeron just broke the Guinness Book of World Records for the 10K distance. The record is still pending video verification.

The current ratified record is 36-minutes and 27-seconds. Bergeron cleared that time by 51 seconds finishing the Navy 10K in Halifax last Sunday in the time of 35:36.

Joggling, for those who don’t know, is juggling three objects, while running. In the case of Kapral and Bergeron, they do it with their balls.

Bergeron will have to submit video evidence of him tossing his balls, that covers the entire race as well as witness testimony and confirmation in writing form the race director. The ratification process can take a few months to finish.

Asked about how he felt about his performance he said, “The first reaction I got was a big relief. I had my wife, colleagues, and friends with me at the finish line and I took a knee down to savor this moment.” While holding his balls.