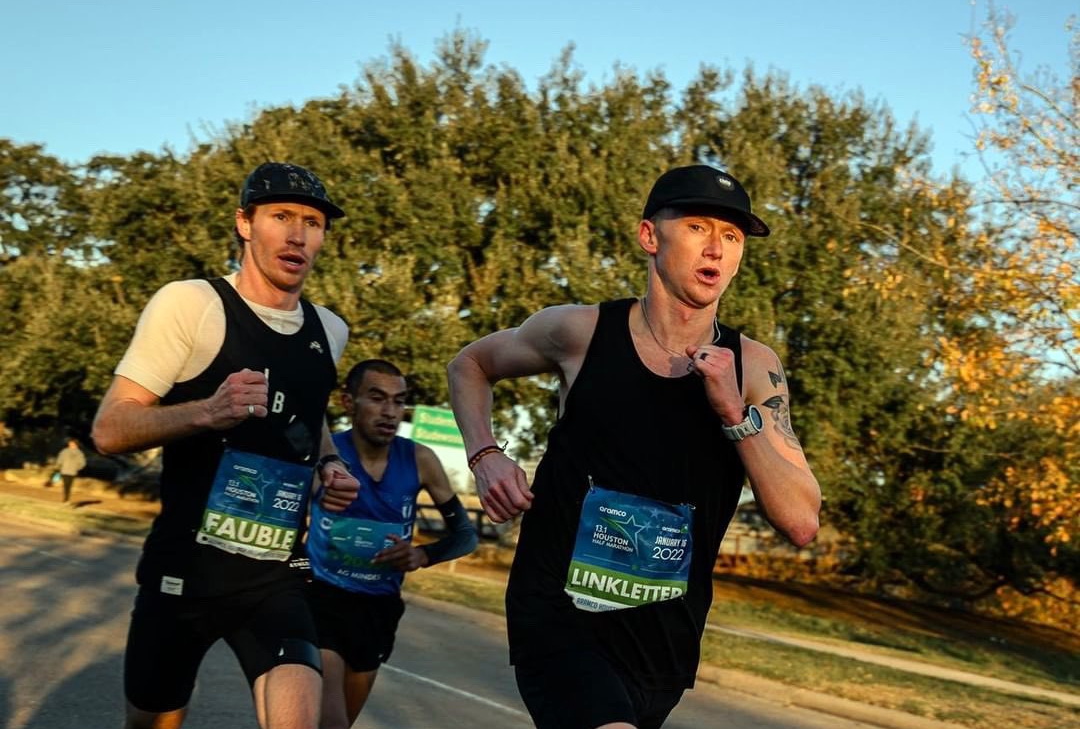 Athletics Canada nominated a full marathon team made up of three women and three men to compete at the 2022 World Athletics Championships. It’s a good thing, because the Paris 2024 Olympic Games is a visible beacon in the distance from an athlete’s perspective. Two years is a lot sooner than the 15,000 to 20,000 kilometres of training that is lying in wait. Although the world championships may be a stepping stone to the Olympics, the meet is as equally competitive.

The 2022 World Athletics Championships taking place in Eugene, Oregon is tomorrow-like from a distance runner’s perspective. Marathon runners can sense the start of the first North American-based world championships since Edmonton 2001 and second all-time like it’s tomorrow — it’s about time the meet is on the continent again, don’t you think?

Kinsey Middleton of Boise, Idaho, a Canadian-American, will represent the maple leaf in Eugene. She just found out and is thrilled. Don’t doubt that she is likely filled with nervous anticipation. Worlds is pretty much the Olympics, just with running, racewalking, and field events — not the other 32 sports. It is the biggest stage and athletics is a very big part of the showcase that is the Olympic Games. A World’s medal is equally as difficult to attain in both events. To make a good go of the Olympics, one typically should have some international experience.

“I couldn’t be more thrilled to be named to Team Canada! This was my goal throughout the spring. So it’s very exciting to have accomplished it and have this opportunity to represent Canada on the World Stage,” shared Middleton, shortly after her surprise win at the Ottawa Marathon.

Sometimes governing bodies can be very beholden to their standard benchmarks. Athletes can be left off international teams by missing a standard by seconds. In the case of Middleton, she needed to run sub-2:29:30 to qualify, or achieve some of the other criteria described in the minutiae of the published standards.

She came close by running a 2:30:08 for a new personal best. But just as importantly, she did it in warm temperatures on a rolling course. The performance suggests that there is more coming from Middleton. If Athletics Canada is judging the performance on the specific marathon conditions (weather, nature of course, et al), this will be welcome news. Running a 2:30:09 perhaps suggests a 2:26 – 2:28 on a faster course with plenty of competition around.

In fairness to the process of being fit and at the same time peaked and then tapered, the time difference between Ottawa and Eugene is short. Straddling training stimulus, recovery and some semblance of a taper will be a carefully planned approach by her coach. She is fired up, though.

“I am also very thankful that my legs have rebounded quickly after Ottawa. I’m mentally fired up and ready to put in the work to be primed and ready to roll in Eugene. I’m looking forward to racing and seeing what I can do in just a few short weeks!”

Ottawa was a first-time victory at the distance. However she was the first Canadian at the 2018 Toronto Waterfront Marathon, which is a race-within-a-race for the Canadian championship. Middleton clocked a 2:32:09 in Toronto. A two-minute and one second personal best in Ottawa is worth more than the time difference, straight up.


The other two women…

With Middleton, will be fellow Canadians Leslie Sexton from Kingston, Ontario, who last year relocated to Vancouver, BC. The move seems to have worked out well for her. Also on the start line will be Élissa Legault, who also ran well in Ottawa clocking a new personal best of 2:33:27. It was a strong performance for the 28-year-old from Vaudreuil-Dorion, a suburb of Montreal, QC.

Six months prior, in Nov. 2021, in Philadelphia, Sexton ran her personal best with a 2:28:35 performance. Not that proving fitness is still a thing with qualification for a global championships, but Sexton did run a 10,000m race in May in Vancouver clocking a new personal best at age 35 with a 32:31.89 finish.

“Representing Canada at a major championship has been a goal my coach (Steve Weiler) and I have been working towards for nearly 12 years, so this opportunity is exciting, to say the least!” shared Sexton. “I’m also very happy to see that Canada will have a full marathon team competing in Eugene, our marathon depth has come a long way and I’m proud to be a part of this amazing group of athletes.”

Like Middleton, Sexton is hitting her stride. She seemed to have perpetually run well into the 2:30s for several years. She dropped from 2:50:56 in 2014, to the 2:30s, but seemed stuck, until her Philadelphia performance. Sexton takes that run to the start line as the fastest Canadian in the field.

Legault has run at least three new personal best in 2022. In January she ran 73:06 at the Houston Half Marathon. In May, she clocked a 33:19.94 10,000m performance at the Pacific Distance Carnival in Vancouver. Then there was Ottawa.

Rory Linkletter‘s best is from Dec. 2020, where he ran 2:12:54 in Chandler, Arizona at the one-off The Marathon Project. A year later, he ran the California International Marathon in Sacramento in the time of 2:12:52. However, a month later, in Houston he dropped the hammer clocking a 61:08 half-marathon to break the national record.

Linkletter took to Twitter posting, “We are going to Eugene.”

There is no telling if the Houston performance sealed the deal for Linkletter, but it was a great performance five weeks after a marathon. He is coached by Ryan Hall, the American record holder in the half-marathon and the coach of his wife Sara Hall, who has had an incredible run of it over the past two years.

Cameron Levins is on the team. The Vancouver Island-raised athlete owns the national record in the marathon at 2:09:25 from the 2018 running of the Toronto Marathon. After a few rough marathons including London 2020, in the cold temperatures and rain, a rough fade after 32K in Chandler among others, he wasn’t giving up. At the 11th hour he flew to Austria and pulled off a 2:10:14 to qualify for Tokyo. Perhaps he ran too many marathons to qualify, as he had a rough race in Sapporo — maybe it was too damn hot at 34 degrees. Levins is known for bouncing back well. It will be interesting for Canadians to see if he can race at his best in the same time zone he trains in, when in Eugene this summer. He will be seeking redemption, as he mentioned on social media.

Asked if he was surprised about being selected, due to his rough go in the Olympics he said, “I still had a strong qualifying performance/time from last year so, despite a rough Olympics, I felt pretty confident I would be selected. [I am] Training really hard, and actually racing Canadian half marathon championships in a couple weeks; that should give me a pretty good idea of where my race form is at.”

Benjamin Preisner is on the team too. He competed with Levins in Sapporo as well as Chandler. In Chandler he clocked an impressive debut of 2:10:17. This is well under the Olympic standard of 2:11:30. However, he also had a rough go in the Olympic marathon finishing in 46th place in the time of 2:19:27. He too will be seeking redemption.

As for Middleton, and the rest of the team, Eugene may be an opportunity to achieve some goals that perhaps appeared tough to get to leading up. Or from Preisner and Levins’ perspective did not pan out in Sapporo.

The Canadian team should be hungry.