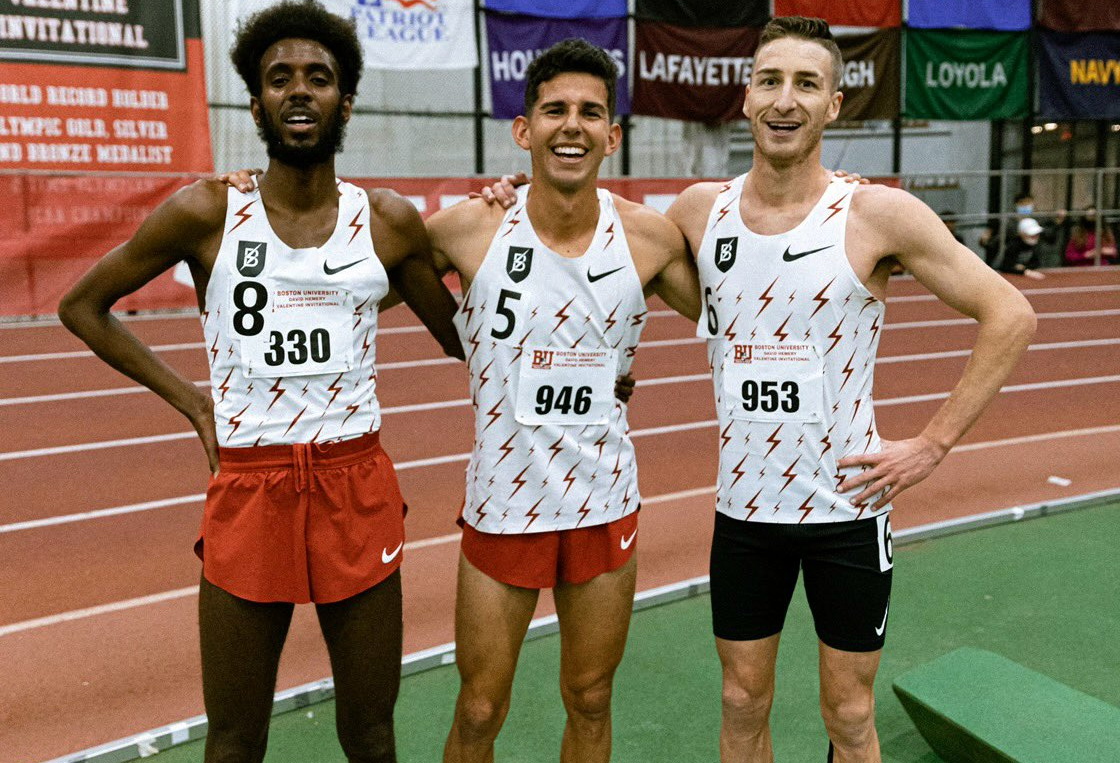 For example, Gabriela DeBues-Stafford broke two national records in less than a week. This time it was a trio of records by Marc Scott, Mo Ahmed, and Grant Fisher.

In that race, Scott became the first European to break the 13-minute benchmark indoors in the 5000m event.

Scott, already the European indoor record holder with a 13:08.87 performance to his credit, dropped jaws, with his 12:57.03 performance.

⚠️12:57.08⚠️New British & European Indoor Record tonight. Couldn’t have done it without these two and all the guys not pictured. @bowermantc on a MISSION!!!#MadMarc #BostonMagic #Sub13 pic.twitter.com/HMdj1aUm96

Scott finished third behind training partners Fisher and Ahmed. The two broke American and Canadian indoor records with their 12:53.73 and 12:56.87 clockings, respectively.

Canadian Ahmed, who is from St. Catharines, Ontario, is the fastest North American outdoors all-time. He owns a best of 12:47.20. He set the mark in July of 2020 at the Jesuit High School Track in Portland, OR. The 31-year-old went on to win the silver medal during the Tokyo Olympic Games.

Kenenisa Bekele currently owns the world indoor 5000m record at 12:49.60 which he set in 2004. There is no doubt that Ahmed in the right situation should challenge that record.

THERE GOES THAT MAN!