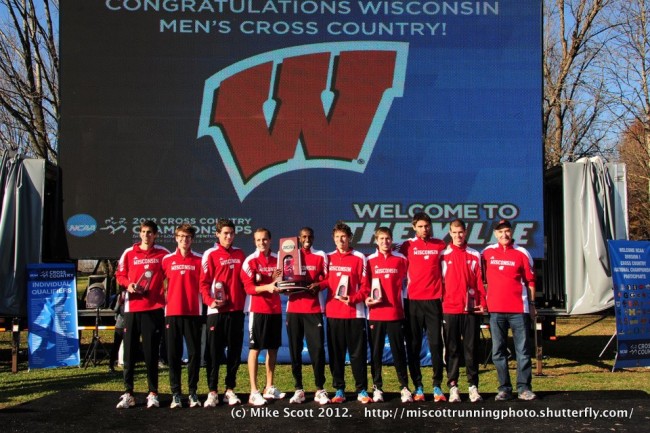 Mohammed (Mo) Ahmed of St. Catherines, Ontario is a distance runner who has run 10,000m as fast as 27 minutes and 34 seconds, the third fastest in Canadian history behind number two Cameron Levins, with his 27:27 and Simon Bairu’s 27:23. His talent however, may be overshadowed by Levins. The 2012 Canadian Cross Country Championships may be an opportunity for Ahmed to step out front.

Is an upset in the making?

Friday November 9th, Ahmed, finished first overall at The Great Lakes Regional Cross Country Meet. In that race, he led his NCAA division one University of Wisconsin Badgers to their 11th consecutive title. He followed that win up with an eighth place finish on November 17th in the 2012 NCAA Cross Country Championships that took place in Louisville, Kentucky. Ahmed entered the NCAAs with the intention of going for the win. “My 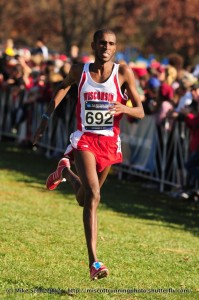 expectations were to win,” said the London Olympian. “The race played out how I envisioned, the only thing I did not envision was me not being there (winning). It was not my day and I hope to redeem myself during indoors.”

“One has to be mentality and physically aggressive if they want to win a race and my goals are always to be aggressive.”

Ahmed will be racing the Canadian Cross Country Championships Saturday, November 24th in Vancouver, BC. He intends to perform well at this meet too. “The aim for this race is to have fun. I think, one of the reasons why I did not perform the way I wanted thus far is because I put too much pressure on myself and I forgot to have fun. I am going to try and get back to the basics and have fun,” replied Ahmed when asked if he is going to go for the win in Vancouver.

Considering Ahmed’s solid performances of late and Levins running weekly mileage that has recently gotten up to 190 miles in a single week (307 kms) there is the possibility that Levins may not be fresh and race ready on Saturday. If so, perhaps Ahmed can seriously challenge for the win. Additionally, Chris Winter is running very well as he soundly beat Geoff Martinson on October 27th at the BC Cross Country Championships. Martinson, may not be at his best, but he has a strong running resume, which includes competing in the 2011 IAAF World Track and Field Championships in the 1500m distance.

Another serious threat is Kelly Wiebe who won the CIS Cross Country Championships in convincing form. He also competed in the 39th IAAF World Cross Country Championships that took place in Punta Umbria, Spain, finishing in a respectable 58th position. Wiebe won the 2012 Vancouver Sun Run, in 29 minutes and 12 seconds. Wiebe should be in the mix for most of the race, he should potentially push Ahmed throughout.

Like Levins, Ahmed competed in the 10,000m event at the 2012 London Olympic Games. Ahmed has been honoured with All-Big Ten, All-Region and All-American status multiple times since 2009. He also competed three times in the IAAF World Junior Cross Country Championships. With his experience, talent and work ethic, Ahmed is no slouch. He expects to perform well. “Ultimately the big goal is to be in the top six. Cam is a machine whether he is doing high mileage or not, his kick is going to be there regardless,” said the 21-year-old Badger. “My mentality is to be aggressive in any race I want to win. One has to be mentality and physically aggressive if they want to win a race and my goals are always to be aggressive. Whether I fulfill those goals depends on how my body feels on the day.”