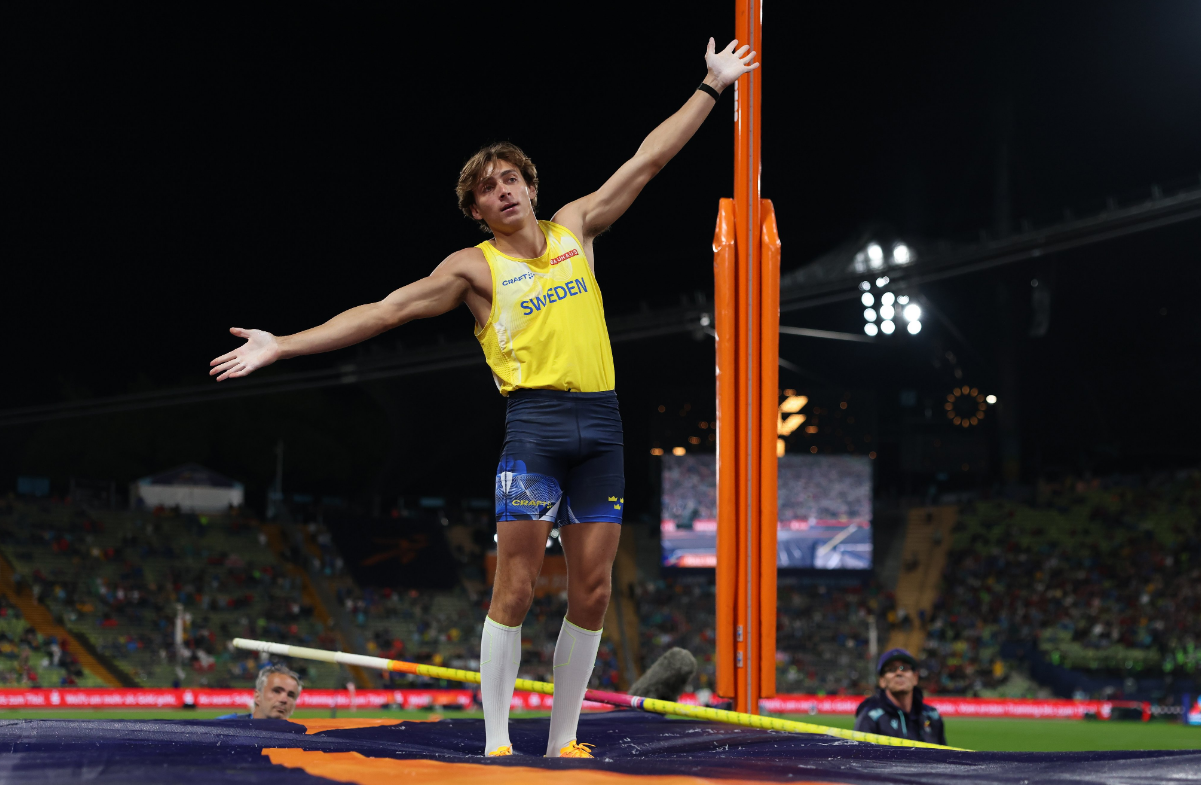 Mondo Duplantis of Sweden seems to have no peers. Saturday, he won the men’s pole vault gold medal at the Munich European Athletics Championships. He set a new record of 6.06 metres for the win.

The 22-year-old had first cleared all five attempts and reached 6.06m in the fifth attempt before deciding not to vault for the sixth time. He also holds the world record at 6.21m, which he reached at the Eugene World Athletics Championships in Oregon in July.

“It was a great evening. Considering the situation and circumstances, I cannot complain. It was very special for me today. I was just focused on winning. I am just glad that everything worked out the way it did tonight. I think this season, I have experienced all kinds of situations and these championships were very special to me. The crowd was very special, it is a special place here.”

Duplantis has one internationally at every level. He has won the Diamond League at least 17 times. In 2021, he took gold at the Tokyo Olympic Games. Duplantis is the World Athletics Championships gold medallist from Eugene, won the World Indoor Championships, and European Championships, and holds both the indoor and outdoor world records at 6.20 and 6.21m respectively.

Sadly, Welsh decathlete Ben Gregory was in a serious cycling accident and is clinging to life. He sustained a fractured skull and neck and is in a coma.

Gregory, 31, has a decathlon best of 7882 points and placed sixth in the 2010 Delhi Commonwealth Games and Glasgow 2014 before finishing seventh at the Gold Coast in 2018.

The popular Welsh athlete also won the England Athletics decathlon title during his career before becoming a PT and coach in London.

On Instagram, his partner Naomi Heffernan wrote, “He’s in a coma and on life support.

“Ben needs your positive thoughts and prayers right now. Those that know Ben know how strong he is mentally and physically, he’s a fighter and he’ll get through this.

“Please pray for him and send all the positive energy and thoughts you can muster.”