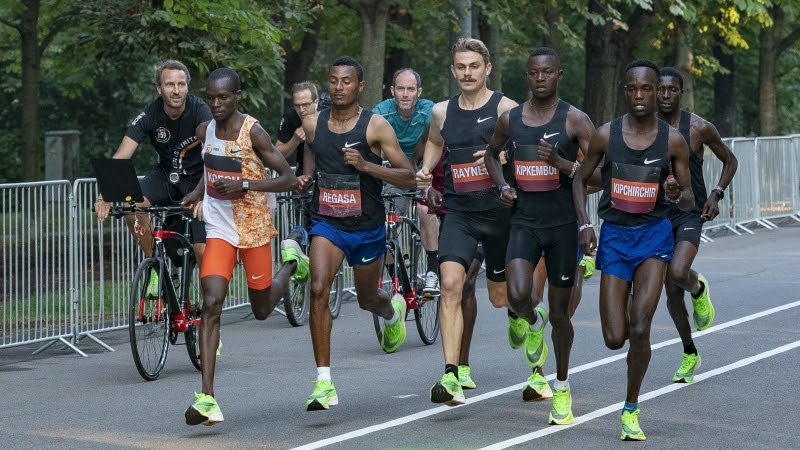 Thirteen more pacemakers have been confirmed to help Eliud Kipchoge in his bid to become the first human to run a sub-two hour marathon at the INEOS 1:59 Challenge in Vienna in October.

All 13 of the pacers took part in the testing for the challenge in Vienna at the start of September and will return for the real thing in three weeks’ time united in the aim of helping Kipchoge make history.

Among the latest batch of pacemakers is Marius Kipserem (KEN) who set a course record time of 2:04:11 to win this year’s Rotterdam Marathon. The 31-year-old, whose time in Rotterdam ranks him as the sixth fastest marathoner in the world this year, is also the reigning Abu Dhabi Marathon champion.

Kipserem said: “It was a fantastic experience to be part of the testing for the INEOS 1:59 Challenge in Vienna. All of us there were able to learn a great deal about what will be expected of us on the day of the challenge itself when it is our aim to come together as one team and help Eliud Kipchoge make history.

“During the weekend of testing, you could really feel the team come together as one and we are all united in the belief that Eliud can do this – he can be the first man ever to run sub-two hour marathon. Our jobs as pacemakers is to do all we can to help Eliud make this happen.” 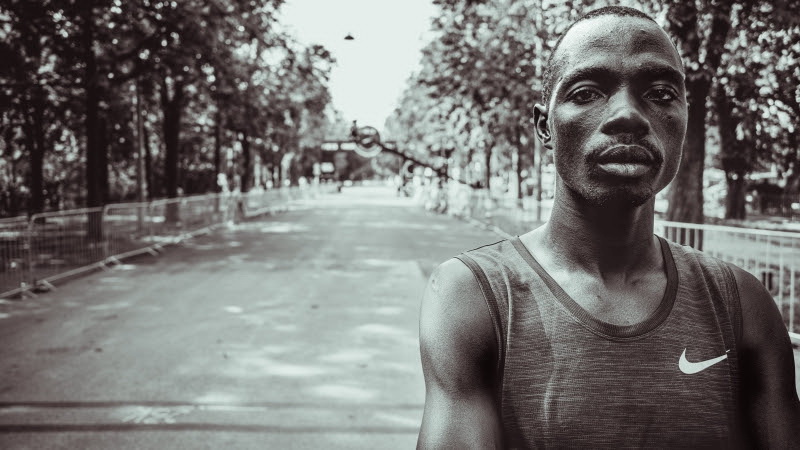 Part of the NN Running Team with Eliud Kipchoge, Kipketer has a marathon personal best of 2:05:51 which he set in finishing second in the Tokyo Marathon which is part of the World Marathon Majors series. He has also finished third in the 2016 Chicago Marathon and won the 2016 Mumbai Marathon.

Koech has a 10km personal best of 27:46 which he set in finishing third in the Durban 10km last year behind Joshua Cheptegei and Julien Wanders. This year he has finished fifth in the Cape Town 12km (33:53) and second in the Poznan Half-Marathon.

Kogo is an Olympic bronze medallist from the Beijing Olympics in 2008 when he placed third in the 10000m. He is also a former world record holder for the 10km on the road, setting a time of 27:01 in Brunssum (Netherlands) in 2009. The time is still the fifth fastest time over the distance in history. Kogo also finished runner-up in the 2013 Boston Marathon.

Mande ran a personal best 10km time of 27:35 to win the 10KM de Port-Gentil in Gabon in June. The time was a course record and the 12th fastest 10km time in the world this year. He also finished runner-up at the Cape Town OneRun 12km race this year. He has a half-marathon personal best of 60:14 set in Venlo, the Netherlands in 2018. As a junior he finished runner-up in the 5000m at the 2013 African Championships.

Formerly Mike Kipruto Kigen, Ozbilen he won silver medals in both the 5000m and 10000m at the African Championships in 2006 representing Kenya. In 2015, he changed his name to Ozbilen and now competes for Turkey. He holds national records for Turkey at both half marathon (59:48) and the marathon (2:05:27). He also won a silver medal in the European Championships half-marathon in 2016.

Regasa won the 10K Valencia Ibercaja in January of this year in a course record time of 27:23 which was the sixth fastest time in the world this year. He has also set a new personal best of 5000m on the track this summer of 13:06:98.

There will be a further announcement on more pacemakers involved in the INEOS 1:59 Challenge in the coming weeks.