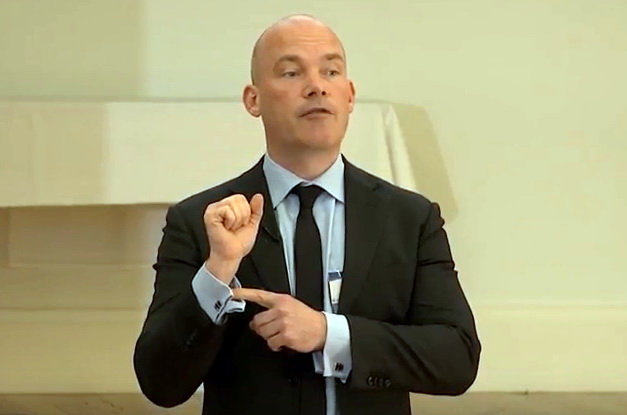 Move it or lose it is an old adage that has been bantered around casually for decades, but it is now an aphorism supported by scientific evidence. It applies to all athletes and especially so for masters and beyond.

According to professor of physiology and exercise, Luc van Loon of Maastricht University in the Netherlands, an immobile body literally melts without physical stimulus. But it is not just the fact that we atrophy, but in the pattern, in how it happens that should be a cause for concern. The lesson to learn from van Loon is to not get complete rest if you can help it while injured or sick.

There are two common forms of muscle loss, age-related, which is known scientifically as Sarcopenia, and loss due to immobilization or sedentary behavior commonly referred to as atrophy, for example when an arm or leg may be broken and therefore is casted for weeks and completely immobile, the muscles shrink rapidly. When hospitalized or bed-ridden due to sickness or surgery, muscles still need to be stimulated.

For example, the simple act of not eating in bed, but moving to a table will slow the rapid decline.

For the mature athletes, according to van Loon, Sarcopenia does not happen in a gradual or linear decline as the years and decades pass by, but in staccato steps during times of inactivity.

Visualize the illustration of a staircase as a line graph where there is a deep loss in a short period of time.

Muscle loss can happen at a rate of up to approximately 20-times that of muscle gain when built back through strenuous physical resistance exercise. For example, after hip replacement, it takes 16 to 24 months for the muscle to return when actively participating in a program to return the muscle to normal. Older or sedentary patients may never return to previous muscular strength at the surgery site.

At times of inactivity, due to surgery or sickness, one week of bed rest can result in a loss of muscle that will take approximately six months to completely re-build.

“Muscle is dynamic in nature. It is constantly being synthesized and broken down,” said the professor during a lecture titled, “Anabolic Resistance of Aging”.

He asked everyone in the audience to look at their own arm and imagine it being constantly reconstructed anew. “Look at your own arm, make a fist, look at the muscle under the skin. Two to three months from now you will have a new arm. It is constantly being broken down and re-synthesized.”

Organs synthesize and break down at an even higher rate. For example in one study, he injected a tracer fluid and observed a changeover of 3-4 per cent per day in the human brain.

“So within six weeks, you have a new brain. The data has been saved, but it has been broken down and rebuilt in just six weeks’ time.”

So the lesson here for athletes of all ages and abilities is to remain as active as possible even when injured or sick. Obviously, common sense should prevail and the exercise should not irritate current injuries, but supplement rehabilitation.

There are two common anabolic stimuli: nutrition, and exercise. As soon as we eat, the protein in our diet stimulates muscle protein synthesis. The ingested protein containing amino acids are not just building blocks for muscle stimulus but are also signalling molecules, so just the act of eating will stimulate the process that leads to muscle repair.

“As soon as we eat, the amino acids in the diet see the muscles and set off the signalling pathways and then set off all the muscle protein synthesis,” says van Loon.

The best time to eat is directly after exercise. The good news is, that the appropriate amount of protein required to start the process of muscle repair isn’t much, at just 20 grams, which is equivalent to approximately two eggs. Eggs are a good choice as they contain all essential amino acids. The 20 grams of protein, according to van Loon, should be taken three to four times per day preferably in whole food meals, however, some people will benefit from essential amino acid supplementation for example athletes, both elite and non-elite and more so as we age. Grazing is not recommended.

After consumption, protein synthesis takes place within two hours and is maintained for up to six hours. Fifty percent of the consumed amino acids are released into the circulation and approximately 10 per cent of the total or 2.1 grams ends up in the damaged muscles within six hours.

After strenuous physical exercise, the body will synthesize more efficiently and a higher percentage of what is consumed in comparison to the rate of synthesis for the sedentary.

In regards to the age-related muscular decline, van Loon found in one study of elderly people, who began an exercise program, that it took about one full year to gain 2.9 pounds of net new muscle, whereas it takes as little as six weeks to lose that same amount when immobilized.

So the lesson here is to avoid injury and sickness for everyone, especially as you age, and if injured or sick, safely stimulate the skeletal muscles to avoid atrophy.