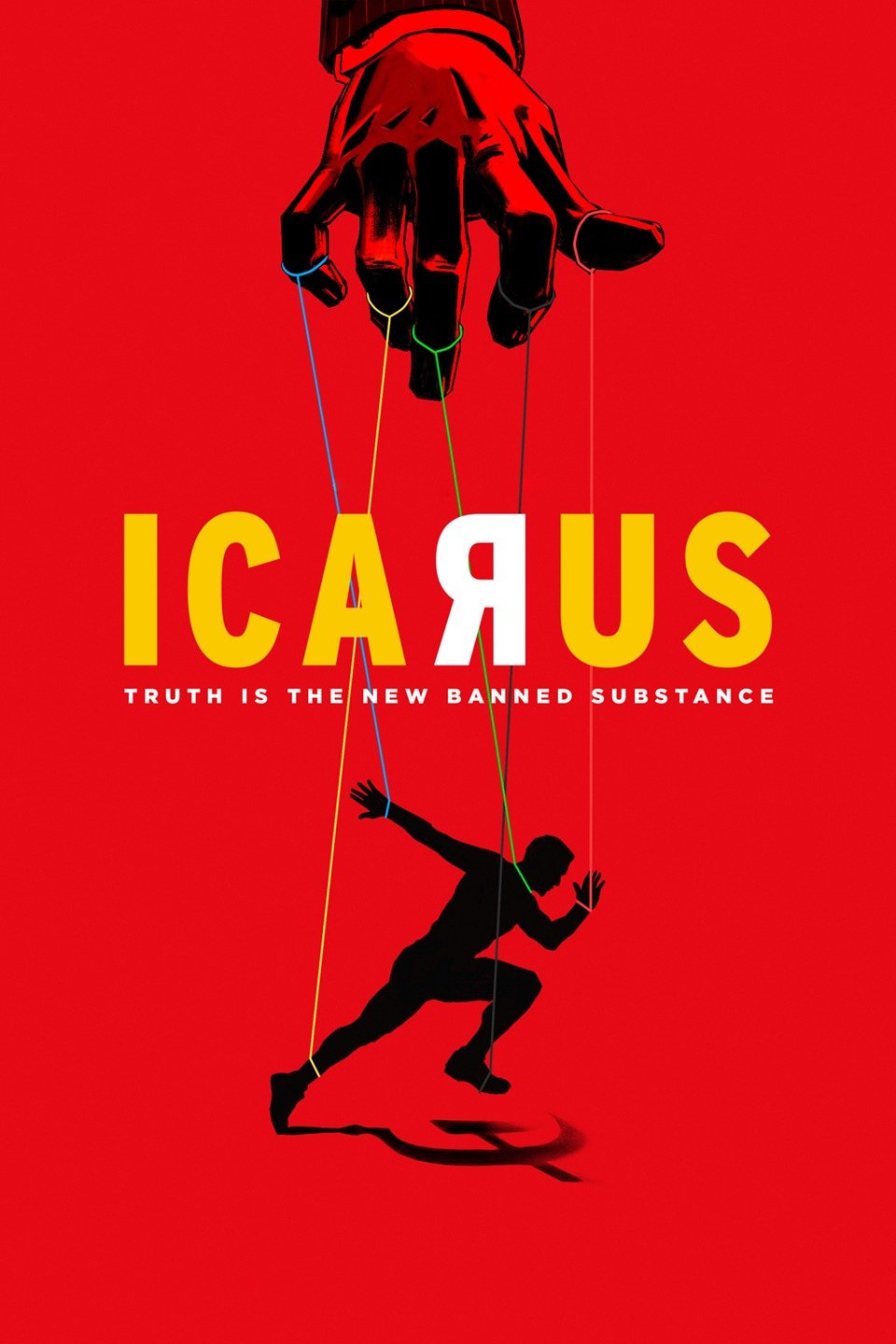 Icarus starts off documenting the efforts of a competitive but amateur American cyclist, Bryan Fogel, from the first person perspective, with his plan to dope and beat the system. The film documents just how easy it is for professional athletes to get away with it. But the “stuff” gets real part way through and the documentary takes a sharp left turn into indomitable chaos.

Doping and getting away with it, as we soon find out, is simple but not easy. Self-administered needles and peeing into cups (and freezing them) is not for everyone. Not every cheater gets to partner with one of the top doping experts in the world – but Fogel does – in Russian, Grigory Rodchenkov.

Fogel, the initial protagonist, successfully cheats a lot, perhaps to the level of Lance Armstrong – the ultimate sociopath (queue the “good thing he had a bike instead of a gun” comments). Although Fogel does not get caught cheating, he has a bad race at Haute Route in Nice, France for various reasons, including mechanical issues, and cuts his story short due to the Russian doping story that was about to explode.

It was about a third of the way in, where we are enjoying a Michael Moore-ish or perhaps Super Size Me type yawner that Rodchenkov gets caught in the middle of the Great Russian doping scandal of modern sporting history – bigger than Ma Junren of China, bigger than Lance, bigger than BALCO.

German television station ARD/TV released their own documentary that blew the lid off of Russian systematic doping program and at the same time the Guardian released a story of a young couple, the Stepanovs, ratting out their own government. They were also in the ARD/TV documentary as well as Icarus.

Vitaly wanted to work in anti-doping for earnest reasons and soon found himself in an upside down world where he was enabling doping. At the same time, his wife Yuliya, an 800-metre runner, was the recipient of a government-masterminded doping protocol – a Russia as Dystopia, scenario. They ran for their lives to Germany and then to somewhere else top secret. If they didn’t, it is assumed they would have been murdered. So would have Rodchenkov, who also fled. Two Russians officials were not so fortunate – one of them Rodchenkov’s life-long friend – it was a tense moment in the film.

An eye-popping revelation was made by ARD/TV: Russian President Vladimir Putin was in on it.

Could Tom Clancy have authored this story?

Fogel and fellow directors used a small amount of symbolism to enhance the documentary – for example, Rodchenkov was reading the book 1984 by George Orwell and quoted from it. The iconic knowledge process became a rolling symbolism: Awareness – Knowledge – Acceptance. This phrase drove the remainder of the story.

War is peace, Freedom is slavery, Ignorance is strength shocked Rodchenkov when he first read the verboten book as a teenager. He too was living a dystopian nightmare.

Some of the camera and post-edit work was sloppy in hiding Rodchenkov’s whereabouts as well as covering up the identity of lawyers and others. With a little investigative work – very little – some of the people and places can be identified. A top-level American lawyer who the team initially consulted with, backed out of the deal to protect Rodchenkov in court, because they had a Russian branch – it was too risky; a dead giveaway.

If the Russians can mastermind 40-plus years of doping via anti-doping (how perverse is that?), they can sort out some of the characters in the movie in short order.

Rodchenkov is both a protagonist and an antagonist in that he facilitated some of the biggest doping cover-ups in sports history, but he also decided to turn on the big red machine and out them to the New York Times.

Do we like him? He is conflicted and in his desperation to avoid death at the hands of his government, like his childhood friend (supposedly – not proven), he becomes a sort of damsel in distress and Fogel – a faux knight-in-shining-armour – gets to work assisting in his safe passage to the US and subsequent conversations with the New York Times and lawyers.

For those who have not closely followed the Russian doping saga, this documentary will be a jaw-dropping revelation – a bonafide core-shocker. For those that are aware, this film brings you a step closer to the proverbial big red doping machine of Russia – a living lie of pure unadulterated dishonesty. A dishonesty that is a cultural quirk so embedded in its soul, it is stark in its lunacy. The cultural stain appears to fly directly in the face of western culture, where at the bottom of the Pandora’s box exists hope for honesty; a vacuous truth to be sure for Russia, while at least in western culture, one is free to not dope.

Icarus is a recommended view.

Next interview at Athletics Illustrated

Short doping survey. What do you think?