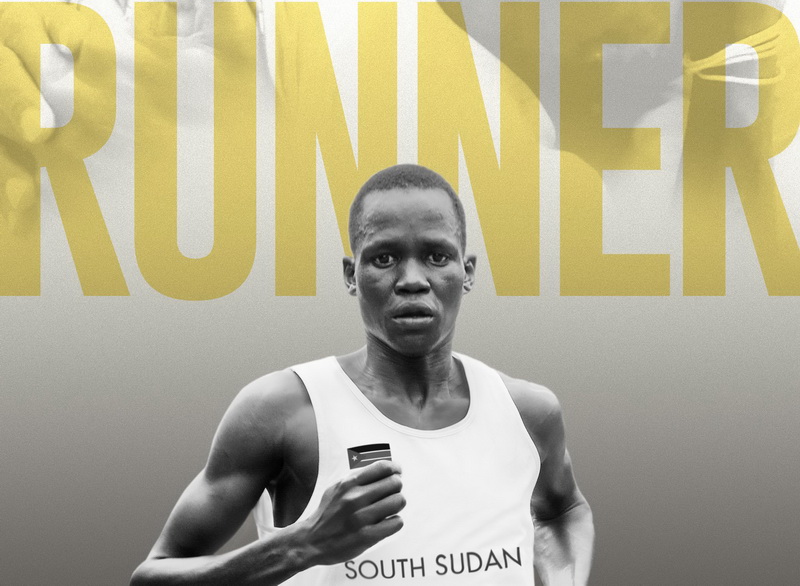 “Eyes so young, so full of pain … Two lonely drops of winter rain … And no tear could these eyes sustain … For too much had they seen.”

― Shaun Hick, author of The Ghost and its Shadow.

If Runner the documentary film about Sudanese refugee Guor Makar doesn’t make you weep once, it will make you weep at least twice.

Bill Gallagher, director, producer, editor — with the help of a few good people including Eric Daniel, three-time Emmy winning documentarian — takes the viewer on a journey to an early 2000s Sudan that was torn asunder by two clashing cultures. The north ruled by Islamic Law since 1983 and the traditional Nilotic tribespeople in the south, who speak dialects of Swahili. The story centres on the protagonist Guor Makar, a boy of nine siblings. All but Guor and one brother perish during the civil unrest. In order to save the last born, his parents let Guor, barely a teen, flee towards the city of Juba, which eventually becomes South Sudan’s capital.

He is captured and enslaved by a man promising employment and education, but it is all lies.

“If I had a knife, I would have ended my life while in there,” said Makar of his enslavement. “….so, I just broke down a wall and ran to escape.”

He eventually found relatives in the city and under refugee status escaped to the U.S.

It’s a heart-wrenching documentary that dives into his teenage years while going to a public high school in the U.S. and eventually university. The cultural transition was massive, but he was embraced fully by the school and track team.

Some of the footage of a war-torn Sudan was complemented by the voice of Makar as he described his childhood. Much of that footage was cleverly coloured with animation that depicted well the harsh conditions of what was once Africa’s largest nation.

The civil unrest and the political upheaval of Sudan as well as the referendum to split the country into two is a story the world watched play out on international television just a few years ago. For Makar, having a home country to identify with and to go back to provided tremendous relief, however, with his growing distance running success there was pressure to do well not for just himself, but for all South Sudanese people; to give them hope and dreams.

As Gallagher and company take us through Makar’s trials towards international competition and eventually representing South Sudan, moviegoers get to ride a roller coaster of emotion.

It is well worth watching and highly recommended, not just for runners but for anyone who wishes to be moved. Even during our current pandemic concerns and racial tensions, Makar’s story is of far more devastating circumstances — more horrifying than our kin.

Runner is currently rated 100% on Rotten Tomatoes with an audience score of 90%.