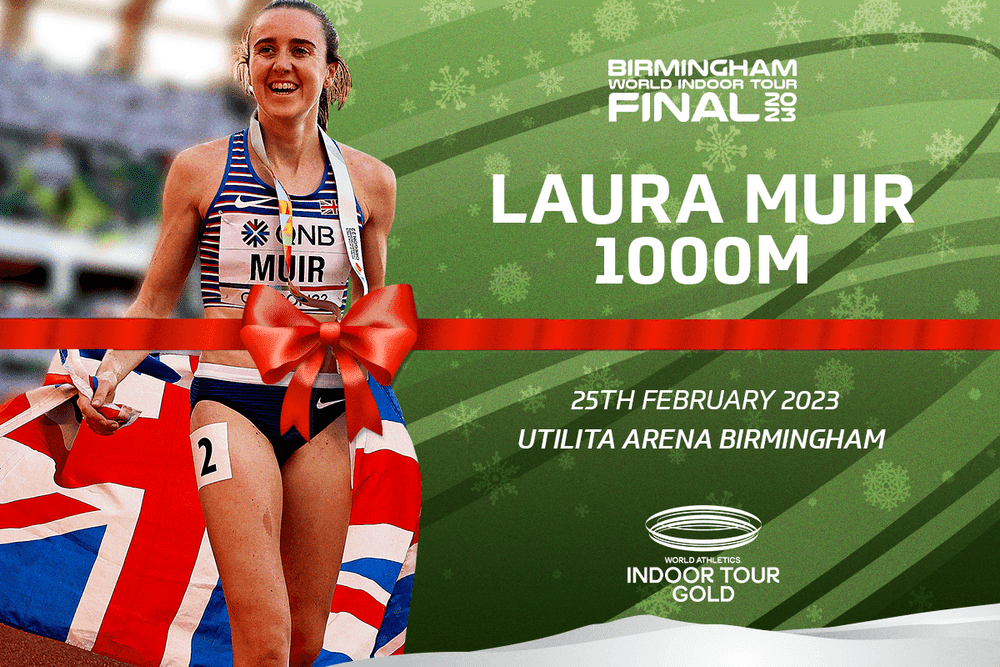 Olympic silver medallist Laura Muir will mark her return to the West Midlands at the Birmingham World Indoor Tour Final on Saturday 25th February as she attempts to break the World Indoor 1000m record.

It will be Muir’s first appearance back in front of a Birmingham crowd since she won 1500m gold and 800m bronze at this summer’s Commonwealth Games. The Scottish athlete has enjoyed much success in the city, as she recorded the second fastest time in history over the 1000m distance at the 2017 edition of this event.

With British distance stars, Jake Wightman and Keely Hodgkinson already announced for February’s event, the addition of another global medallist to the field shows this is an event not to be missed, as world-class athletics returns to the second city.

On attempting to beat the world indoor record in front of the Birmingham crowd, Muir said, “I have so many special memories from competing in Birmingham, so I am so very pleased to be coming back to race at the Birmingham World Indoor Tour Final and targeting Maria Mutola’s world record. It is a distance I have had a good history in over the years, and the British record in 2017 was a significant highlight in my career to date, so I look forward to seeing what I can lay down on the track next February.

“I always look forward to racing indoors in the UK, and it kicks off a big year for the sport. It is fantastic that the UK is hosting the World Indoor Tour Series Final, and it is great that all the athletes will get to compete in a brilliant atmosphere as there is nothing quite like a British crowd.”

Tickets are available for £25 for adults, £20 for seniors & students and only £10 for juniors. There are a limited number of home straight tickets left: https://www.britishathletics.org.uk/events-and-tickets/birmingham-world-indoor-tour-final-2023/