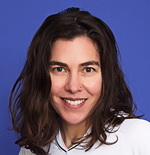 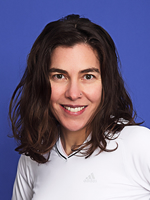 Cheryl Murphy has no time for small talk and less time for interviews; she’s a busy woman. Murphy is a physiotherapist who runs her own practice and a mother of two young boys. She also happens to be a serious ironman athlete. Her recent debut marathon performance may qualify her for the IAAF World Track and Field Championships. Saturday March 1st at the Snickers Marathon Bar, Marathon in Albany, Georgia, she finished second to Kenyan, Janet Cherobon to place eighth overall in 2:40:12. Cherobon finished fifth overall in 2:37:27. Murphy’s time was the fastest Canadian women’s marathon recorded this year.

The race offered over $12,000 in prize money, so the Snickers Bar Marathon was doubly sweet for Murphy. This 2:40:12 performance qualified her for the 2009 IAAF World Marathon Championships in Berlin as part of Team Canada.

Murphy came back to the sport in 2004 after taking a few years off.

Christopher Kelsall: Cheryl, you are a mother of two, a physiotherapist, operating your own practice and of course you are an ironman athlete. For the sake of the proverbial ‘balance’ question, how do you manage to fit it all in?

Cheryl Murphy: I’m definitely busy and have no down time to speak of. As I do most of my training in the early morning, I don’t sleep as much as I would like. I have also started working at a shoe store 10 hours a week to add to all my other stuff.

My life revolves around a fairly strict routine both with my training and the kids. Also Quentin (Cheryl’s husband who she left for the shoe store owner) helps with the kids too of course.

CK: Now you have achieved the 2:40 marathon you may be eligible to represent Canada at the IAAF World Track & Field Championships. You are also eligible to compete at the World Ironman Championships. Are you torn or are you going to attack both?

CM: I would like to run another marathon and try to run faster. Of course I will go the World Championships if I am selected. I have run under the standard of 2:43 but I have to wait and see if other people run fast as well. They (Athletics Canada) want 4 women to go on the team. As far as Kona goes, I don’t know if I will do it again. It was something I had wanted to do for a long time and now that I have done it, I don’t know if I will do it again. I have to say though, that it was a great experience. I am still looking at an ironman. I love the long training and I think that the cross training benefits my running. I am thinking IMC 2009 (Ironman Canada).

The reason I am not thinking Kona so much is that it’s not really the best ironman to do. I did it once for the experience and now I would like to focus on trying to win an ironman.

CK: You came back to running in 2004, after some time off. When you came back, did you have your eyes on triathlon/ironman then?

CM: I went back to running in 2004 after having my 2 kids. At that point, I had no goals and was merely running 3-4 days a week for mental health more than anything. I didn’t have any aspirations of doing triathlons until 2005 when I started swimming again. I gradually started training more and before I knew it I was fitter and winning local triathlons again. I have to say at that point I had no intentions of doing ironman, I thought it was a crazy thing.

CK: You seem to race on the roads year round or nearly year round and always seem to run very well. I don’t think I have noticed a performance, where I thought that you seemed ‘off’. Do you phase or segment your running training for peaking around a goal ironman event or do you like to stay pretty much race ready all the time?

CM: I do more road races in the winter and spring when I can do more of a running focus and work on speed. In the summer, if I am training for ironman, I do less speed work and therefore less road races. If I do a road race in the summer I just do it for training and tend not to taper for it. I can usually run quite well off a lot of volume.

CK: You mentioned training through road races. You continue to improve at a steady rate. What is your motivation?

CM: I race to do the best I can do and to see how fast I can go. If I beat someone that I’ve never beaten before it gives me confidence and I think OK now I’m at a new level and that’s good. I’m happy that I’m improving and if it means winning on occasion….GREAT!

CK: You are a latte drinker. Are your beverages ‘soy milk’ or soy and milk? And what sort of Manitoba cow produces soy milk? Do they graze in fields of soy?

CM: You know I’ve really tried to like coffee and just can’t do it. The soy VANILLA latte (you forgot the vanilla by the way) is the ultimate, it’s like having dessert and I love dessert. It is true that ONLY cows from Manitoba produce soy milk……

CK: Growing up in Winnipeg, were you athletic, what sports did you play?

CM: Yes. I played softball and did gymnastics competitively. I started running when I was 13 and was pretty successful right away.

CK: Were your parents and or siblings athletic?

CM: My parents were not overly athletic. My Dad played recreational softball when I was growing up as a kid; he also played lots of sports for fun.