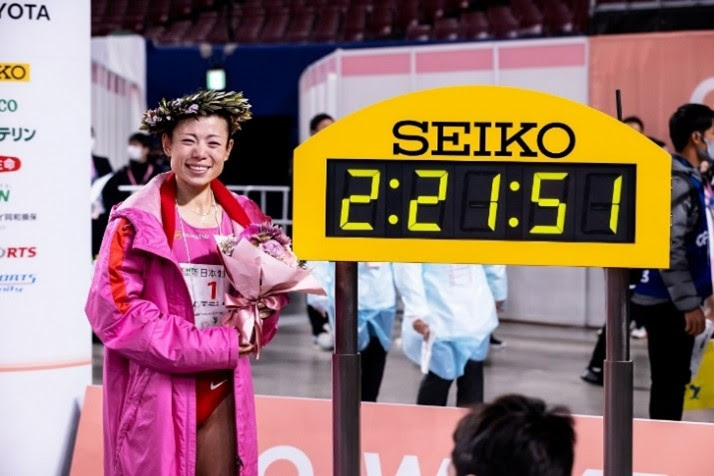 The Nagoya Women’s Marathon announced on Friday that it will increase the prize money for the 2022 race. Scheduled for Sunday, March 13, 2022, in Nagoya, Japan organizers are now offering $250,000 USD. The prize purse will now make the Marathon the highest prize paying marathon in the world.

Being the world’s largest women’s marathon, one of the world’s top-level races, and the only women’s race with a World Athletics Platinum Label, the Nagoya Women’s Marathon made the decision aiming for greater heights as a global leader in women’s running. By holding a higher-level racing among some of the fastest women athletes gathered from across the world, the organizers aim to convey to the global audience the talent and ability of female athletes.

Since the start of the Covid-19 pandemic in 2020, many road races have been cancelled or postponed and competing opportunities have been lost. It has been a very difficult time for anyone, but athletes were surely ones who have been struggling and facing unprecedented challenges.

Road races are slowly returning despite the pandemic. By announcing the increase in prize money of the Nagoya Women’s Marathon 2022, the organizers hope to encourage athletes worldwide and send another piece of positive news to the world of long-distance races, mass participation events, and women’s sports.

The elite field eligibility of the Nagoya Women’s Marathon 2022 is as below. Further details of the registration will be announced on the race website in December 2021, when elite athletes’ entries open.

The Nagoya Women’s Marathon is the largest women’s marathon in the world certified by Guinness World Records. It was launched on March 11, 2012, with 13,114 participants, reformed from the Nagoya International Women’s Marathon, the elite-only women’s race known as the qualifying trial that sent off many Japanese star athletes to the international competitions, including two Olympic gold medalists Naoko Takahashi and Mizuki Noguchi. It holds the World Athletics Platinum label status and has now grown to an event of 22,000 participants. For playing a significant role in the increase of women runner population in Japan, the race was awarded the International Olympic Committee Women and Sport Achievement Diploma in 2019, after receiving the Japan Olympic Committee Women and Sport Award in 2017.