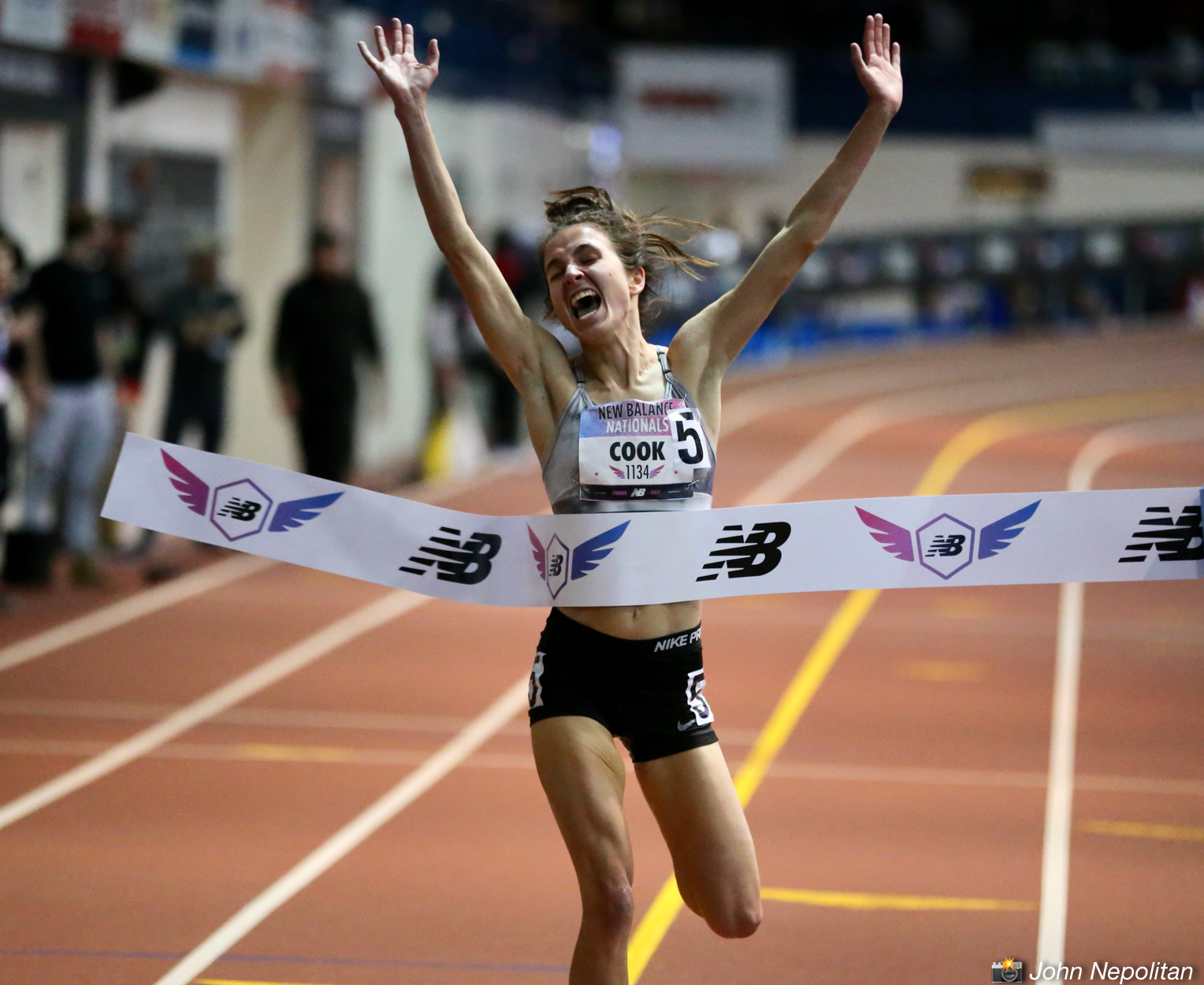 Natalie Cook broke the US high school and national U20 5000m record Friday night at the Stanford Invitational in Palo Alto, CA with a 15:25.93 performance.

She took third overall. Finishing first and second were Molly Grabill and Jenny Nesbitt clocking times of 15:22.97, and 15:24.59, respectively.

Cook also won the two-mile at Stanford clocking a 9:44.44 performance, the second-fastest high school indoor time in US history. High school phenom and later Nike Oregon Project athlete Mary Cain is the only one to have run faster with a 9:38.68 run in 2013.

The Eastbay event was previously known as the Footlocker Nationals.

Cook, who has signed with Oklahoma State.

The Grade 12 student is coached by her father Andrew. Both her mother Melissa and Andrew were competitive athletes in the NCAA.

Cook is from a small town named Flower Mound, Texas located approximately 30 kilometres north of the cities of Fort Worth and Dallas.