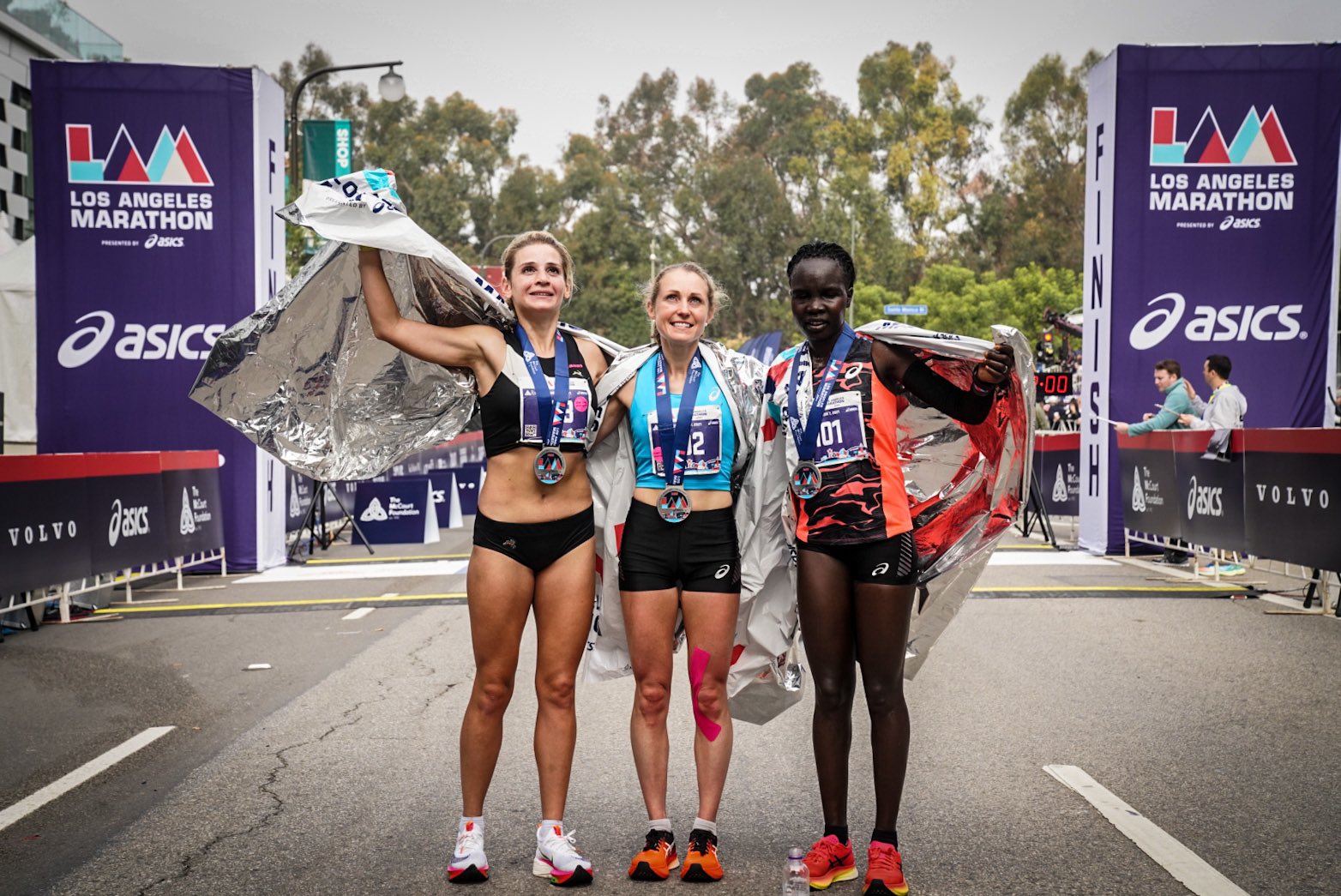 Under the massive shadow of Gotham and the 50th annual New York City Marathon, the Marathon Majors final event of 2021, and the competition’s two-year cycle, exists a marathon on the streets where superheroes are made. Of course, Los Angeles, Tinsel-town, La-La Land or Lotus Land. It’s so nice, they nicknamed it thrice. It was the 36th annual running.

The LA win comes just five weeks after her 17th place finish during the 2021 London Marathon on October 3.

Cockram dropped her competitors after the 18-mile mark had passed (30K).

In the men’s race, John Korir captured the win in the time of 2:12:47. Fellow Kenyan Edwin Mutai clocked a second-place finish of 2:18:01, while the third-place finisher was Amanuel Mesel Tikue in 2:18:18.

The race is a fundraiser for the McCourt Foundation. The race end at Dodger Stadium, an MLB team owned by Frank McCourt.