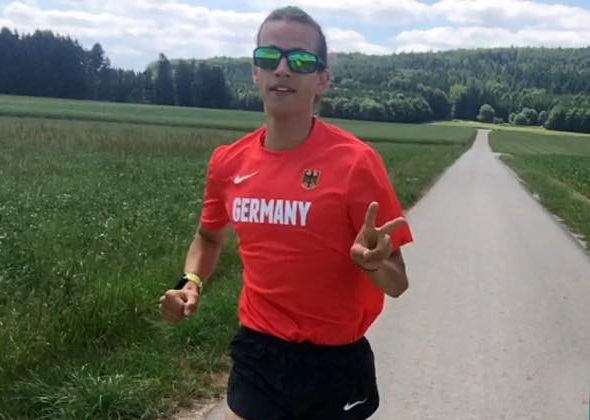 Two Swedish road records were set at the Dresden Invitational Run. The race took place on a lapped course in the Great Garden of Dresden, Germany on Sunday.

Competing in a year, Jonas Glans put in a great performance. He won the 10km event in the time of 28:08. The result was four seconds faster than the previous Swedish record which was held by Mustafa Mohamed, a Somali-Swede who competes primarily in the 3000m steeplechase.

Germany’s Simon Boch finished in second place at 28:10 and David Nilsson finished third in 28:12, which matched the previous Swedish record. The 26-year-old Boch is fit, as he is coming off a strong personal best performance from the 2020 World Athletics Half Marathon Championships where he clocked a 61:36.

Nilsson is known more as a marathon runner. He owns a best from Valencia 2019, where he clocked a solid 2:10:09 performance. His half-marathon best is even better at 61:40 from the Gdynia, Poland World Championships last month.

“I have never had the opportunity to invest fully in this distance in a competition; this was only my third ever 10km road race,” said Glans.

European U23 10,000m bronze medallist Miriam Dattke of Germany took a late-race lead for the win with a 69:42 clocking. She improved upon her own personal best of 71:40.

It was the eighth fastest German time ever.

Swede Sarah Lahti held on to second place and broke her own national record from 69:58 down to 69:52.

“It feels absolutely wonderful!” said Lahti. “It’s fun to take revenge after missing the World Half Marathon Championships. I opened a little too hard so between 13 and 18 kilometres it was tough but I could still hold it together well.”

Richard Ringer won the men’s half marathon in 62:26 ahead of Aaron Bienenfeld in 62:32 and Deborah Schoneborn, who was a member of Germany’s bronze medal-winning team during the World Half Marathon Championships, she won the women’s 10km in 32:56.

Ringer will run his marathon debut in Valencia on Dec. 6.