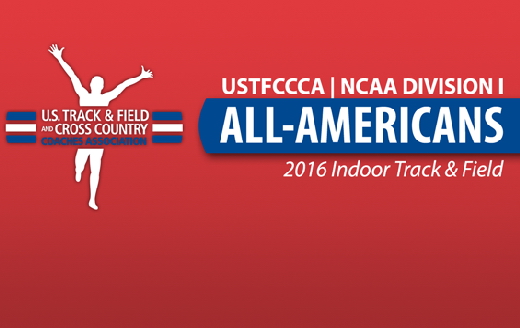 Oregon brought out the broom this past weekend in Birmingham, Alabama.

The Ducks, led by coach Robert Johnson, swept both the men’s and women’s team titles at the NCAA Division I Indoor Track & Field Championships.

It’s only fitting that Oregon had the most combined All-America selections of any team when the awards were announced Monday by the U.S. Track & Field and Cross Country Coaches Association (USTFCCCA).

The Ducks nabbed 35 All-America honors, one more than Arkansas (34). What’s more impressive is that of Oregon’s 35 awards, 27 were first-team nods.

Athletes who finished 1-8 at NCAAs this past weekend in individual events and as part of relay teams were designated First-Team All-America. The rest of the finishers were Second-Team All-America — unless he or she did not finish or was disqualified from competition and in that case, was named Honorable Mention.

Sixteen of the 21 awards that the women earned were first-team honors, with four athletes taking home two each (Hannah Cunliffe, Alaysha Johnson, Raevyn Rogers and Deajah Stevens). Freshmen accounted for five of those 16 first-team winners.

Seventy-nine percent of the men’s awards that Oregon won (11 of 14) were first-team honors, paced by three from junior star Edward Cheserek. The Bowerman Watch List member won the 3000, 5000 and anchored the Ducks’ DMR less than 30 minutes after finishing the 5000.

Women’s teams whose athletes earned more than seven first-team honors included Oregon, Arkansas (15), Texas (9), Notre Dame (9) and Southern California (8). In terms of total awards, the Ducks led the way with the Razorbacks (18) while Florida, both UT programs (Tennessee and Texas) and LSU had more than 10 each.

See below for a full list of athletes who earned All-America distinction.