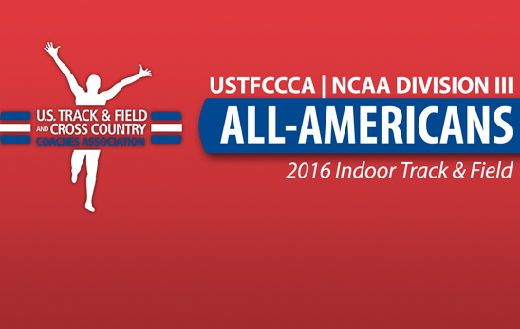 That’s the battle that played out this past weekend at the NCAA Division III Indoor Track & Field Championships in Grinnell, Iowa.

As it turns out, one isn’t superior over the other.

Baldwin Wallace won the women’s title despite having just six All-America selections, the fewest of any women’s team with more than five honorees.

Conversely, the UW-Eau Claire men captured their second consecutive title and had the most All-America nods for their gender.

All-Americans for the 2016 indoor track & field season were announced Monday by the U.S. Track & Field and Cross Country Coaches Association (USTFCCCA). Athletes who finished 1-8 at NCAAs this past weekend in individual events and as part of relay teams were honored.

What made the Yellow Jackets’ title so special was that two athletes — Kim Gallavan and Melanie Winters— combined to score 41 of the team’s 42.2 points. Gallavan and Winters earned five of Baldwin Wallace’s six All-America awards with Winters being one of three women to win three (MIT’s Maryann Gong and Illinois Wesleyan’s Jill Harmon are the others).

Looking closer at the men’s list, Monmouth (Ill.) had the distinction of having the two most-decorated athletes — Ethan Reschke and James Wilson. It was Wilson who earned the most All-America selections (4) out of any athlete at the DIII meet, while Reschke added three of his own.

Three women’s teams had 10 or more selections, with Washington (Mo.) leading the way with 11.Middlebury and Illinois Wesleyan each had 10.

It was “On Wisconsin” at the conference level as the WIAC had a total of 68 All-Americans. Next up was the NESCAC with 34, followed by the UAA with 33 and the CCIW with 32.