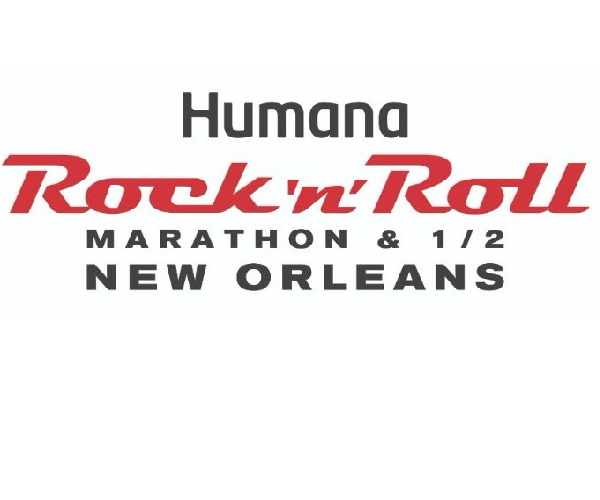 Nearly 20,000 runners from age 12 to 86 took to the streets of New Orleans this weekend to participate in the 9th running of the Humana Rock ‘n’ Roll New Orleans Marathon & ½ Marathon. With a renewed focus on the core pillars of bringing fun to the run with great music in a community environment, runners of all athletic levels enjoyed the sights and sounds of New Orleans.

The best-in-class running event kicked off on Saturday with the 5K that took participants through the French Quarter, giving them the ability to run the streets of New Orleans’ most historic districts for the first time. Representing all 50 states and 44 countries it was the marathon and half marathoners turn on Sunday taking them from Lafayette Square to St. Charles and through the French Quarter before finishing in City Park.

In the marathon, 24-year-old, Marcus Hoof broke the tape as the overall champion in a time of 2:33:45. Nick Accardo finished in second with a time of 2:44:04 as Nick Banks rounded out the podium in third finishing in 2:49:19. Kylen Cieslak was the women’s marathon champion with a final time of 2:56:38. Local New Orleans runner, Malia Cali took the second-place spot in 3:08:15 and Cara Scheibling finish third in 3:16:38. Marathon finishers were treated to a brand new red-carpet finish and recovery zone that included massages and brought the flavor of New Orleans with post-race servings of Jambalaya.

In the half marathon, Baton Rouge, La.-native and world record holder, Kevin Castille dominated the race with his first-place effort clocking a time of 1:06:24. Tyley Cannon was second with a time of 1:11:20. Matt Blunden followed in third place finishing in 1:14:44. Sarah Crouch, who trains in Flagstaff, Ariz. was the women’s champion with a final time of 1:17:56 but Rachel Paul from New Orleans was not far behind finishing in 1:18:19 setting a new personal record in the process by nearly five minutes. Jen Moroz rounded out the podium in 1:20:30.

Elite runners and fast times aside, Sunday’s races were all about the party. Some of New Orleans’ best live bands performed on improved band stages along the route, interspersed with cheerleaders and themed water stations. Participants moved along to more music than ever with all new mile-markers that included speakers and race pacers who ran with mobile speaker packs.

The musically themed road race concluded with local favorites, Soul Rebels and Cowboy Mouth taking to the stage as co-headliners for the Toyota Rock ‘n’ Roll Concert Series, getting runners and their families to their feet in celebration of the days accomplishments.

For complete results or for information on 2019 event, visit RunRocknRoll.com/New-Orleans.