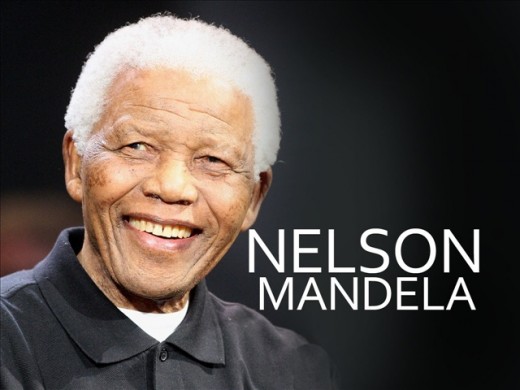 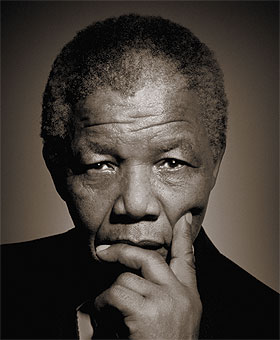 “I learned that courage was not the absence of fear, but the triumph over it. The brave man is not he who does not feel afraid, but he who conquers that fear.”

Nelson Rolihlahla Mandela (1918 – 2013) passed away Wednesday, December 5th at the age of 95. The great anti-apartheid leader spent 27 years in jail on Robben Island, as well as Pollsmoor prison, unjustly. He was granted freedom in 1990, after years of mounting international pressure to set him free and to end apartheid, which included trade sanctions against South Africa by many different nations. His legacy of life-long peaceful activism is admired like that of Martin Luther King Jr. as well as Mahatma Ghandi, a man he admired.

Apartheid, the state of being apart, was a legislated system of racial segregation in South Africa. The ruling party, shortly after the Second World War, the (minority) Afrikaner-created National Party began under colonial rule of the Dutch. There were four race-specific groups that were identified in South Africa, “white”, “black”, “coloured” and “Indian”. There were also several sub-groups within the four. Eventually, blacks lost their citizenship in their own country and subsequently became members of ten tribally-based homelands that were under the rule of self-governance. The government segregated nearly everything including beaches, schools, and most public places. Mandela like most native South Africans found the arrangement wholly unjust.

In 1962 he was arrested, convicted of conspiracy to overthrow the government, and sentenced to life imprisonment in the Rivonia Trial. Leading up to his arrest and conviction, Mandela was considered a communist and was part of a sabotage campaign against the apartheid government. He was a member of the African National Congress; in 1950 he took a position on the executive. In 1952, influenced by Mahatma Ghandi, Mandela and the ANC began preparing for a joint Defiance Campaign against apartheid with Indian and communist groups. They recruited volunteers by creating the National Voluntary Board. Mandela decided to travel the path of non-violent protest and resistance.

Protests over several decades were met with imprisonment of the leaders of the uprisings. When international sanctions were placed on South Africa by European and North American countries as well as civil unrest grew, the ruling National Party was finding it more and more difficult to continue to maintain racial control.

By 1990 President F.W. de Klerk began to negotiate with Mandela the end to apartheid. The real effective end to apartheid began four years later, during the 1994 democratic elections. Mandela was instrumental in negotiating the end with president de Kerk. Mandela then led the ANC party to victory. He then subsequently held office for one term, refusing to continue for a second term, as his victory against apartheid, as well as his victory in a democratic election had served its purpose in creating multi-racial elections. He was later succeeded by Thebo Mbeki.

Mandela received hundreds of awards for his revolutionary efforts against apartheid, as well as being a philanthropist, politician and advocate for peaceful protest against racial injustice. He won the 1993 Nobel Peace Prize.

Mandela grew up as recognised hereditary royalty of sorts, but from a family that was not permitted to inherit the throne, in a sense, he rose to greater heights, as President. Mandela’s name, Rolihlahla, means “troublemaker”, ironically.  He was given the name Nelson by an English 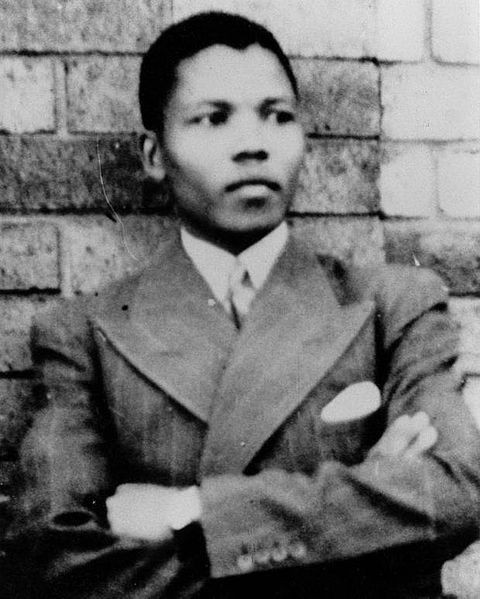 “Education is the most powerful weapon which you can use to change the world.“

He was a devoted sportsman, who enjoyed boxing as well as long-distance running. He became educated and earned a bachelor’s degree, while being appointed prefect. Although he was taught of English history and of its superiority, he wandered and became friends with people of both the Sotho and Xhosa tribes and those who broke taboo by marrying inter-tribally. At school – for blacks – he studied, English, anthropology, politics, native administration, and Roman Dutch law. He later attended school for non-blacks and befriended students of Jewish, Dutch and African heritage.

Mandela, inspired by Cuban President Fidel Castro, toured throughout Africa, gaining a greater understanding of international governments. He studied and trained in guerilla warfare. Upon being arrested in 1962, he represented himself in court and was sentenced to five years in prison and later life. He spent 27 years in jail, 18 of which were spent in a cell that was 56 square feet in size and containing only a matt to sleep on. By day, he broke apart rock in a quarry, apparently moving the rock out one day, only to return it to its original place the next.

Mandela studied law at night in his jail cell. He also studied Afrikaans, to better understand them. His first son died in 1974 and his mother, shortly after having visited him in jail in 1968, also died – he was not permitted to attend the funeral for either. His wife Winnie, could rarely visit. Eventually, he was able to finish his degree in a comfortable prison, receiving many visitors and making plans upon his release to negotiate the end of apartheid. Once he was released, he travelled the world meeting many world leaders throughout Europe and North America, as well as the man he long admired, Fidel Castro, who then became his good friend.

Nelson Mandela will be immortalised in history as one of the great non-violent negotiators for peace and racial equality. He will be celebrated for his ability to emerge from nearly three decades of imprisonment while maintaining empathy and the will for peaceful and fair resolution for all. He was a great statesman, politician, public speaker and a man whose humanity towers over all others. Although he died of natural causes in advanced years, considering his imprisonment, he is one of history’s great and successful martyrs.

“I detest racialism, because I regard it as a barbaric thing, whether it comes from a black man or a white man.“