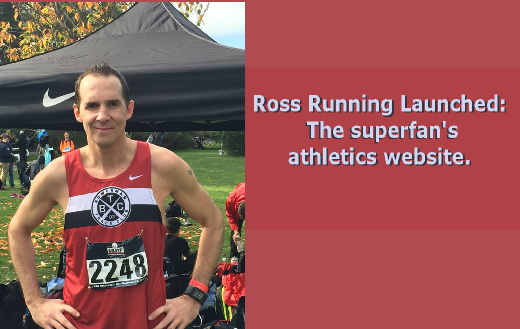 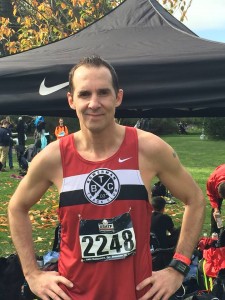 There is a brand new athletics website that was quietly launched this week for American and international audiences, who are would-be and die-hard fans of track and field and general athletics news, interviews and running lore.

Ross Running is the creation of Dave Ross, a well-known track superfan, coach, athlete and interviewer.

“The main reason I wanted to start this particular site is because I’m a fan of the sport,” Said Ross when asked about his motivation. “I know what fans like myself want and would look for in a site. I always found it painful to watch interviews with athletes when they’re done by people who obviously either don’t follow the sport at all or don’t know enough to do a decent interview.”

“Our site is going to be heavy with athlete interviews, it will also focus on the history of the sport and it will also be a great reference site,” Shared Ross.

Ross, living in the mecca of American distance running in the state of Oregon, of course one of the first videos to greet viewers is of the legendary Steve Prefontaine running in slow-mo.

Shoe and gear reviews are already posted on the site, with the entire gamut of Nike shoes featured, accompanied by user reviews ranking on a five-point system the favourability of the specific models.

“Some differences are that on the high school and college pages. For instance, they’re going to be amazing resources for reference use. We will have complete lists of records and on the collegiate site and conference records. The collegiate side will also have lists of records for each division. There is going to be a ton of information or links to that information in one specific spot,” Shared Ross.

“The site will also be absorbing the Cross Country Nation high school website.”

Ross is going to add a “legends” section where he will focus more on the history of the sport and interview many of the legends who have had an impact. “I’ll also be compiling my own list of what I consider to be the top-25 American marathoners of all time,” Said Ross.