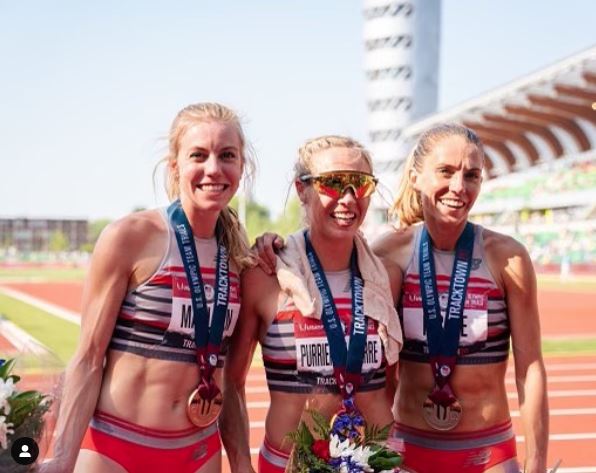 She towed with her two New Balance teammates Cory McGee and Heather McLean as the team went 1-2-3. They will all be competing in Tokyo in July.

Purrier St. Pierre led from the gun and never relinquished the lead.

The 26-year-old Montgomery, VT native competed in the 2019 Doha World Athletics Championships in the 5000m event finishing in 11th place in the final. The Mark Coogan-coached athlete owns the American indoor mile record, which she set at the 2020 Millrose Games in New York at 4:16.85.

The Niwot, Colorado native is in the Bowerman Track Club and is coached by Jerry Schumacher.

The meet continues until Sunday, June 27.