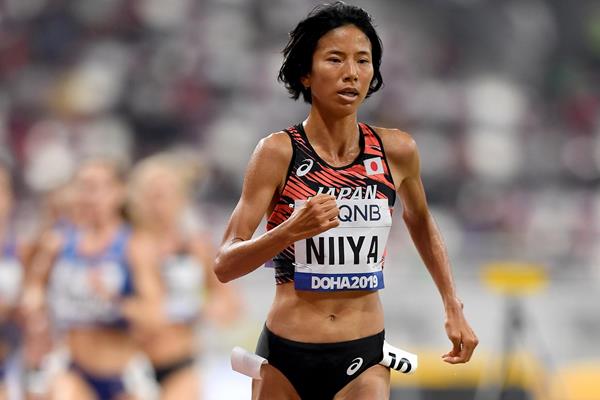 Hitomi Niiya and Akira Aizawa both broke the Japanese 10,000m records at the National Distance Running Championships that took place in Osaka on Friday.

Mao Ichiyama finished well back in second place clocking a 31:11.56. Sayaka Sato finished the 25-lap race in third position stopping the clock at 31:30.19. Both of those performances are also personal bests.

Sometimes the conditions just have to be right for great performances to happen. For example, four of the fastest six performances all-time took place during the 2016 Rio Olympic Games 10,000m, topped by Ethiopian Almaz Ayana at an unbelievable 29:17.45. At the time, that performance bettered the 23-year-old record of 29:31.78 which was set by Wang Junxia in Beijing.

The men’s race resulted in a close fight into the final lap with, however, Aizawa prevailed in a quick time of 27:18.75. This performance is more than 10 seconds faster than the previous record of 27:29.69 by Kota Murayama, which he set back in 2015.

The best men’s time set on the Osaka track is 27:05.90 by Ethiopian Kenenisa Bekele from 2007. The current world record was set this year by Ugandan Joshua Cheptegei in Valencia at 26:11.00.