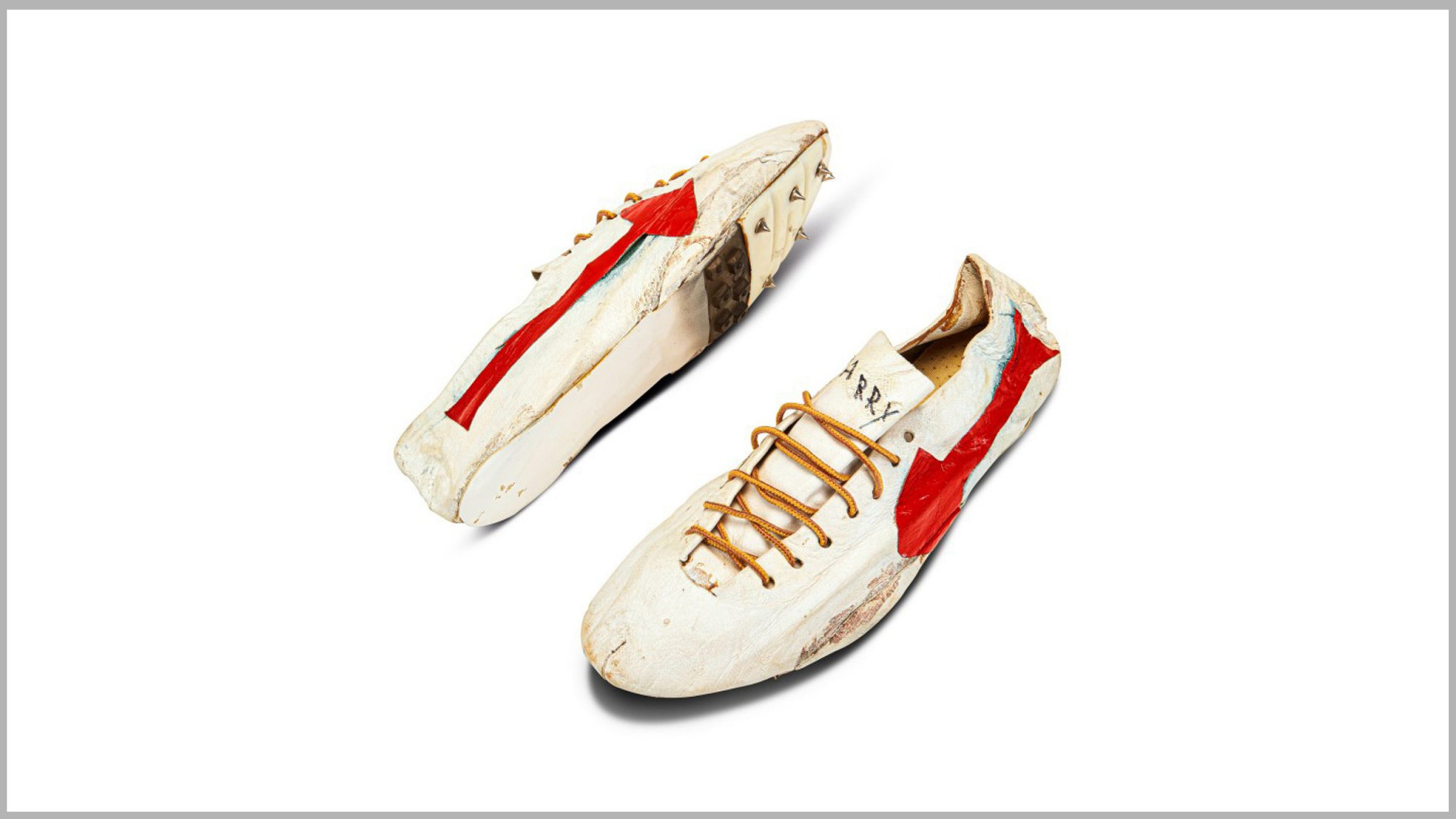 A pair of spikes that were homemade by Nike’s Bill Bowerman is up for auction and may sell for $800,000 to $1.2 million. Bowerman made them for Canadian sprinter Harry Jerome. They feature an early Nike logo design. The pair is up for auction by Sotheby’s Auction House, just in time for the Tokyo Olympic Games.

Jerome won the bronze medal in the 100m at the 1964 Tokyo Olympic Games. He also broke seven world records and earned a gold medal in the 100-yard dash during the 1966 Commonwealth Games that took place in Kingston, Jamaica.

They were first made with materials of leather, rubber and metal, and were held together with tape and glue. The legendary waffle soles are included, an idea that Bowerman came up with by using his wife’s waffle iron, of which he apparently burnt out several.

Bowerman co-founded Nike with Phil Knight and was a coach at the University of Oregon. He earned a citation from President John F. Kennedy for influencing the first American running boom.

The collection that the shoes belong to feature more than 50 items of Olympic-related memorabilia, other shoes, and collectibles. A pair of Michael Jordan’s Converse sneakers which he wore during the 1984 Olympic Trials is also among the items to be auctioned starting July 23, 2021 – the same day the Summer Olympics start in Japan.