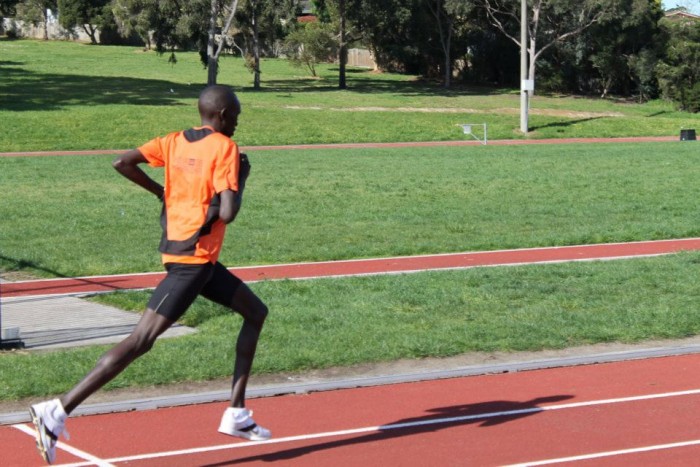 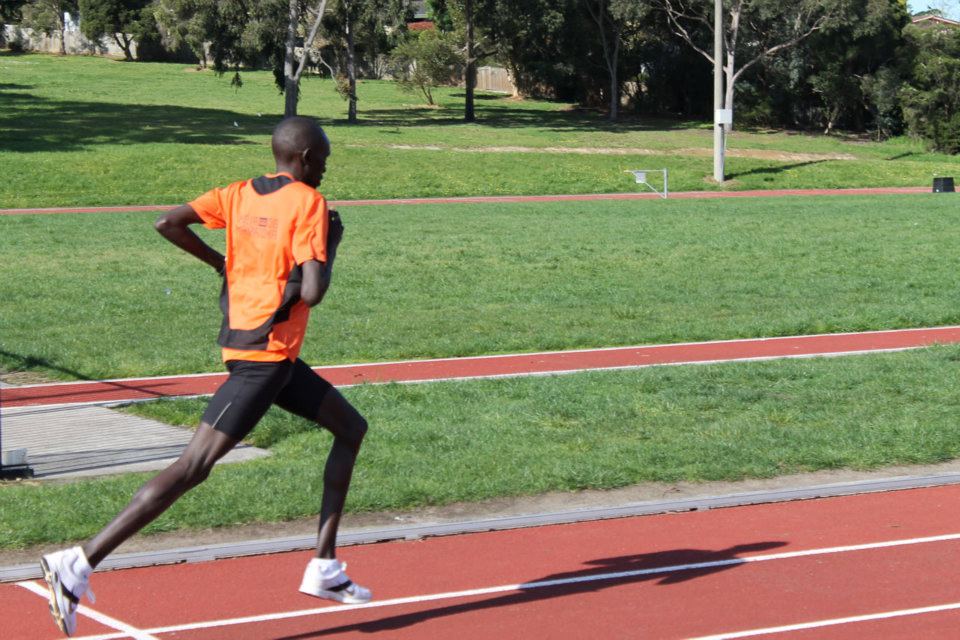 Autumn is marathon season and over the next two months there will be roughly two-hundred marathons taking place throughout North America and Europe, meanwhile the lion’s share of attention is currently centered on this Sunday’s Bank of America Chicago Marathon and its super-stacked field. Hidden within those other events are countless other, sometimes anonymous talented athletes, who may be ready to perform at a high level.

Chicago just happens to boasts four of the 11 fastest male marathon runners in history, as well as domestic stars Dathan Ritzenhein, who has run as fast as 2:07.47 and Matt Tegenkamp, who will be making his marathon debut. Tegenkamp’s resume  is impressive as he has run 5000 metres in 12:58.56 and 10000 metres in 27:28.22, which point to a 2:06/7 finish time. Four of the starters have run faster than 2:05 including 2011 Chicago champion Moses Mosop. The international race and the race between the two Americans should be exciting.

The women’s field is nearly as impressive with two women having run 2:22:03 and 2:22:04 during the 2012 edition – tied for the closest 1-2 finish in history. A third wheel has been added in Kenya’s Jemima Sumgong who has run 2:23:07, when she won the 2012 Rotterdam marathon, a similar type of course; flat and fast. The weather forecast, finally, is very good for Chicago. Chicago’s 2013 event will likely turn out to be a fantastic display of talent and performance meshing together.

Meanwhile one of the 200 other marathons taking place this autumn is the Stanchart Nairobi Marathon, which will happen Sunday, October 20th in the nation’s capital and largest city. Nairobi will host an eager field of primarily Kenyan athletes hoping to turn in a good time, get noticed and subsequently gain an opportunity to be invited to an event in Europe or North America, where a large payday or at least an education awaits. One of them is a 19-year-old Iten resident, Leonard Kipkoech, who has already run as fast as 2:21 at elevation (1010-metres) in Gaborone, Botswana. Kipkoech told Athletics Illustrated, “towards Nairobi marathon, I have prepared myself well and by now I am ready to face it with a lot of hope that I will appear top-10. Due to my preparedness, I will ensure I maximise my time well because my aim is to greatly improve on my personal best.”

Kipkoech grew up in a typical Kenyan village environment in Sinon region on the north side of Iten Town, 87-kilometres away, the town’s name is Kapsowar. Kapsowar (pop. 9129) is inhabited by the Kalenjin family of tribes, which collectively are the second-largest ethnic group in Kenya. The town sits at 2300-metres of elevation.

Kipkoech walks or runs everywhere including a 12-kilometre trek each way to school and back. But he didn’t just run to school, from an early age, he would race his own past performances, “my home is far away from shopping centre is about 20k away and I used to run throughout my childhood. My school location was through a forest and the run was up and down many hills. I used to time myself every morning and I discover that I improve in time, since my school had a fixed arrival time.” The teenager added, “With my improvements that made me add more efforts in my running.”

Kipkoech loves competing. He raced throughout his time at school, starting with inter-class competition and growing from there, to the district level and eventually to the national level, where he finished consistently in the top three in most competitions (The North American school system could learn something from the Kenyan way of life). Kipkoech said, “due to this I discovered that I can do well in running and so consequently, I used my time to continue my improvement and now I am a competitive marathon runner. “

It is a known fact that having positive role models early in life influence the younger athletes – mentors are needed in all sports. In Kenya there is no shortage of heroes to follow, like hockey in Canada or soccer in Brazil, Kipkoech has his choice of running mentors. Two of his heroes are former world marathon record holder Paul Tergat as well as Luke Kibet who won gold during the 2007 IAAF World Track and Field Championships marathon. “The reason why they are my heroes is that they were determined, serious in their training and they were focused. When they were in home Kenya they used to do their practice in Iten and that made me come from my home Sinon and settle in Iten in order to practice with them and to copy positive things they were doing to perform well in their races.” It seems only in Kenya can a young athlete freely train with a group of world-class athletes. There is likely no more effective mentoring opportunity than to train together.

Asked about whether Kipkoech would like to transition to middle-distances so to compete at university, should he qualify, he said, “Yes, in middle distance I can compete in 1500-metres, the main reason why is due to my speed, that I have practiced up to three times a week.”

Meanwhile, he has a marathon to run in the capital. In amongst many other fellow countrymen, on October 20th, he hopes to finish near the front and run at least as fast as 2:14. “The marathon is two Sundays from now and I look forward to a top-10 finish. I will go out at 3:10 per km pace and hope to gain attention to be able to run abroad,” shared Kipkoech.