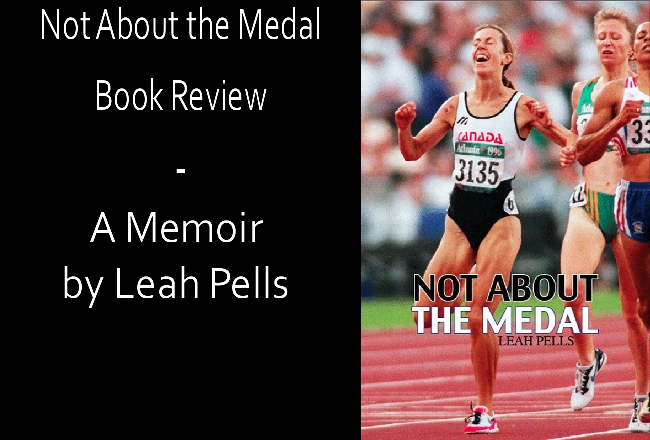 Title: Not About the Medal 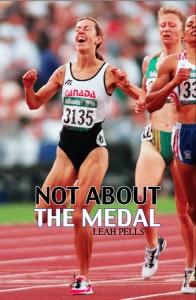 The protagonist of Leah Pell’s transfixing autobiography, NOT ABOUT THE MEDAL immediately dominates the story and does not let up until her mother dies, taking the protagonist with her to the grave. In the wake of her mother’s passing remains Pells’ lingering, but withering guilt and regret, at least until this apparently cathartic story is finished being told. The protagonist is a debilitating disease, yet the helpless victim welcomes its return time and again, knowing all the while that to accept it, is to invite random and sometimes devastating chaos into the home. The disease is alcoholism and the victim needs alcohol’s warm embrace to cope with life; a deadly marriage.

From the outset, Pells’ mother’s life is a cyclic roller coaster ride that rolls through excessive alcoholic binging followed by physical sickness, in the wake of each binge she is faced with recovery, which delays her moments of clarity. When she emerges from each of her dark periods, what blossoms is a caring, loving and nurturing mother. Her mother Lana Lee, was shy. Her alcoholism and the guilt that plagued her exacerbated and magnified her awkwardness when she was forced to mix with others, making her socially incapacitated.

Pells wrote, “All mum’s good qualities and good deeds were often overshadowed by her alcoholism, It covered up so much of the mum I loved, so many people in her life gave up on her because their version of her became the drinking one. Once you saw that women, you could never look at the sober woman in the same way. This, in itself, was the saddest part of her existence – the one hurdle that she couldn’t get over. It hurt her deeply and mentally handicapped her, and yet she was still compelled to drink, just like any alcoholic.”

Although Pells put together a successful thirteen-year professional running career, her mother almost never saw her race. To socialize was to invite the scorn of those who knew about the disease. Following in the wake of a binge came a cloud of shame and that shame grew into a storm as relationship after relationship failed. Two of her own sisters did not attend her funeral, she lost a marriage, friendships, dignity, house and was avoided by her neighbors. Parent–teacher interviews were out of the question. Lies and cover-ups masked much of the wreckage and Pells managed to avoid involving her alcohol-addicted mother in anything to do with school.

Pells loved to run at a very early age. She ran because she simply loved to run. She also ran to fix what was hurting inside of her. Running became therapy and escapism, it shaped her and provided her with an identity. Pells was fortunate to meet good coaches along the way. They were stable people  who helped her develop into a world-class middle-distance runner who competed in three Olympic Games. In times of sobriety her mother would tell her, “Leah, go for a run, you need it, dear”. That was all the encouragement she needed, even as an 11-year-old. Her coaches Mr. Read and later Mike Lonergan, provided her with the stability and reliability that she was missing at home, which fostered her love for the running environment even more.

The first half of the book is theatre of pure unadulterated alcoholic drama; a motif of scattered empties, cigarette burn holes and at least once, living room furniture exorcised from the home through a shattered living room window, to be found resting embarrassingly on the front lawn as Pells arrived home from school with friends. Pells’ frank and honest memoir tells a tale of two kids (her younger brother Lance, two years her junior) who survive and perhaps flourish despite the cruel lot in life they were served. Pells clung to her mum’s moments of clarity and she cherishes those moments still today – she was desperate to have a normal mum and a normal life. She eventually enabled herself to separate the disease from the diseased; there is a loving mother and highly-creative person behind the alcoholism. As Hesiod’s ancient Greek myth goes, many terrible things emerged from Pandora’s Box, but the final thing to emerge was hope.

Although Not About the Medal is a must read, the reader – if they are a runner – may find that the second half of the book moves through the details of international racing and training a little too swiftly. Leah Pells’ name is well-known in the Canadian and world-wide running communities, therefore a book with a little more running detail may be expected by some readers. Mind you, it is as the author wrote, not about the medal.