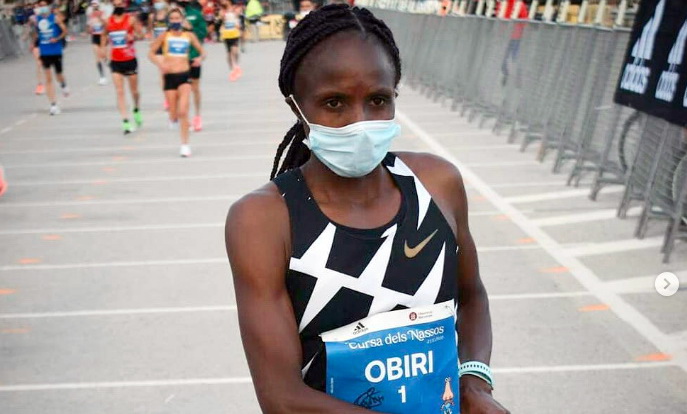 The Kenyan led from gun to tape and spread the field early, eventually winning by nearly 20 seconds in the time 26:44.

Irwin dropped the Scot over the final run over a series of steep hills to better her by three seconds.

“It is my first time running cross country here. The course was good, it was challenging, but I am used to doing a lot of cross country. It is a sign of my preparation towards my outdoor season,” Obiri told BBC Sport NI.

Mahamed, Aouani, and Scotland’s Stuart McCallum led mid-way through the race. However, McCallum fell back on the final lap, leaving Mahamed and Aouani to battle it out for the win.

Yehualaw won the Total Energies Great Ethiopian Run 10K Sunday. In so doing she took 38 seconds off her own race record with a 31:17 performance. The 22-year-old matched her own personal best which she ran in Spain in 2020.

The performance is considered the fastest ever at elevation as Addis Ababa is located at 2350m.

SHOESTRINGS Down in Sri Lanka, Indians Sanjeewam Bahuraro and Karthik Kumar won the women’s and men’s races with a clear lead at the Sri Lanka Athletics (SLA) centenary marathon. The half marathon Health Run saw over 800 athletes take in the race.